Huawei says smart city business will grow despite US pressure

Senior executive says unit has enough inventory to expand through 2021 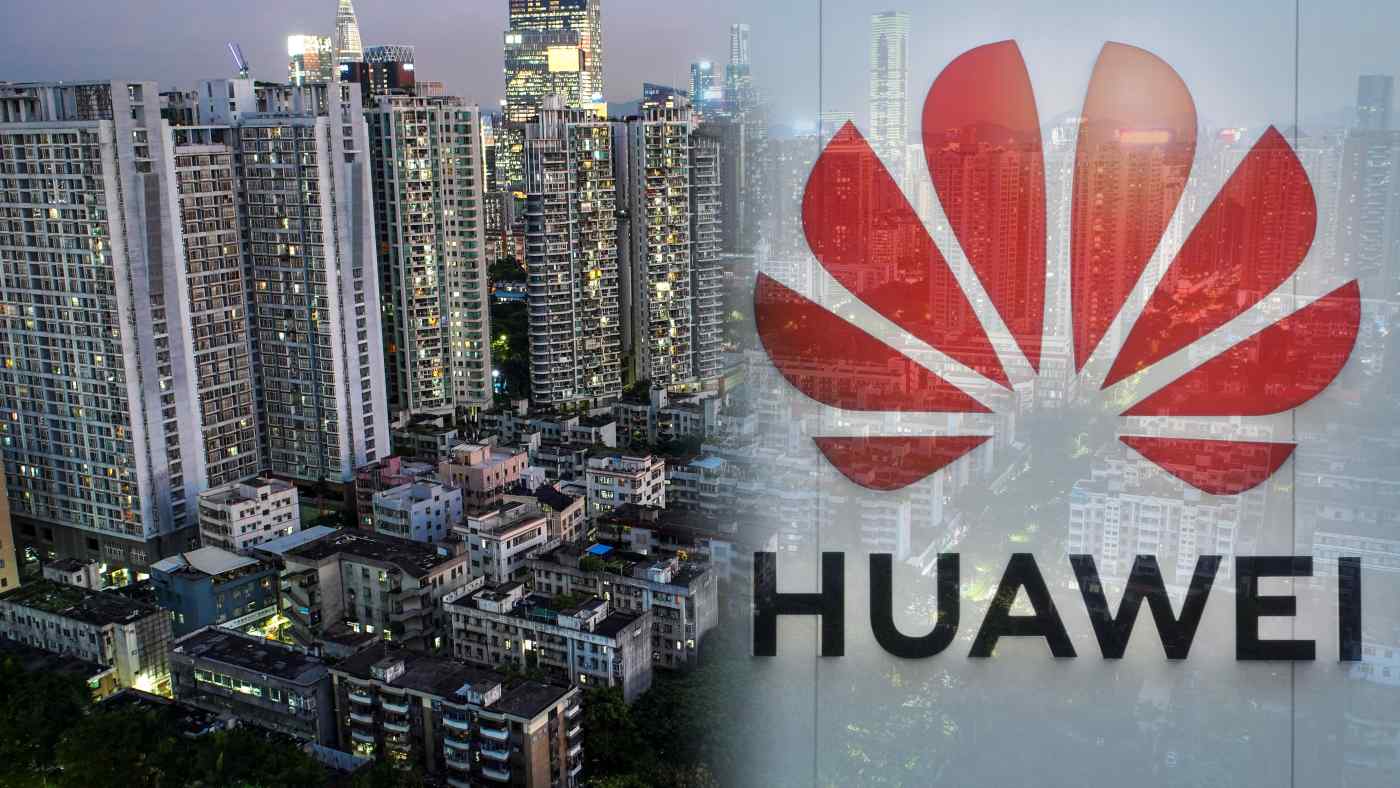 TAIPEI -- Huawei Technologies can continue to expand its global smart city business in 2021 despite the U.S. crackdown that is threatening the Chinese company's flagship smartphone operations, a senior Huawei executive has told Nikkei Asia.

Edwin Diender, chief digital transformation officer of Huawei's global government business unit, said in an exclusive interview that he is optimistic about the prospects for his division -- which handles all of the company's smart city and digital transformation projects in 40 countries and more than 700 cities -- for this year and next.

"For 2020, I still see double-digit growth. For 2021, [the growth] will probably be a little less than you would expect, but it will still be more than 2020," he said, though he added that growth will be lower than previously expected due to the pandemic and U.S.-China tensions.

Diender said no projects have been canceled, but confirmed that some have experienced development delays. The executive, who has been working with Huawei since 2011 and was hired to help set up industry solution sales practices in the company's Enterprise Business Group, listed education and health care digital transformation projects as major growth areas for 2020. Geographically, he said the most promising markets include those in Africa, the Middle East, Eastern Europe, Russia, Southeast Asia and China, while business in Western Europe is expected to slow. Diender's remarks come as Huawei fights for its survival against U.S. restrictions, the latest of which bars global chip and components suppliers from serving China's biggest tech company without a license. Most market watchers expect Huawei's smartphone business -- which surpassed that of Samsung Electronics by shipments in April-June -- could plunge more than 60% next year due to Washington's latest clampdown. Huawei is still slated to introduce its latest premium smartphone -- the Mate 40 series, the company's answer to the latest 5G iPhones -- on Oct. 22.

Compared to its flagship telecom equipment and leading smartphone businesses, Huawei's global government business unit is less known. Nevertheless, it boasts some 6,300 staff and is the largest department in the company's emerging enterprise business group, which accounted for more than 10% of its total revenue in 2019. Despite Washington's efforts to persuade allies to block Huawei, the company has secured many contracts for crucial tech infrastructure and networking integration projects in such areas as education, health care, energy, transportation and banking.

Huawei's technologies can be found in a wide range of projects: an international financial center in Dubai, the largest hospital in the Netherlands, the biggest private internet service provider in Indonesia, a public safety program in Kenya, and a government internet upgrade project in Brazil, as well as massive Wi-Fi hotspots launches in Mexico. Domestically, Huawei has participated in over 80 smart city projects, including in Beijing, Shanghai, Shenzhen, Suzhou and Dongguan.

Diender told Nikkei Asia that his company has prepared enough inventory -- and the warehouses to store it -- to ensure business continuity.

"We have been stockpiling, we have been creating warehouses with pieces of technology that we're able to use to be able to continue to deliver," Diender said.

The executive added that his department is more project-based and in some cases could use external solutions rather than all Huawei equipment, so the supply chain issues would be less of an issue than it would for consumer electronics like smartphones.

"We have lower [shipment] volumes [than consumer electronic devices]. That means that the [supply chain] vulnerability is a little lower," Diender said. "But we have been doing the same also in the enterprise business group, under the principle of business continuity management. We have to make sure that we are able to deliver beyond the warranty period and guarantee terms and conditions in our service contracts towards our partners."

He added that Huawei is still hiring around the world for its innovation teams, research centers, business departments and product teams, and said the company is looking to forge more international partnerships.

Huawei has provided digital services for managing public security to government customers in more than 100 countries and regions, according to the company's annual report. It has over 28,000 partners worldwide to serve the enterprise market, including over 22,000 sales partners, 1,200 solution partners, 4,200 service partners, 1,000 talent alliance partners, and 80 investment and operation and financing partners, many of whom are industry-leading players such as SAP, Accenture, and Siemens, the report said.

Huawei's rotating chairman Guo Ping in September said his company wants to continue working with all the suppliers who are willing and able to stick by the Chinese company against the increasingly intense U.S. crackdown. Guo said his company has relatively sufficient chip supplies for its telecom equipment, server and cloud businesses, while the company is still working to solve chip issues for smartphone business that need to consume hundreds of millions of components.