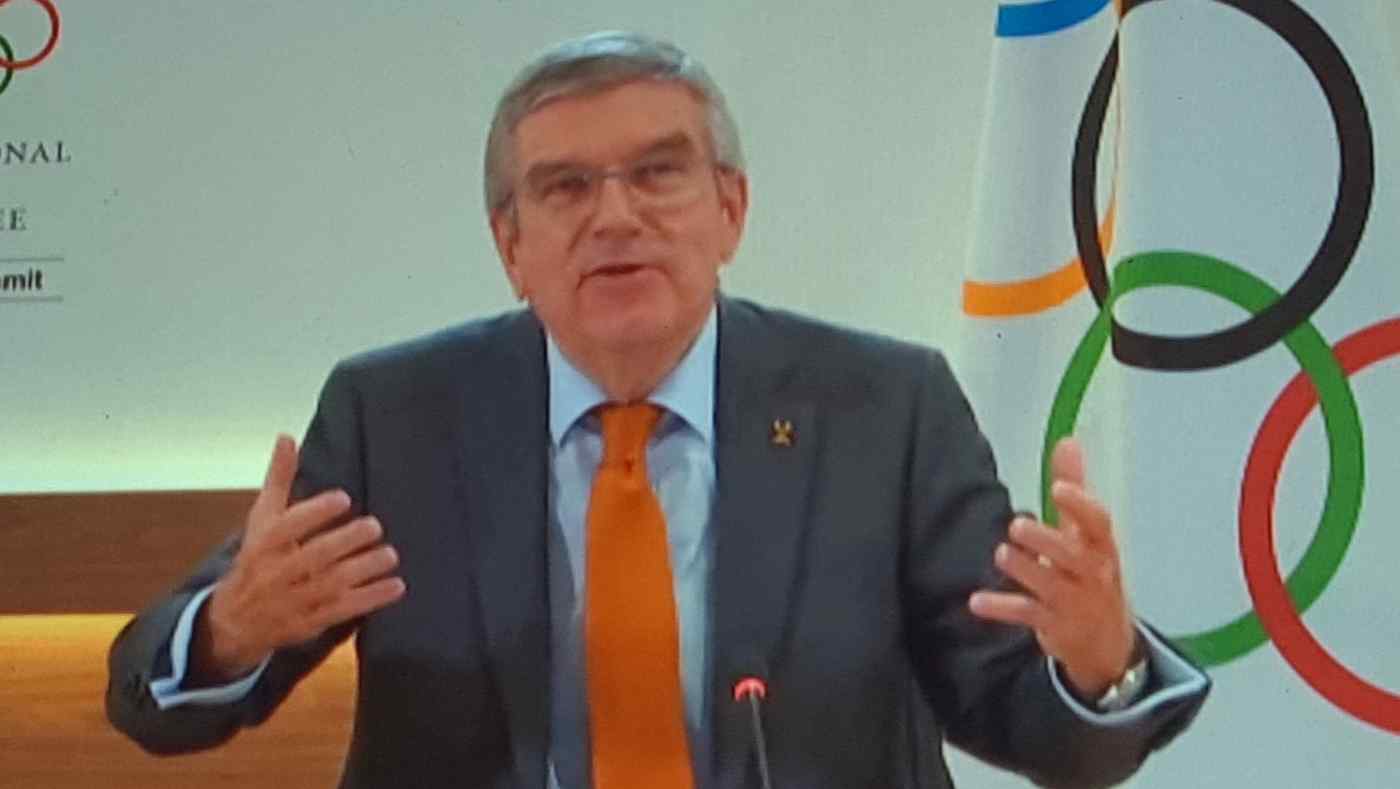 Thomas Bach tells Nikkei that the Tokyo Olympics will help the community of nations reconcile differences that have sprung up during the COVID crisis.
TOGO SHIRAISHI, Nikkei staff writerDecember 16, 2020 21:05 JST | Japan
CopyCopied

As it will be the first global sports event since the COVID-19 pandemic began, "there can be no doubt that the Japanese people will not only write Olympic history but write world history with this Olympic Games," he said.

Bach exchanged opinions with Japanese Prime Minister Yoshihide Suga and others involved in the Tokyo event when he came to Japan in November. Asked if he thought the Tokyo Olympics will be held as currently scheduled during his visit to Japan, Bach replied: "Yes. I always said Tokyo is the best-prepared city in Olympic history."

To prevent coronavirus transmissions, the Japanese Olympic Committee plans to ask the participants to basically stay inside the athletes' villages, except when training or competing. Spectators will be asked not to speak loudly at the venues and to adhere to other restrictions. "You see the preparation in the famous highly appreciated Japanese way, extremely diligent, well prepared, looking ahead, trying to address all the different challenges even before they arise," Bach said. "You see the commitment of the government."

The Tokyo Games are now scheduled to kick off on July 23, 2021, but COVID-19 is still wreaking havoc on the U.S., Europe and elsewhere. Many observers remain skeptical about holding a two-week-long spectator event, noting that the virus continues to rage in Japan as well.

The coronavirus, Bach said, is "still there. For some of the people who don't know whether they can go to the restaurant tomorrow, or whether they can go shopping, they think about it. If we don't know this, how can we know this big event, eight or nine months from now? [...] But I'm sure this will change, closer we get to the games."

Bach's optimism is buoyed by vaccine rollouts, among other factors. The U.S., U.K. and Canada have approved the Pfizer-BioNTech vaccine. Athletes will not be required but encouraged to be inoculated ahead of competing in Tokyo.

Last month, Japan hosted the 2020 Friendship and Solidarity Gymnastic Competition, in which a total of 30 athletes from four countries, including Japan, participated. The event, which drew over 2,000 spectators, was held without a massive spread of the virus, giving organizers hope that Tokyo can pull off the Summer Olympics.

Bach repeatedly stressed the significance of the Tokyo Games as the first major global event since the outbreak began. "My message to Japanese people," he said, "is be proud, be confident and be excited about this huge opportunity to be the host for the entire world."

The pandemic is said to have pitted nations against one another to get ahold of masks and vaccines, and to have added to frictions among countries. Bach said the Tokyo Olympics will play a symbolic role for global reconciliation, stressing that a "solidarity of humankind, of unity, of resilience, will spread from Japan, from you to the entire world."

He also said: "I'm always cautious when I say something is historic, but this [staging of the Olympics] will be historic."

Furthermore, Bach said, the pandemic has reaffirmed the value of sports around the world. "You only really appreciate something and the real value of it when you miss it," he said. "Before the virus, we were taking sports ... for granted."

Bach referred to France, which allowed people to go out to exercise during its lockdown, and said, "The moment you cannot go anywhere is when people start to realize the relevance of sports in society." He added that many people came to this realization while living through the pandemic.

The Tokyo Olympics, he said, will confirm sports' societal value.

Bach, a former fencer representing West Germany, won a team gold at the 1976 Montreal Olympics. "Being president of the IOC is always challenging," he said. "But again, this is the experience of an athlete. We love challenges."

"I love what I'm doing. I'm passionate about it. I'm happy to address these challenges."