Former US senior official opposes 'with us or against us' approach 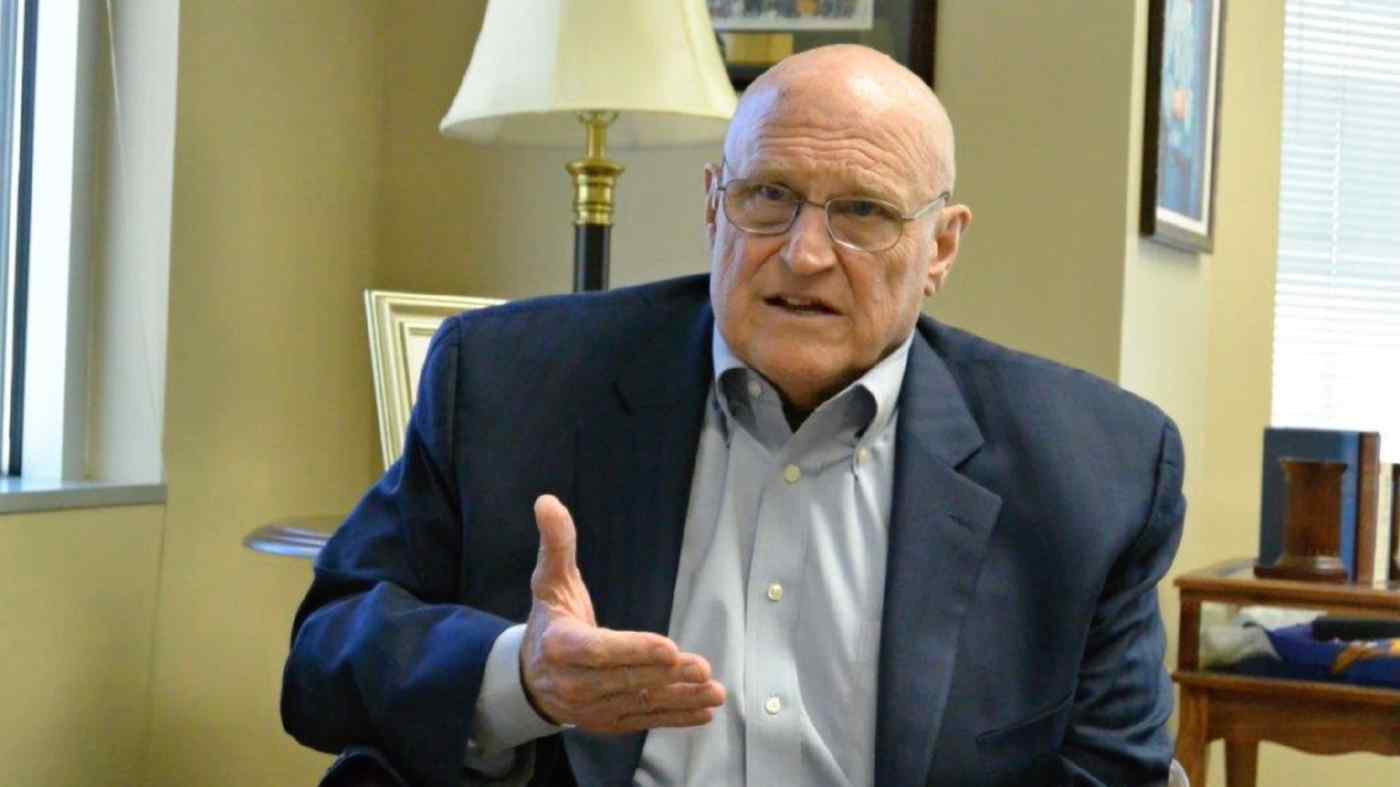 Richard Armitage, seen here in a 2018 interview, has been a main contributor to the strengthening of Japan-U.S. ties. (Photo by Tsuyoshi Nagasawa)
TSUYOSHI NAGASAWA, Nikkei staff writerOctober 3, 2020 07:11 JST | Japan
CopyCopied

WASHINGTON -- Japan needs to strengthen cooperation with the U.S. and other partners as it digs deeper into the push for a free and open Indo-Pacific, former U.S. Deputy Secretary of State Richard Armitage told Nikkei.

As leaders in Tokyo, Washington, New Delhi and Canberra come together to push rules-based international order in the Indo-Pacific region, Armitage, a political stalwart, discussed how Japan's new leadership and the U.S. can deepen that cooperation. But he acknowledged that Japan needs to strike a delicate diplomatic balance, stressing that decisions regarding Asia must ultimately come from Asian countries.

Armitage also touched on former Prime Minister Shinzo Abe, saying that the push for a free and open Indo-Pacific is one of his biggest legacies, and how his successor Yoshihide Suga, who until recently had focused largely on domestic policy, may navigate the diplomatic challenges he has inherited including with China and South Korea.

Q: Prime Minister Suga has said he will continue the diplomatic efforts of his predecessor, Shinzo Abe. What do you expect this to look like?

A: I expect the new prime minister, along with whoever is our president, will continue to carefully nurture the relationships with Australia and with India, along with the United States.

I've known Suga, as you know, for some time. And, at one time, Suga was almost completely a domestic-policy person. But in the last year, year and a half, I had noticed that when many of us from Washington would have the opportunity to call on [then-Chief Cabinet Secretary] Suga ... he always would ask a question or two about international policy.

He's a very smart guy, there's no question of that. And I think he's been studying foreign policy and national security policy for some time.

Q: A key part of Abe's, and now Suga's, foreign policy is the joint push with the U.S. and other partners for a free and open Indo-Pacific. Do you think it is realistic to formalize this institution into something like NATO?

A: I would like a coalition in the Asia-Pacific and the Indo-Pacific, but I don't want a coalition against something. I want a coalition for something, for a free and open Indo-China ... for the expansion of human freedoms, human rights, for negotiation.

No ASEAN country really wants to have to make a choice between the U.S. and China. [U.S. Secretary of State Mike] Pompeo seems to be forcing that choice.

That's why, when [Defense Secretary Mike] Esper says things like he did recently -- I think in Honolulu, he said, "We will never give back an inch of Asia." I was unaware that we owned any of Asia.

And I thought that was a terrible misstatement. It would have been better to say we will always stand by our friends in the region, we will certainly honor our alliances, we do not accept the use of force against anyone.

If we can have an alliance without talking about it, that is, an alliance that was exercising together, which has exchanges, et cetera, but we don't have a formal mechanism, I think that's perfectly satisfactory, for the time being.

Q: The Trump administration has pushed Japan for greater cooperation in addressing China, whether issues involving the South China Sea or Chinese tech companies, by taking more aggressive measures like sanctions. Do you think Japan has done enough? How do you see its relations with China evolving?

A: I would say that Japan has taken measures. You're trying to, very understandably, balance a proper approach, an alliance approach, an approach that may show China that it's making mistakes in the South China Sea, and when it bullies people. But not to the extent that you antagonize China further.

So I think that that's the long way to say ... Japan needs to do what's in Japan's interest.

Whoever wins the [U.S.] election, there has to be some understanding, first of all, that Japan lives in the area. Its duties and responsibilities might be different from our own.

I do not expect China to be very vocal or very anti-Japanese in the next year or so. They have got their hands full with deteriorating relations with the Australians, with the Americans, with the British, with the EU. I don't think they need even more right now.

Q: What are your thoughts on negotiations for the funding for the U.S. military presence in Japan? The current agreement expires in March.

A: I do not think the Trump administration understands this: that burden sharing is power sharing.

If we want Japan to take a greater part of the burden, and in this case I'm talking primarily financial, we have to be willing to share more of the power with Japan, more of the decision-making with Japan. And this has always been somewhat lacking from a deep understanding on the U.S. side.

Q: Bilateral ties between Japan and South Korea have deteriorated in recent years. How do you think the countries will be able to reach a resolution?

A: Japan-South Korea relations are bad, but they're not bad because of Mr. Abe.

They're bad because the Korean government has walked away from two international agreements.

I want the relations to get better. But I don't want a United States that lectures to Japan or, for that matter, lectures to South Korea, on this matter. They have to, South Korea has to, see it in its interest to have a better relationship with Japan.

The best thing to do is the new prime minister should be calm, not bring gasoline to a fire, let the Koreans figure this thing out.