JAKARTA -- As it has done repeatedly over its 60-plus-year history, Astra International -- Indonesia's largest listed conglomerate -- is keen to seize new growth opportunities and is now honing in on the fast-expanding digital sector, its top executive told Nikkei Asia.

Founded as a general trading company in 1957, the breadth of Astra's activities, which range from automobiles to agribusiness, has made the group something of a bellwether for Indonesia's $1 trillion economy, Southeast Asia's largest.

But global transformations in areas including e-commerce and electric vehicles mean the old ways of relying on sales of gasoline-powered cars and heavy equipment to mine raw materials will not be enough to ensure continued success.

"We have to nurture the businesses that we have today... but in the meantime, we are also exploring many other businesses, new pillars for Astra," Djony Bunarto Tjondro, the company's president director, said in an interview. "It doesn't mean that [the existing businesses] will not be important, but we cannot rely on these only."

Astra also has interests in financial services, heavy equipment and mining, infrastructure, information technology and property. But at present it is "very keen on digital investment," Tjondro said, while also looking at the "health sector and many consumer [businesses]."

While he divulged no details, Astra's digital ambitions are taking shape. It has invested a total of $250 million in Indonesia's most valuable tech company Gojek, becoming one of the larger shareholders with an approximately 4% stake in the unicorn, a private company valued at over $1 billion. 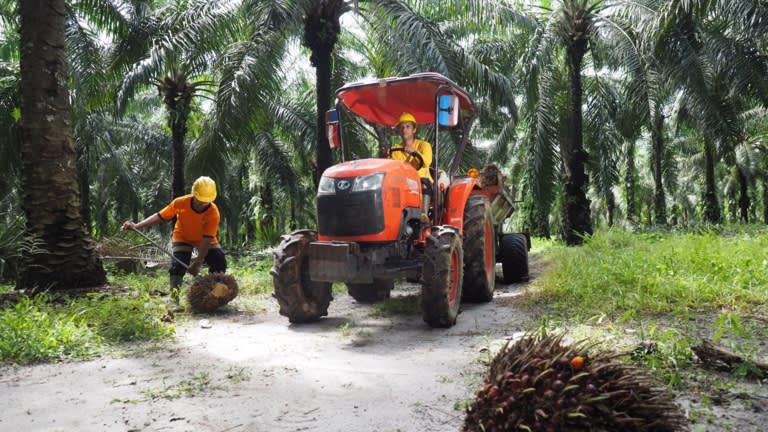 Palm cultivation is part of Astra's agribusiness. The conglomerate's sectoral range has caused it to be seen as a bellwether for Indonesia's $1 trillion economy, Southeast Asia's largest.  (Photo courtesy of Astra International)

Like many other large Indonesian corporations, Astra has its own venture capital arm established in 2018. So far, Astra Digital Internasional's activities have been largely kept under wraps, but Tjondro said it has put money into Sayurbox, a fresh grocery shopping and delivery startup that has thrived during the coronavirus pandemic as more people stayed indoors. He did not reveal the size of the investment.

Other major Indonesian conglomerates like Lippo, Sinar Mas and Salim are also ramping up digital engagement. Already the biggest in the region, Indonesia's internet economy is set to be worth $124 billion in 2025, an increase of 181% from 2020 according to a report from Google, Temasek and Bain.

And while Astra is not a family-controlled business like its peers -- it is now majority owned by 188-year-old Jardine Matheson, one of Hong Kong's last remaining British trading houses -- venturing into the digital sector with its huge potential seems like a natural decision.

"I cannot say anything yet," Tjondro said regarding whether digital could become Astra's latest key business. "But we believe that in this country, digital consumption will increase going forward and the digital economy is something that is imminent. It will give us potential in the future." Astra has for years relied on sales of vehicles -- motorcycles and cars -- and construction equipment, part of its heavy equipment and mining business, for the bulk of its revenue.

But the slump in the twin cash cows meant Astra ended the year with a 26.2% drop in revenue to 175 trillion rupiah ($12.1 billion), its lowest since 2011. Net profit of 10.2 trillion rupiah, excluding one-off gains from the sale of its stake in local lender Bank Permata, represented a 52.6% decline year-on-year, the lowest since 2009.

Astra has also been attempting to expand its other main segments through toll road-related acquisitions and has also "started to grow [a] small renewable energy [business]," Tjondro said.

It has also taken steps to wean itself off coal by acquiring a gold mine in North Sumatra in 2018. A total of "40% of [Astra's heavy equipment sector] earnings are coming from gold, and we see diversification continuing," John Witt, group managing director for Jardine Matheson, said in a recent online call with analysts. S&P Global sees Astra moving in the right direction, saying in a report last year that its management recognizes potential long-term risks to sustaining its business from overconcentration in commodity-related sectors.

"Recent acquisitions in infrastructure, real estate, and construction as well as gold are diversifying cash flow," the report said. "These sectors... are still small contributors but provide more diversity than a decade ago outside the more environmentally sensitive sectors. We expect them to generate roughly one-fifth of profits within the next five years."

Astra's market strength in automobiles, however, may prove the trickiest business to navigate given increasing electric car competition in the country. The electric vehicle strategies of Astra and other companies are contingent upon government regulations and the development of infrastructure, both of which are still lacking in the sprawling island nation.

There is, however, a national goal of raising the proportion of electrified autos, including fully electric models, to 20% of total vehicle sales by 2025. And Indonesia also has a $17 billion five-year plan to establish itself as a major player in the global supply chain for electric vehicles via an integrated industry encompassing mining of raw materials for use in EV batteries to actually manufacturing them as well as the vehicles themselves. The country on Friday announced the formation of a new state-owned holding company to oversee that development. Japan has long dominated Indonesia's auto sector, but the market promise of the world's fourth-largest country with a population of about 270 million is seeing non-Japanese players make early inroads in electric vehicles. Blue Bird, Indonesia's largest taxi operator, currently runs 28 electric taxis, with 3 coming from Tesla and 25 from China's BYD. And South Korea's Hyundai Motor is making a major push.

Four-wheeled vehicles sold by Astra account for over 50% of the Indonesian market. The conglomerate boasts strong ties with Toyota Motor, which pledged in 2019 to invest $2 billion in Indonesia over the next five years, including in electric vehicles.

Tjondro said Astra is in discussions with the Japanese company on EV strategy, adding that it has no intention to partner with other auto manufacturers, including Tesla of the U.S., on such vehicles. "We still believe that Japanese automakers have accumulated the skill and knowledge in making car[s]... with all the capital, human resources, we are still convinced that one day [Japanese manufacturers] will be the forefront of the EV industry."

Contacted about Tjondro's comments, Toyota said that it is working on bringing various electrified vehicles into the Indonesian market, including hybrids, plug-in hybrids and one that runs solely on a battery. It has already started selling a battery-powered electric version of its luxury Lexus sedan. "We will continue to roll out EVs, including battery EVs [in Indonesia]," the automaker told Nikkei. 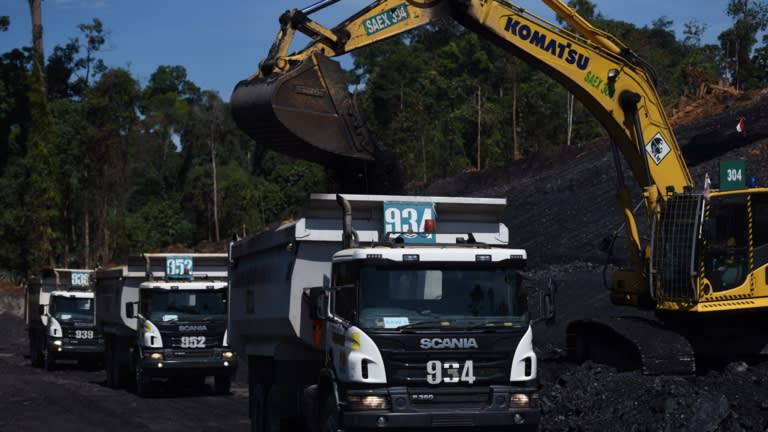 Heavy equipment and mining has traditionally been one of Astra's key business sectors. (Photo courtesy of Astra International)

Avrist Asset Management's Billy Nugraha said that Toyota's strong local brand recognition is a big plus. "So by already controlling the market, [EV] industrial development should not be difficult for Astra," Nugraha said.

But Andrey Wijaya at RBH Sekuritas does not see the sector as a priority at present for Astra given the lack of actual investment and infrastructure, despite national ambitions.

"If, for example, there are government policies in place to reduce the price of EVs to make them affordable for the public, then Astra can begin to develop strategies to enter," Wijaya said.

Astra's success is of huge importance to Jardine Matheson as the Indonesian conglomerate made up 18% of its underlying profit in 2020.

Their relationship goes back to 2000, when a consortium led by Jardine unit Jardine Cycle & Carriage acquired a 40% stake as Astra reeled from the effects of the 1997-1998 Asian financial crisis. Jardine now owns 50.1%.

Tjondro said Jardine has been supportive. "We can work with our long-term plans, nobody [from Jardine] is interrupting," he said. "They don't hold Astra back, and we learn a lot from Jardine."