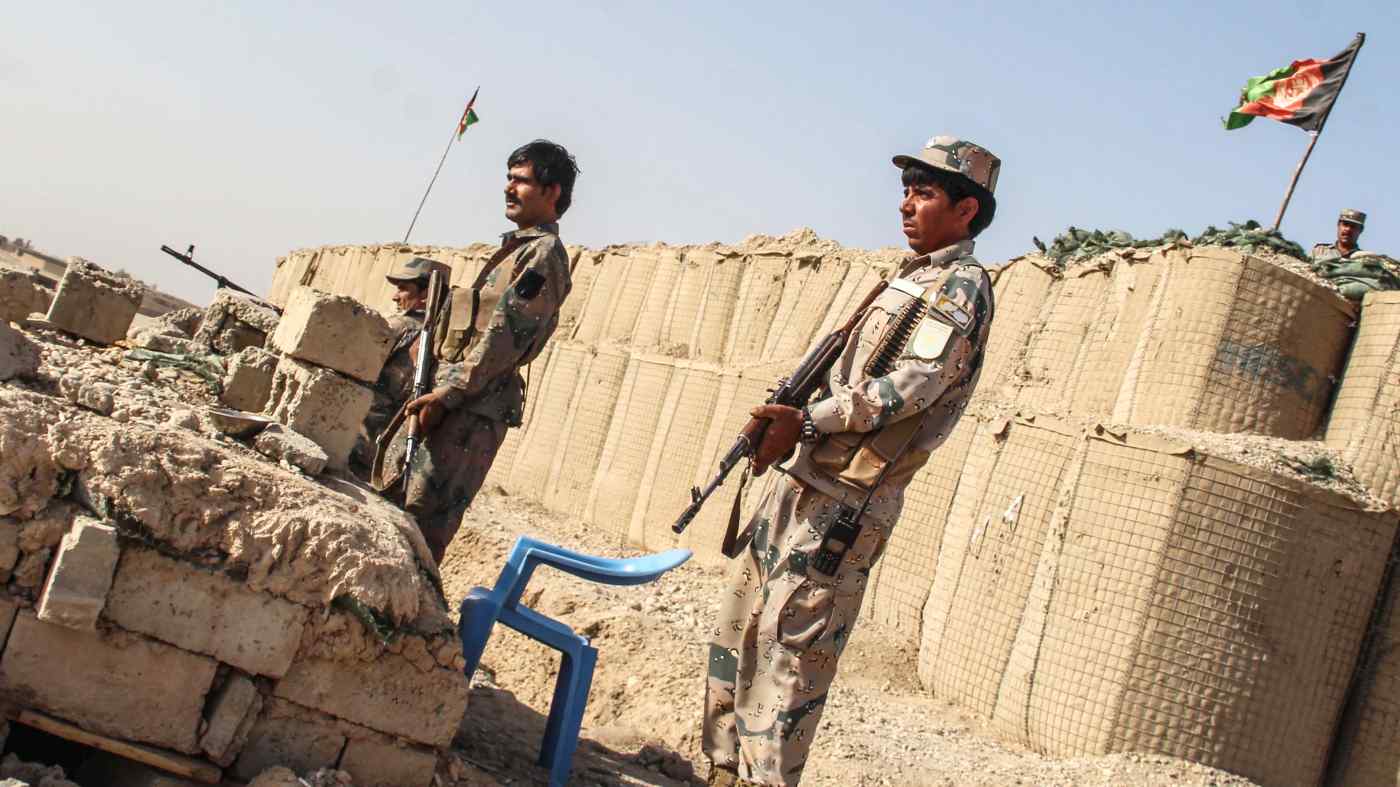 Afghan security officials stand guard on the outskirts of Helmand, Afghanistan, on Feb. 8. Amid growing distrust over the future of peace talks, Taliban leaders have called commanders back from their winter break earlier than usual.   © EPA/Jiji
RANDY MULYANTO, Contributing writerFebruary 24, 2021 11:57 JST | Indonesia
CopyCopied

JAKARTA -- Former Indonesian Vice President Jusuf Kalla said he has traveled to Afghanistan and Qatar several times in recent months to help broker a peace deal between the government in Kabul and the Taliban insurgent group.

In an interview at his home in Jakarta, he told Nikkei Asia that he went to meet the two parties in a personal capacity to "give them thoughts, as well as ways of how to negotiate effectively."

Kalla said one way he could help mediate the conflict is by offering suggestions to both sides based on "Indonesia's experiences in dealing with conflict areas," adding that he aimed to operate within Indonesia's constitution by helping "maintain world order by means of lasting peace."

Kalla, who served under the administrations of former President Susilo Bambang Yudhoyono from 2004 to 2009 and current leader Joko "Jokowi" Widodo from 2014 to 2019, was a key figure behind the 2005 Helsinki agreement in which the government and now-defunct Free Aceh Movement signed a peace accord following a decades-long conflict in Indonesia's westernmost province of Aceh.

Faran Jeffery, deputy director of the Islamic Theology of Counter Terrorism (ITCT), a U.K.-based anti-terrorism think tank, told Nikkei Asia: "Afghanistan's security and stability will not only impact Asia but the rest of the world."

Jeffery continued: "Afghanistan has in the past acted as the hub of global terrorism, with Al-Qaeda, Islamic State and a list of other terrorist groups maintaining their bases and training camps in the country. Even if the Taliban completely cuts ties with Al-Qaeda, they will always remain ideologically aligned with the global jihadist group."

The United Nations Assistance Mission in Afghanistan (UNAMA) said in October the country remained "among the deadliest places in the world to be a civilian" -- with 2,117 people killed and 3,822 injured from January to September last year.

In a February 2020 report, UNAMA documented more than 35,000 fatalities and more than 65,000 injuries in Afghanistan between 2009 and 2019. The actual death toll could be much higher, as the U.S.-led coalition began operations against the Taliban in the country in 2001. 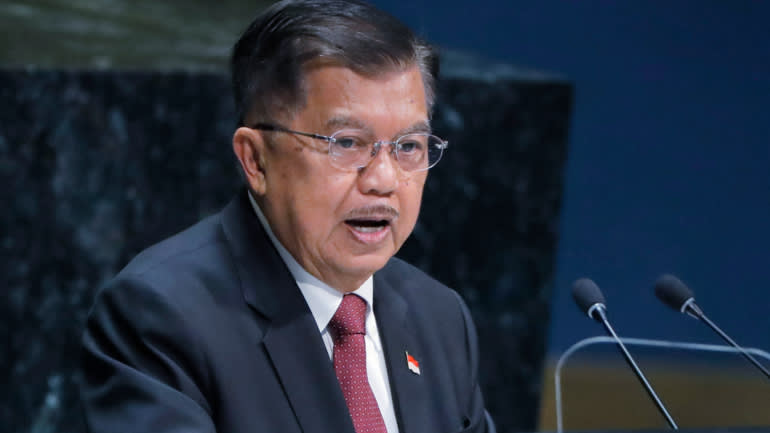 As the world's largest Muslim-majority nation, Indonesia has been a part of the Afghanistan peace process since 2014, when Kalla began his second stint as vice president. "The government is committed to contributing to peace in Afghanistan," foreign ministry spokesperson Teuku Faizasyah told Nikkei Asia. "What Mr. Kalla does adds value to the Indonesian government's sustained diplomatic efforts and contribution for peace in Afghanistan."

Former U.S. Secretary of State Mike Pompeo told Indonesian counterpart Retno Marsudi during a visit to Jakarta in October last year that he "appreciated" Indonesia's engagement in the peace process. "The world's largest majority-Muslim country has much to offer Afghanistan on its road to peace and making sure that every Afghan, men and women, have all the rights to which they are rightly deserving," Pompeo said.

Kalla, currently chairman of the Indonesian Red Cross, however, declined to elaborate on the message he conveyed to the Afghan government and Taliban. "Of course, it cannot be [made] open," he told Nikkei Asia.

Jeffery of the ITCT "can play an important role in Afghanistan" by promoting religious harmony and helping the country rebuild. He said that U.S., Qatar and other brokers had ignored the role of tribal leaders and their militias in relation to the peace process.

"Similarly, the Afghan non-Taliban Islamic scholars have also been largely ignored," he said. "I think this is where Indonesia can do what others have not so far. Indonesia can engage with Afghan tribal leaders as well as Islamic scholars in a variety of ways, which will eventually help bring them into the Afghan national fold and be more productive in the national peace process."

Ahmad Rizky M. Umar, a Ph.D. candidate at the University of Queensland in Australia, said Indonesia's initiative to encourage dialogue between groups in Afghanistan was "actually driven more" by Kalla and the Indonesian foreign ministry, rather than grassroots Islamic organizations in Indonesia.

Umar, who has researched Islam and its connections to Indonesia's foreign policy, said Kalla's involvement in the dialogue would be "different from his experience in previous conflict resolutions," such as his roles in Indonesia's Poso conflict from the late 1990s to early 2000s and in southern Thailand in the late 2000s.

"This will be very different because Afghanistan has a contour of Islamic understanding which is quite different from that in Indonesia or in Southeast Asia," he told Nikkei Asia.

Kalla said he would continue monitoring the negotiations between the two sides and would travel again to Afghanistan and Qatar if needed.

"I promised them if there is still a deadlock, I am ready to come again to give suggestions."