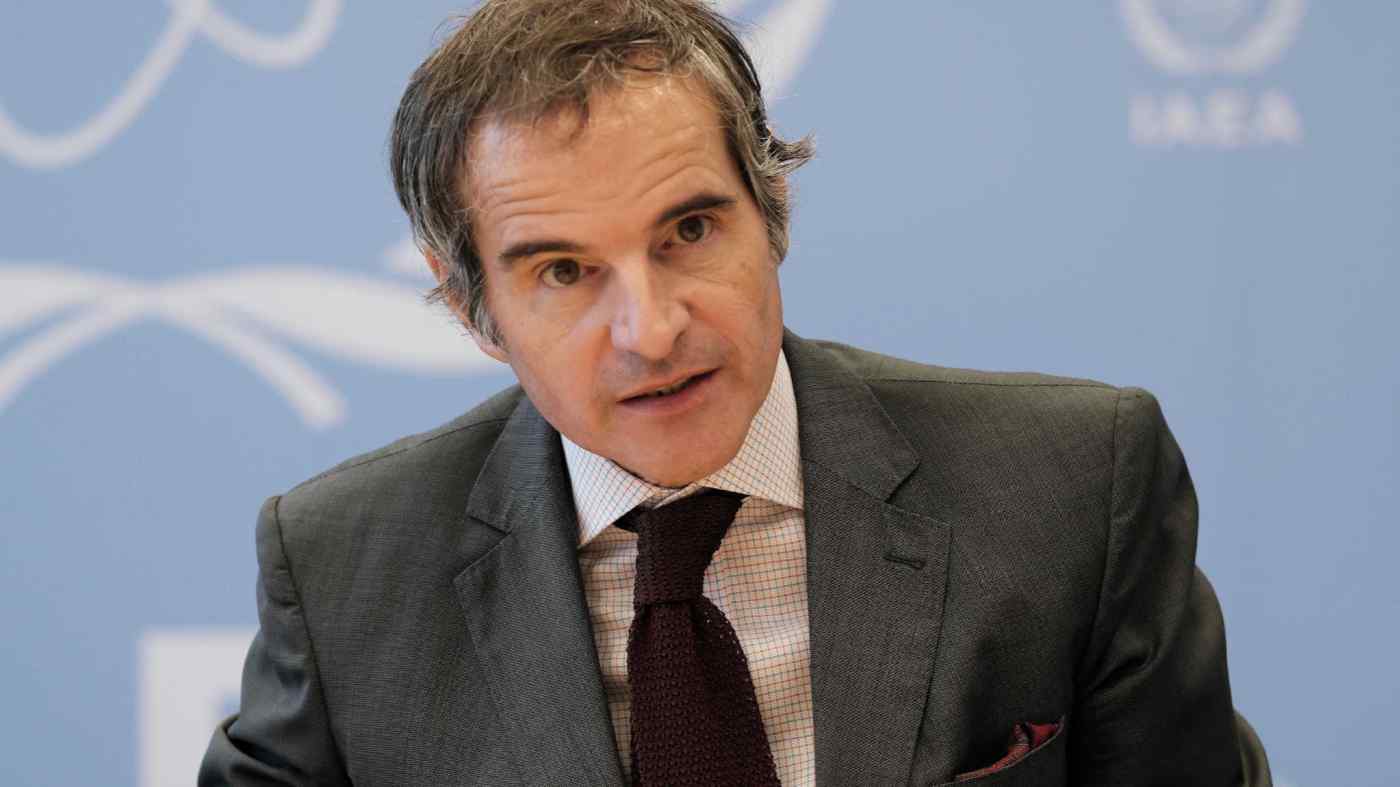 VIENNA -- The head of the International Atomic Energy Agency seeks to restart broader inspections of nuclear facilities in Iran as the country enriches uranium to levels that would let it create weapons.

The production of uranium at higher levels of enrichment "brings Iran closer to levels for which the development of military uses could not be excluded," IAEA Director-General Rafael Grossi told Nikkei in an interview Friday.

Iran told the IAEA in January that it planned to enrich uranium up to 20% concentration, and last month it suspended its compliance with a protocol in the 2015 agreement Tehran struck with world powers that allows for snap inspections and other monitoring measures.

The 20% level is significant because after that threshold, it becomes easier to enrich uranium to weapons-grade concentration.

"It is clear that you need a very robust inspection presence, if you want to have credible assurances that there are no military deviations," the chief of the U.N. nuclear watchdog said. The Iranian flag waves in front of the International Atomic Energy Agency headquarters in Vienna on March 1.   © Reuters

Iran has "a bit less than 20 kilograms of [20% uranium], but they have like 3,000 kilograms of enriched uranium already produced at lower levels," Grossi said. "So it's a growing amount."

And "they are increasing their capabilities" for enrichment by putting more equipment into operation, the Argentine diplomat-turned-IAEA chief told Nikkei.

Grossi traveled to Iran last month to secure a temporary agreement salvaging some freedom to conduct inspections of nuclear sites. This framework of up to three months will "hopefully allow some time for the consultations and diplomatic dialogue" around the stalled 2015 Iran nuclear deal, he said.

Grossi's comments come as the Biden administration weighs paths to reviving this deal, which involves Iran; United Nations Security Council permanent members the U.S., China, the U.K., France and Russia, with the addition of Germany; and the European Union. U.S. President Joe Biden's predecessor, Donald Trump, in 2018 announced America's withdrawal from the agreement and levied sanctions against the Islamic republic for its nuclear activities.

While the Biden administration has signaled a potential change in stance, the American and Iranian positions on what it would require to return to the agreement remain far apart. "Diplomacy with Iran is ongoing, just not in a direct fashion at the moment," White House national security adviser Jake Sullivan told reporters Friday.

The IAEA will start technical consultations with Iran in April. One area of focus is the presence of uranium particles in undeclared facilities. On this point, Grossi said the responses from the Iranian side so far were "not technically credible."

Grossi also weighed in on North Korea, which expelled IAEA inspectors in 2009 and has since declared itself a nuclear state.

The director-general said he is in the process of expanding the agency's North Korea monitoring team, which was established by his predecessor, the late Yukiya Amano of Japan.

On the Fukushima nuclear disaster, which happened 10 years ago this month, Grossi said that releasing treated water from the ruined power plant into the ocean is " technically feasible" and that this approach is used in other parts of the world.

The local fishing industry opposes such a move, and other countries have voiced concerns.

"By involving the IAEA the process will be more transparent, the process will have far more credibility in the eyes of the international community, and perhaps even the Japanese public opinion," Grossi said.