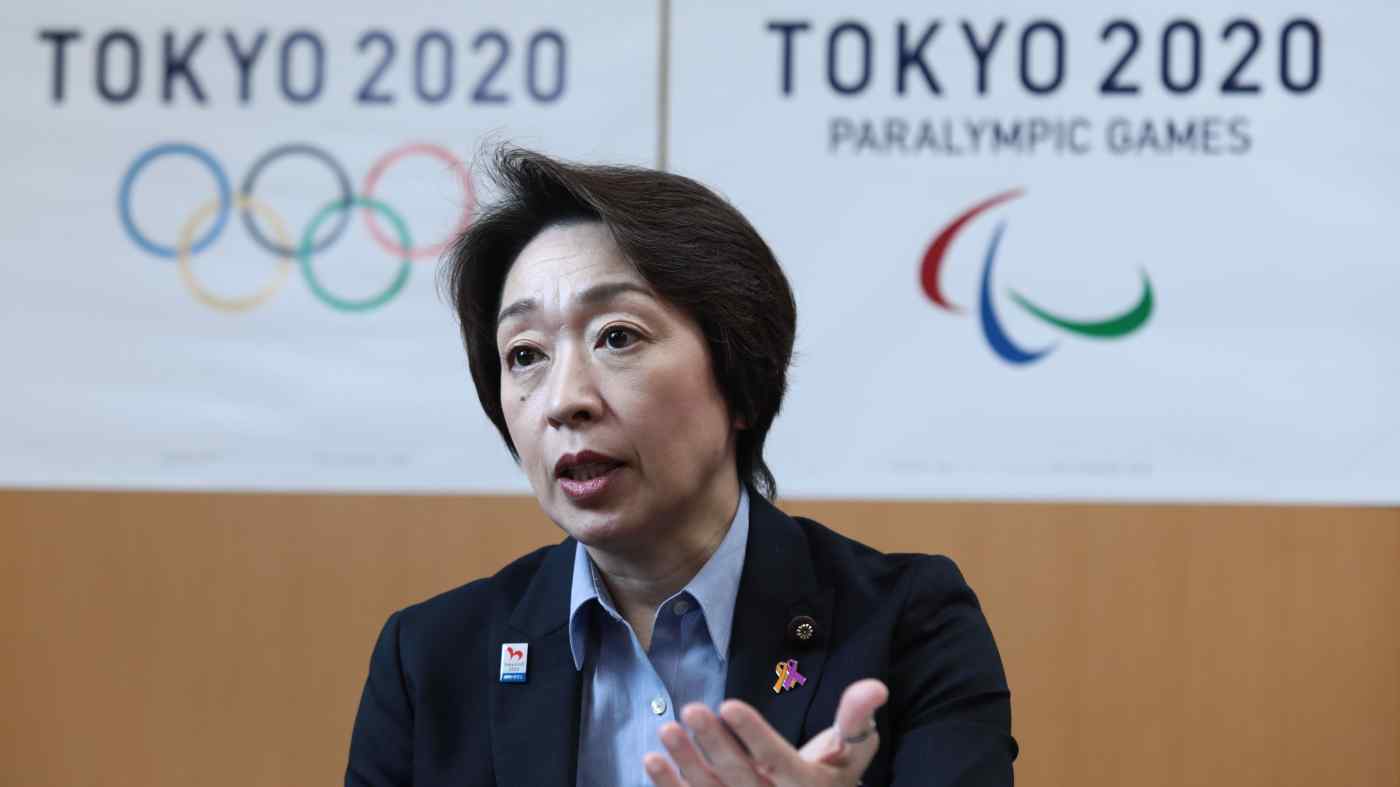 Her remarks came as organizers are sorting out measures to curb the spread of the coronavirus during the Tokyo Games. They are considering rules that would restrict athletes from leaving limited areas including the Olympic Village and competition venues.

"Protecting yourself will result in protecting other athletes as well," Hashimoto said. A former and Japanese team head herself, she said restricting the movement of athletes would not be unique to the Tokyo Olympics.

For most athletes, the Olympic and Paralympic Games offer the best chance to learn about the host country's culture, she added. Hashimoto is hoping that Japan can create such opportunities without athletes having to leave the Olympic Village. "Hosting online events about Japanese culture is one of my ideas," she said.

During the 2016 Rio de Janeiro Games, the Japanese team was ordered to refrain from going out to protect them from Zika fever. Drawing from that experience, she thinks athletes can obey the rules if necessary. Seiko Hashimoto is a seven-time Olympian -- a Japanese record. In 1995, at the age of 30, she entered politics. (Photo by Yuki Kohara)

Hashimoto has a unique career as an ex-athlete who entered politics.

As a speedskater in winter and track cyclist in summer, she was a seven-time Olympian -- the most Olympic appearances of any Japanese. She debuted in the Sarajevo Winter Olympics In 1984.

In 1995, at the age of 30, she was asked by powerful lawmaker Yoshiro Mori to run for election as a Liberal Democratic Party candidate.

Mori is now president of the Tokyo Organising Committee of the Olympic and Paralympic Games, and they are closely cooperating to find a delicate balance to both tackle the pandemic and also make the Olympics happen.

Asked whether downloading virus-tracing apps and wearing masks would be mandatory for spectators, she answered, "To secure safety, strict rules are necessary" and stressed that the government aims to hold the games in "a full form," with spectators.

A mid-November visit to Japan by International Olympic Committee President Thomas Bach and meeting with Prime Minister Yoshihide Suga are being arranged.

Olympics have a special meaning for many Japanese; the 1964 Tokyo Games were a symbol of economic recovery from the total destruction in WWII. Being an Olympian herself, she believes in the power that the Olympics hold to make the world a better place.

"The significance of the Tokyo Games held in 1964 was to show the world Japan's rapid recovery from World War II. The games were the starting point for Japan to seek a growing economy," said Hashimoto.

Born just five days before the 1964 games to a family of livestock farmers in Hokkaido, northern Japan, her life has been strongly influenced by the Olympics from an early age.

Her father named her Seiko after the word "seika" -- meaning Olympic flame -- after watching and being deeply moved by the opening ceremony.

But passion and personal history alone will not make the games happen. The first postponed games of the postwar era have forced Tokyo organizers to face tough questions, among them how to suppress additional costs.

Last month Tokyo organizers announced that their plan to "simplify" the games would cut costs by 30 billion yen ($283 million) -- a mere 2% of the estimated total outlay.

Hashimoto acknowledges that reducing costs while preserving security is challenging. "We know some claim 30 billion yen is not enough, so we continue carefully examining what is necessary and what is not," she said.

It remains unclear how much the additional costs would be. "Coronavirus countermeasures are directly linked to protecting people's lives. The government will work on additional costs if that is what it takes to realize safety and security," Hashimoto said.

The Olympics have become larger and larger in the past decades, increasingly burdening the host cities. Hashimoto sees the new concept of simplified Olympics as an opportunity to offer a sustainable model for the future. "Tokyo 2020 can leave a legacy for the world's largest sports festival to be continued for many years to come," she said.

Many athletes will experience an unprecedented path in participating in games postponed for a year. "The image of a person who has striven for a goal, no matter if she loses or wins, will touch many people's hearts," Hashimoto stressed. "That is what only Olympians can do -- and that is what Tokyo wants to deliver."