Tokyo is keen to collaborate with Jakarta to counter China's growing presence in the region, while Indonesia is eager to build transportation nodes and networks across the archipelago as it seeks to become one of the world's top five economies by 2045.

Luhut, known as President Joko Widodo's right-hand man and considered to be the administration's No. 2, was in Tokyo last week for talks with Japanese officials. He said the investment would come from the Japan Bank for International Cooperation, a public financial institution and export credit agency.

A JBIC representative declined to say if the government-backed fund had agreed with Luhut to invest $4 billion.

"What is sure now is that it will be used for toll roads, seaports and airport [developments], airports in Jakarta and Bali," the minister said in an interview.

"There are many projects in Indonesia and those are all long term. Where can you see [such a high return] now in Japan?" Luhut said.

The Indonesian parliament passed a controversial omnibus law in October -- legislation that is aimed at encouraging foreign investment and making it easier for companies to hire and fire workers. President Joko Widodo, commonly known as Jokowi, signed it into law last month. The establishment of a sovereign wealth fund for infrastructure investment, called the Nusantara Investment Authority, was included in the law. 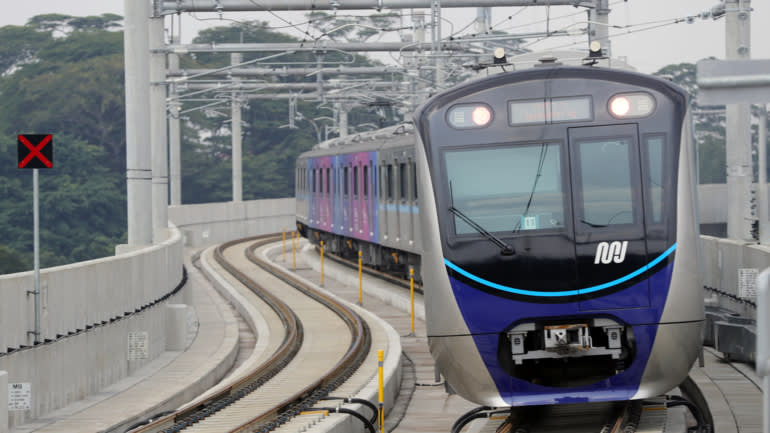 The U.S. International Development Finance Corporation signed a letter of interest for a $2 billion investment into Indonesia's sovereign wealth fund in November during Luhut's visit to Washington.

To the JBIC -- which disbursed a total of 1.8 trillion yen ($17.3 billion) in loans, guarantees and equity participations in the fiscal year ended March 2020 -- $4 billion is a large amount. A source with knowledge of the matter said the money would be invested in stages.

He said Indonesia is also seeking the participation of Saudi Arabia and Abu Dhabi in the fund, and the government in Jakarta is preparing to ante $5 billion. Indonesia hopes to raise a total of $15 billion.

The members of the board of the Nusantara Investment Authority will be selected in January, and the organization will start operations in February, according to the minister.

Japan is seeking to ramp up collaboration with Indonesia as both an economic and political partner.

Prime Minister Yoshihide Suga chose Indonesia as one of two destinations on his first overseas trip after taking office. During the October visit, the countries agreed to deepen their security and defense ties, and to accelerate talks on transfers of military equipment and technology.

Japan also committed to provide Indonesia with a 50 billion yen ($480 million) loan to help it battle the COVID-19 pandemic.

Joining the Indonesian fund would show the Suga administration is committed to building friendlier bilateral relations.

Indonesia is a cradle for Southeast Asian unicorns, startups with corporate values that exceed $1 billion. Reports have emerged in recent months that Gojek, the country's largest unicorn, is in merger talks with Singapore's Grab.

Both super app providers began as ride hailers. Gojek is said to be slightly smaller than Grab in terms of the number of countries in which it does business. Speculation is that Grab would become the majority stakeholder post-integration.

Asked if the Indonesian government would accept a merger, Luhut said: "No reason for us to intervene. If they agree to marry or merge, Yes, it is their business."

Additional reporting by Koya Jibiki and Ismi Damayanti in Jakarta