Japan must be open for business to both US and China: Nidec CEO 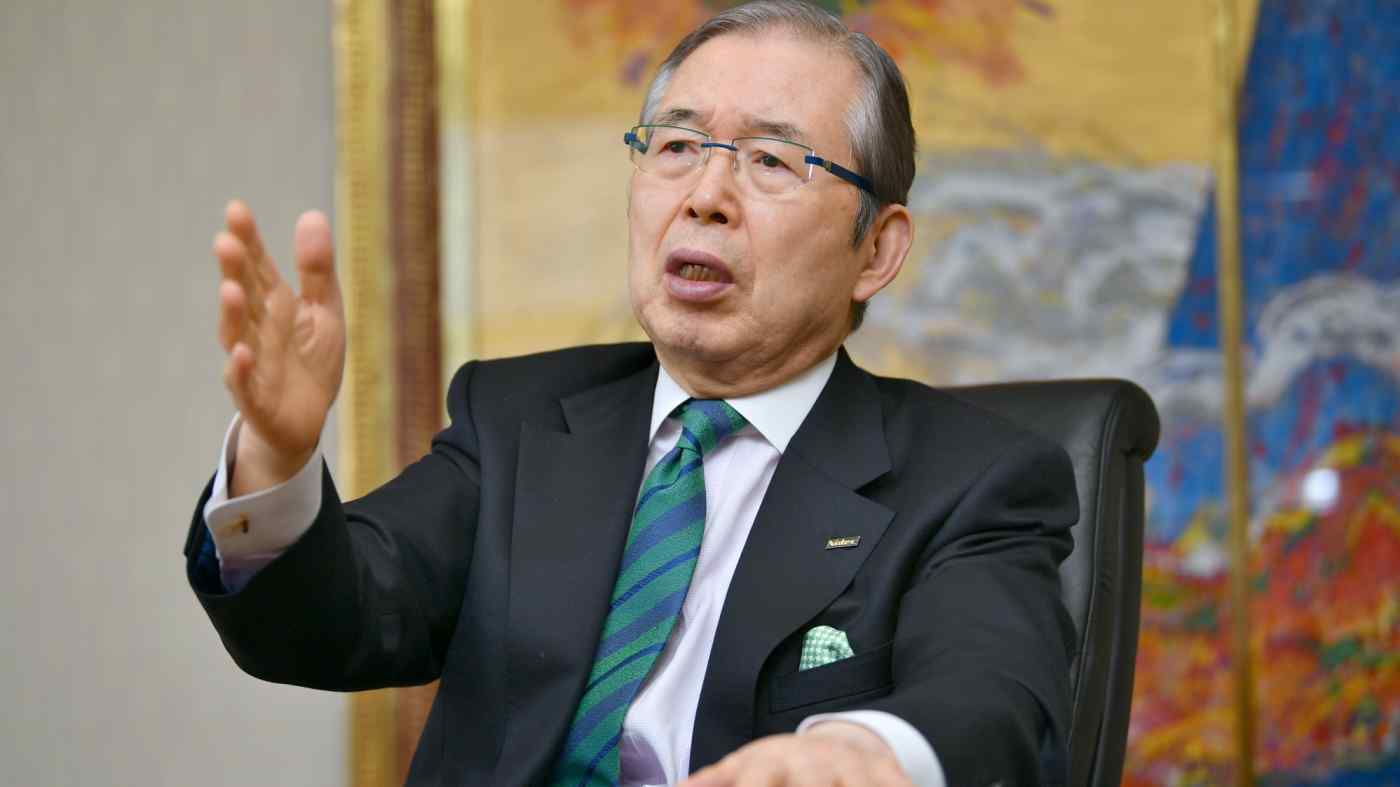 The company he founded has investments across Asia, Europe and the U.S., and has continued to build up its presence in China despite the trade war between Washington and Beijing.

With export-dependent Japan caught in the middle, Nagamori told Nikkei in a recent interview that Prime Minister Yoshihide Suga's new government needs to take the same even-handed approach to the two countries that his predecessor Shinzo Abe did.

Q: Tensions between the U.S. and China have spilled over into high-tech industries, putting Japanese manufacturing at risk. What do you hope for from Prime Minister Suga's new government on diplomacy?

A: Former Prime Minister Abe took a stance of dealing squarely with both the U.S. and China. No matter what the country or region, the right posture is to show you want to contribute to the other side. The Suga government should do just that.

While I am sure there are national security issues to keep in mind, Japan is an island country lacking natural resources. Unless the world buys our technology, there's no way forward for Japan.

We can see already that U.S. restrictions on Huawei's access to semiconductors are having an impact on Japanese companies. I think what is most important is for Japanese business leaders to take the stance that their business is going to contribute to both the U.S. and China. As for the risks, all companies can do is make their own efforts to minimize them.

Q:The Abe government's economic growth strategy didn't go far. What do you see as the challenges facing Suga in his effort to grow the economy?

A: Abenomics didn't make progress on deregulation. I believe regulation is 90% of the reason companies don't grow. Nidec began as a microenterprise and we tasted our fair share of suffering. I didn't want to go down without achieving growth, so I went big in fields where regulations don't really apply. When regulations are removed, the forces of competition go to work and the nation becomes energized. The Suga government should create such an environment and show the kind of political leadership it takes encourage people to launch big global companies from Japan.

In the U.S., where competition works, bad companies fail and the strong ones survive. That's how IT giants like the GAFA companies [Google, Apple, Facebook and Amazon] became so big. The U.S. has corporations that are so big that people think they're a problem, but Japanese companies never get to that point.

Q:Do you see any similarities between your upbringing and Suga's as the son of a farmer in northern Japan's Akita Prefecture?

A: I was raised in a farm family, too, and I built up Nidec into the big corporation it is today. Mr. Suga worked his way through school, went to university and became a politician. He went on to become prime minister without being a member of one of the [ruling Liberal Democratic Party's] factions.

When it comes to education, I say high ranks and an emphasis on university "brands" don't matter. Here in Japan we have this sense of stagnation that makes young people think that if they don't go to a top-tier university, they won't succeed no matter how hard they try. In that sense, I think Mr. Suga's becoming prime minister shows there's still hope left for Japanese politics. I hope he does his best.