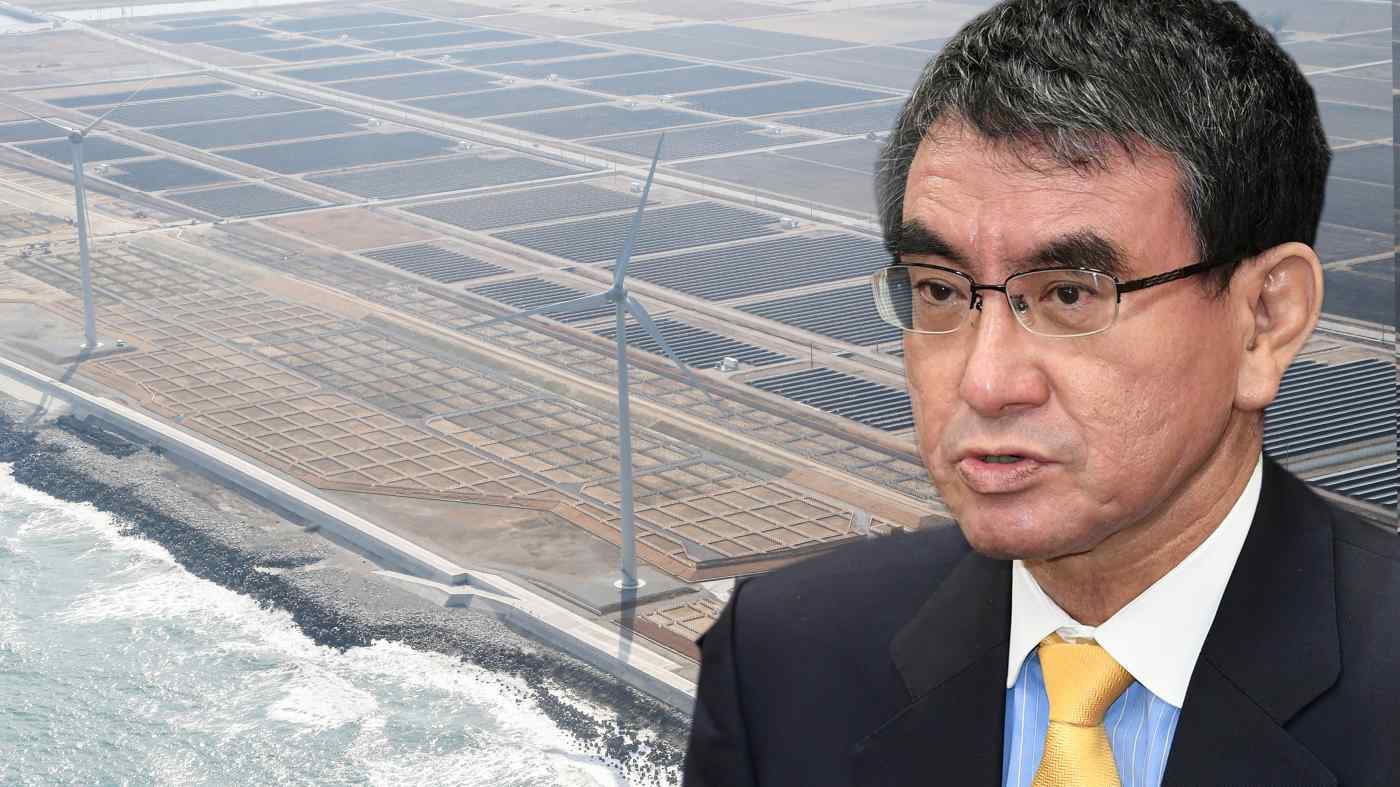 TOKYO -- Taro Kono, Japan's minister for administrative reform and regulatory reform, said that he will ease regulations to increase locations where wind and solar power can be developed to encourage private investment and achieve the government's goal of enhancing renewable energy.

"I want to apply [administrative reforms] that would lead to economic growth," Kono said in an online interview with Nikkei on Friday, specifically pointing out restrictions on the renewable energy sector. It was Kono's first online interview with reporters since assuming the post in September.

Referring to a Nikkei survey of Japanese company presidents, he said that cutting red-tape bureaucracy in the renewable energy sector is one of the major things the business community expects the government to improve.

The government currently aims to make renewable energy its 'main power source,' but "[they] cannot make investments because there are too many restrictions," Kono said of companies. He also said that he had directed the ministries involved in the decision-making process to sort out the issues, with amending laws and easing regulations in mind.

Efforts to build solar panels on deserted farmland have been hampered by laws such as the Cropland Act and the Act on Establishment of Agricultural Promotion Regions, which restrict land use. 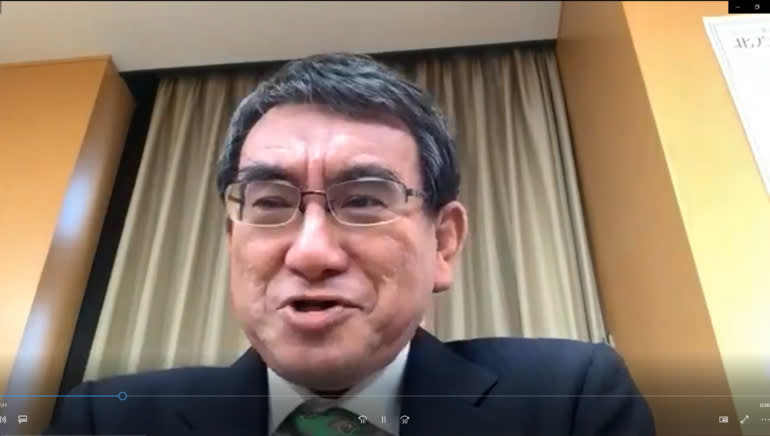 Kono speaks to Nikkei reporters in a video interview.

Many coastlines and ports suitable for developing wind power are either government-owned or public lands. The government will consider revising regulations to make it easier to obtain permission to use such space. If it becomes easier for companies to secure land, the overall cost of producing energy can be reduced, leading to a boost in renewable energy investments.

Also, the business community has been requesting that restrictions on foreign-flagged ships to transport offshore wind power components in Japan be eased.

Areas for developing offshore wind power are limited to those designated by the government, meaning that even if there are promising locations in which companies want to invest, development cannot happen without the government's green light. In other words, they can only invest in renewables by bidding for the few opportunities available on the country's coastline.

Transmission lines have also been a bottleneck in developing renewables. Nuclear energy and coal-fueled power plants are given priority access to them, according to government policy. Thus, even if renewables increase, limited access to the lines restricts their availability.

In fiscal 2018, renewable energy accounted for 17% of Japan's power generation, lower than the 30% in Europe. The country does not have a lot of locations suitable for solar and wind power due to its vast mountainous areas.

The government's target is to generate 22% to 24% of power generation through renewables by fiscal 2030. Renewable energy will continue to be positioned as the 'major power source' in the government's next strategic energy plan, which will be announced in 2021. 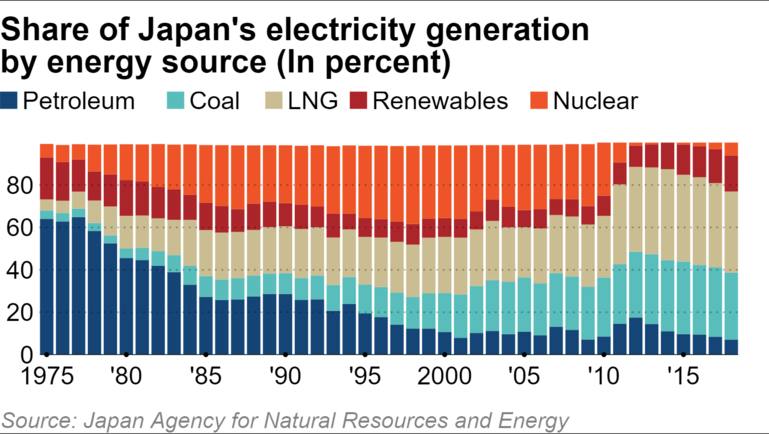 The Japan Association of Corporate Executives, or Keizai Doyukai, which is a powerful business lobby, made a recommendation to raise the target of renewable energy to 40% in July. Red-tape procedures such as licensing paperwork and environmental impact assessments of land use have made investment decisions difficult for the business community.

In Southeast Asian countries like Singapore, governments have accelerated deregulation to develop new technologies. Kono said Japan is lagging behind in enhancing the use of drones and self-driving cars nationwide, adding, "It is a problem that Japan cannot become the frontrunner [in these areas] because of regulations." Currently, in Japan's special economic zones, experimental use of drones and self-driving cars is deregulated, but Kono said, "It doesn't make sense to do this just in special economic zones forever. I am preparing to review this."

The online interview took place on Friday, with Nikkei reporters in Tokyo, Nagoya and Jakarta, Indonesia.

Kono vowed to spearhead the government's digitization efforts. "Technology is advancing," he said. "I hope more people can take advantage of these opportunities."