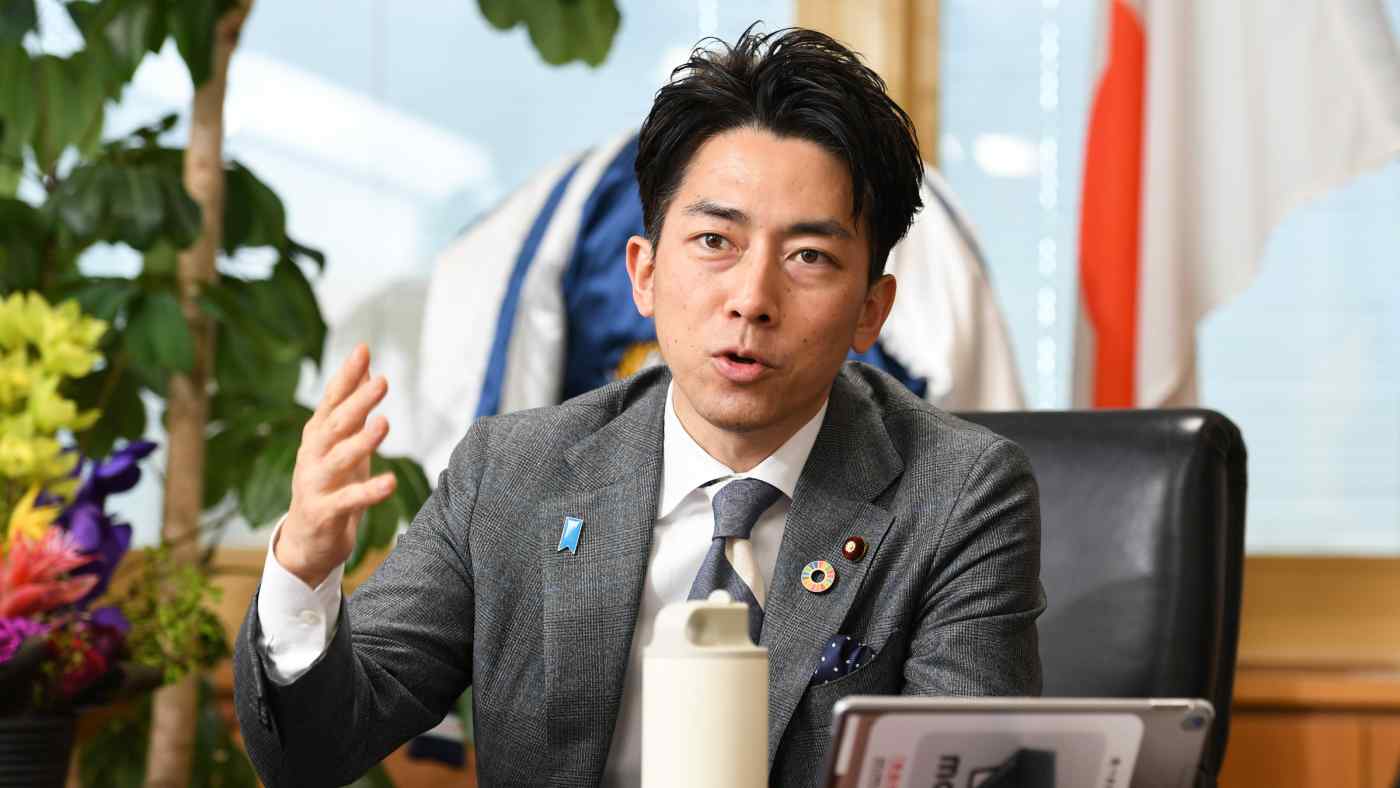 Koizumi, who argues that broader use of solar power will be a must for cutting emissions, said he will discuss the idea with other areas of the government. The U.S. state of California began mandating the installation of solar panels on most new homes last year.

The interview came the day after Prime Minister Yoshihide Suga announced that Japan would aim to reduce emissions by 46% from fiscal 2013 levels by fiscal 2030. The country aims to reach net-zero emissions by 2050.

Japan should create as much renewable energy capacity as possible, and "any excess power can be used to make hydrogen," Koizumi said. "We should make the regulatory changes needed for that to happen."

Koizumi -- who told reporters at a 2019 United Nations conference that the fight against climate change needs to be "cool" and "sexy" to succeed -- said he would share his thoughts on policy with other government ministries. The Ministry of Economy, Trade and Industry holds broad authority over the electricity sector in Japan.

The son of former Prime Minister Junichiro Koizumi was more tight-lipped on nuclear energy, which has faced tougher safety regulations and public scrutiny since the 2011 Fukushima disaster. "We should prioritize renewable energy," he said when asked about nuclear.

Koizumi questioned the longer-term prospects of coal-fired power plants. Japanese support for coal has faced criticism from environmental activists, with Greta Thunberg lending her voice to opposition to a project in Vietnam backed by parties including trading house Mitsubishi Corp.

"Is this a sustainable business, with investor money moving toward decarbonization?" Koizumi said, adding that the private sector will have judgment calls to make regarding domestic projects already in the works.

"We want to strengthen policies to enable the creation of new jobs and industries" in areas related to the shift away from carbon, he said.