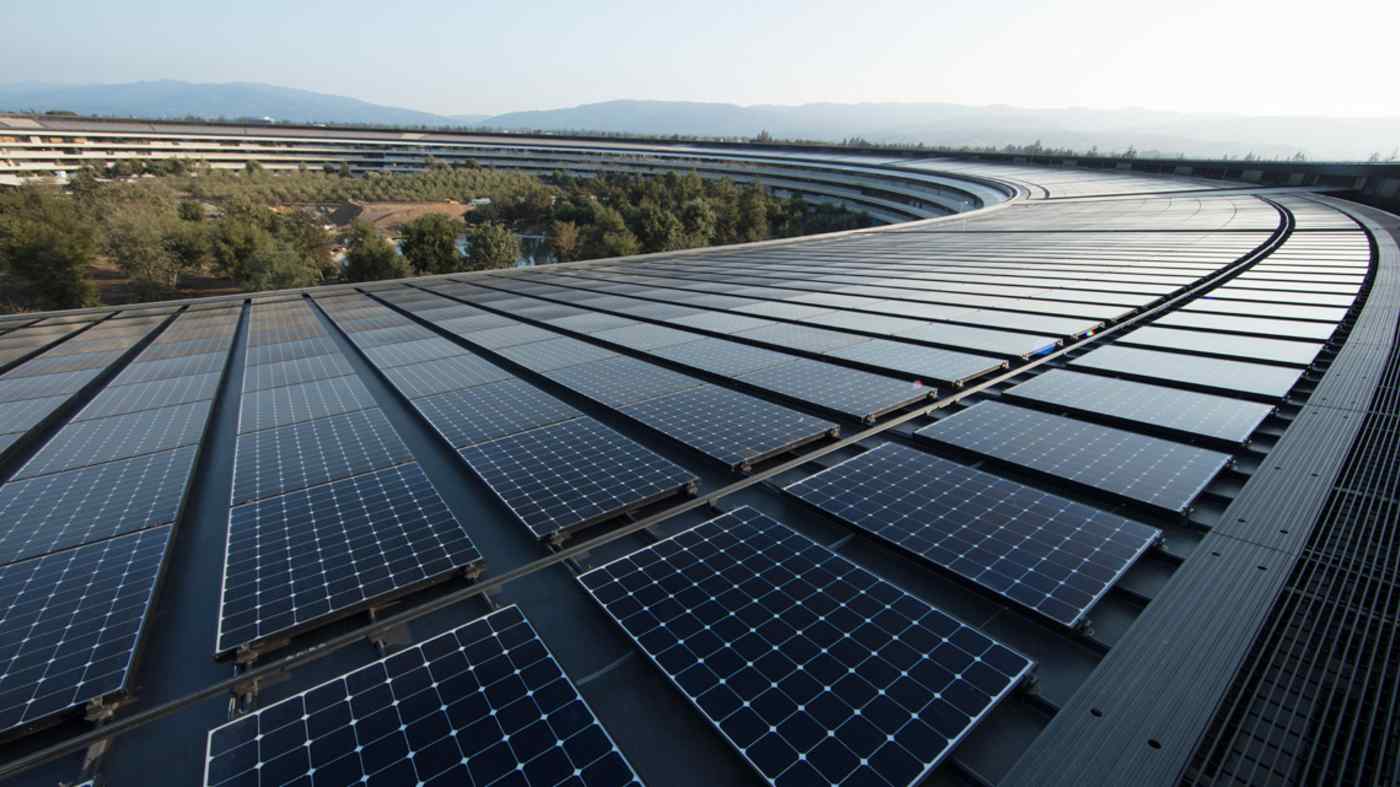 TOKYO -- Global corporations such as Apple are pledging that their global facilities are powered by 100% clean energy and are urging suppliers to switch to renewable sources as well. If Japanese companies do not comply, they risk losing business to other overseas suppliers that have adapted faster.

Tokyo, therefore, will significantly bring down the cost for companies to access renewable energy, Economy, Trade and Industry Minister Hiroshi Kajiyama told Nikkei in an interview on Monday.

When a company cannot generate enough renewable energy on its own, it buys electricity from outside. When doing so, it purchases a "nonfossil certificate" proving that the power was generated from renewable sources and is not contributing to greenhouse gas emissions.

Kajiyama said METI plans to cut the government-mandated minimum price of the certificate to around 0.1 yen per kilowatt-hour from the current 1.3 yen.

"We want to lower the added electricity cost to companies to a tenth of what it is currently," he said. 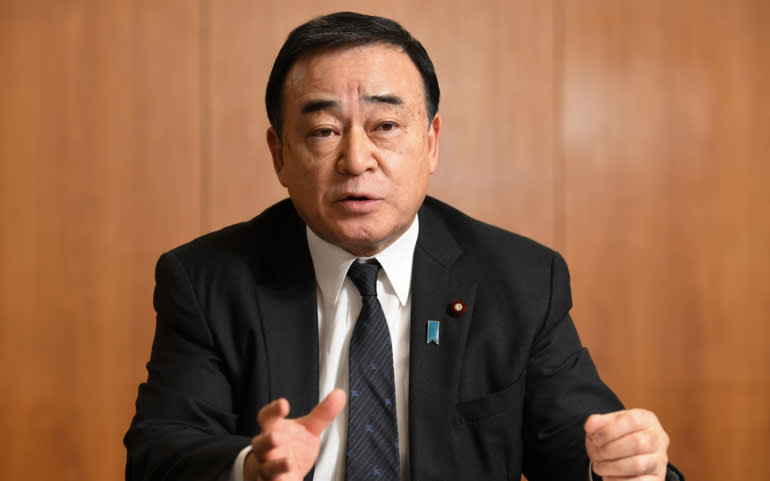 The Japanese government will provide support for companies though the budget, the tax code and regulations, according to Hiroshi Kajiyama, minister of economy, trade and industry. (Photo by Kazuhiro Ogawa)

Many businesses have shied away from renewables, unwilling or unable to bear the extra cost of the nonfossil certificates.

Kajiyama wants to make the certificates more widely available as well. "We will issue 90 times as many certificates as we have now" that track at which facility the renewable power was generated, he said -- the equivalent of 90 million megawatt-hours a year.

"There will be enough to always cover the entire needs of manufacturers," he said.

Companies will also be able to purchase these certificates directly, Kajiyama said, instead of going through electricity retailers as they now do. "We'll start a trial in the second half of fiscal 2021 and launch officially in fiscal 2022," he said.

Prime Minister Yoshihide Suga recently pledged to reduce Japan's greenhouse gas emissions by 46% from fiscal 2013 levels by fiscal 2030. "We will provide comprehensive support to businesses toward meeting this goal through our budget, the tax system and regulations," Kajiyama said. He said the government could make additional contributions to a 2 trillion yen ($18.5 billion) fund designed to develop and spread decarbonization technology if necessary.

He also touched on the importance of increasing non-carbon-based fuels in Japan's electricity mix in achieving the fiscal 2030 emissions target. A 46% reduction is a nonstarter without renewables and nuclear energy accounting for over half of Japan's total electricity production, he said.

"We will utilize nuclear facilities that are deemed safe as much as we can," he said.

"We won't consider any topic taboo" in terms of building or expanding nuclear power plants, he said, though he did not say whether such topics would be included in Japan's next basic energy plan.