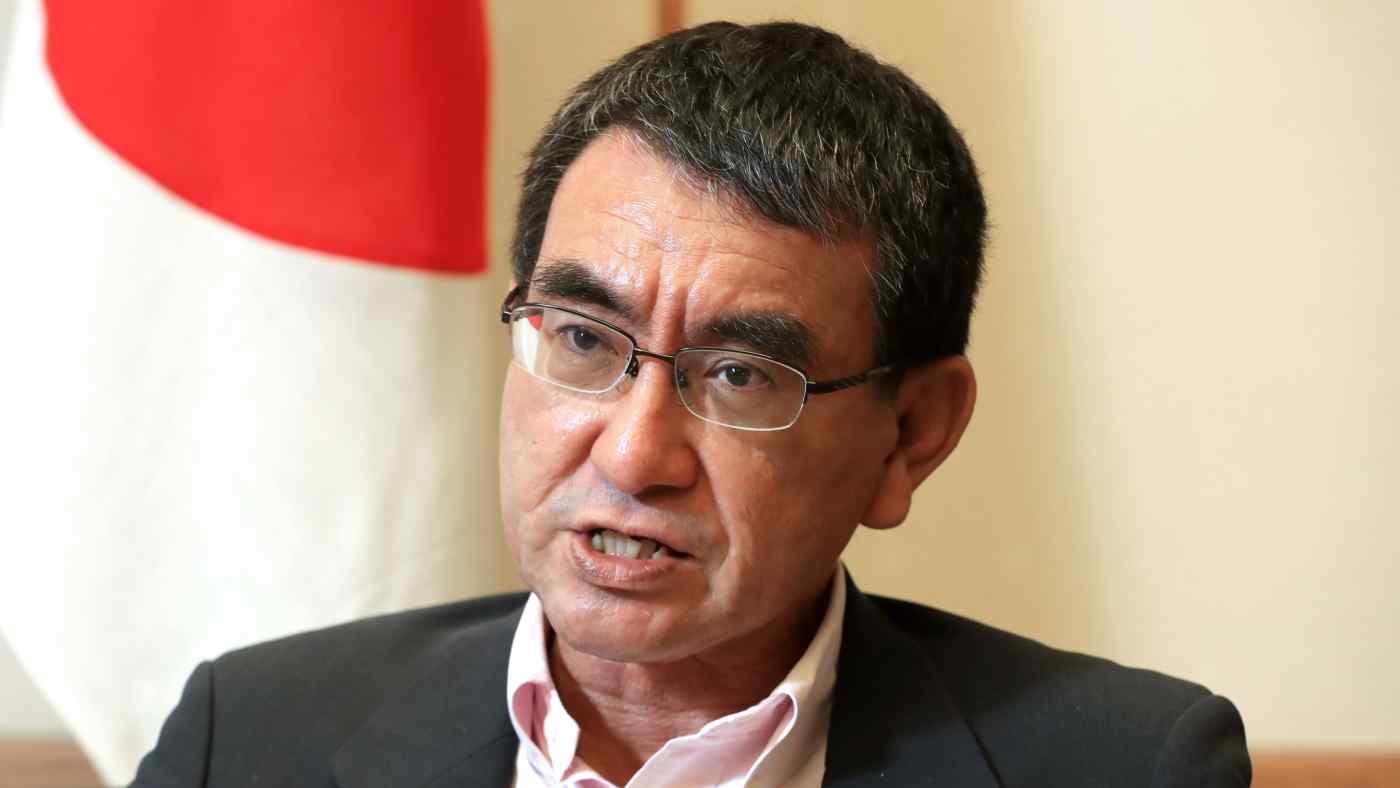 TOKYO -- Japan is eager to expand cooperation with the "Five Eyes" intelligence-sharing alliance that includes the U.S. and the U.K, Defense Minister Taro Kono told Nikkei, expressing hopes for the framework that would allow the country to obtain key classified information at an early stage.

"These countries share the same values," Kono said in an interview. "Japan can get closer [to the alliance] even to the extent of it being called the 'Six Eyes'."

The Five Eyes grouping takes its name from the number of countries that comprise it -- the U.K., the U.S., Canada, Australia and New Zealand. The members share deep historical and cultural ties anchored in their common Anglo-Saxon heritage and use of the English language. Their multilateral UKUSA Agreement covers cooperation in signals intelligence, analysis and sharing of information obtained through wiretapping networks for security purposes.

Despite not being a formal member, Japan has been sharing information with the group. Kono stressed that expanding Japan's links to it will enable the country to share information at an earlier stage and also acquire highly classified intelligence.

The Five Eyes is also characterized by strong diplomatic ties on top of their intelligence-sharing and they release joint statements on issues of shared concern. "It is highly important that [the member countries] keep step in diplomacy as well as on the economy," Kono said, adding that the intelligence framework also jointly tackles issues such as climate change and space debris. An F/A-18 Hornet lands on the USS Ronald Reagan during exercises in the Philippine Sea on June 28 in this photo provided by the U.S. Department of Defense.   © Kyodo

Some members of the Five Eyes are also seeking closer cooperation with Japan to share confidential information in response to China's growing military expansion. The U.K., for example, is wary of China amid mounting diplomatic tension over Hong Kong and the novel coronavirus pandemic and seeks to capitalize on information possessed by Japan.

"As defense minister and the one responsible for Japan's security, I have to say that I have very grave concerns" about Chinese activity in the East China Sea and South China Sea, Kono said.

"Many countries believe that China is trying to change the status quo unilaterally with the threat of force in the background, including in the East and South China seas, along the China-India border and in Hong Kong," Kono said, adding that "the consensus in the international community is that it should be made to pay a high price" for such actions.

Japan has been approached about sharing its information "on various occasions," Kono said. "If approaches are made on a constant basis, then it may be called the 'Six Eyes'," he said.

But Kono said he doesn't think Japan needs to go through certain procedures to join as an official member as the grouping is not an international organization. "We will just bring our chair to their table and tell them to count us in."

Some experts also point out that Japan needs to improve how it protects intelligence. The country does not have a security clearance system, which grants access to highly classified information only to those, including civilians, who can be trusted not to leak it.