Japan will press US for pledge on auto tariffs: new foreign minister 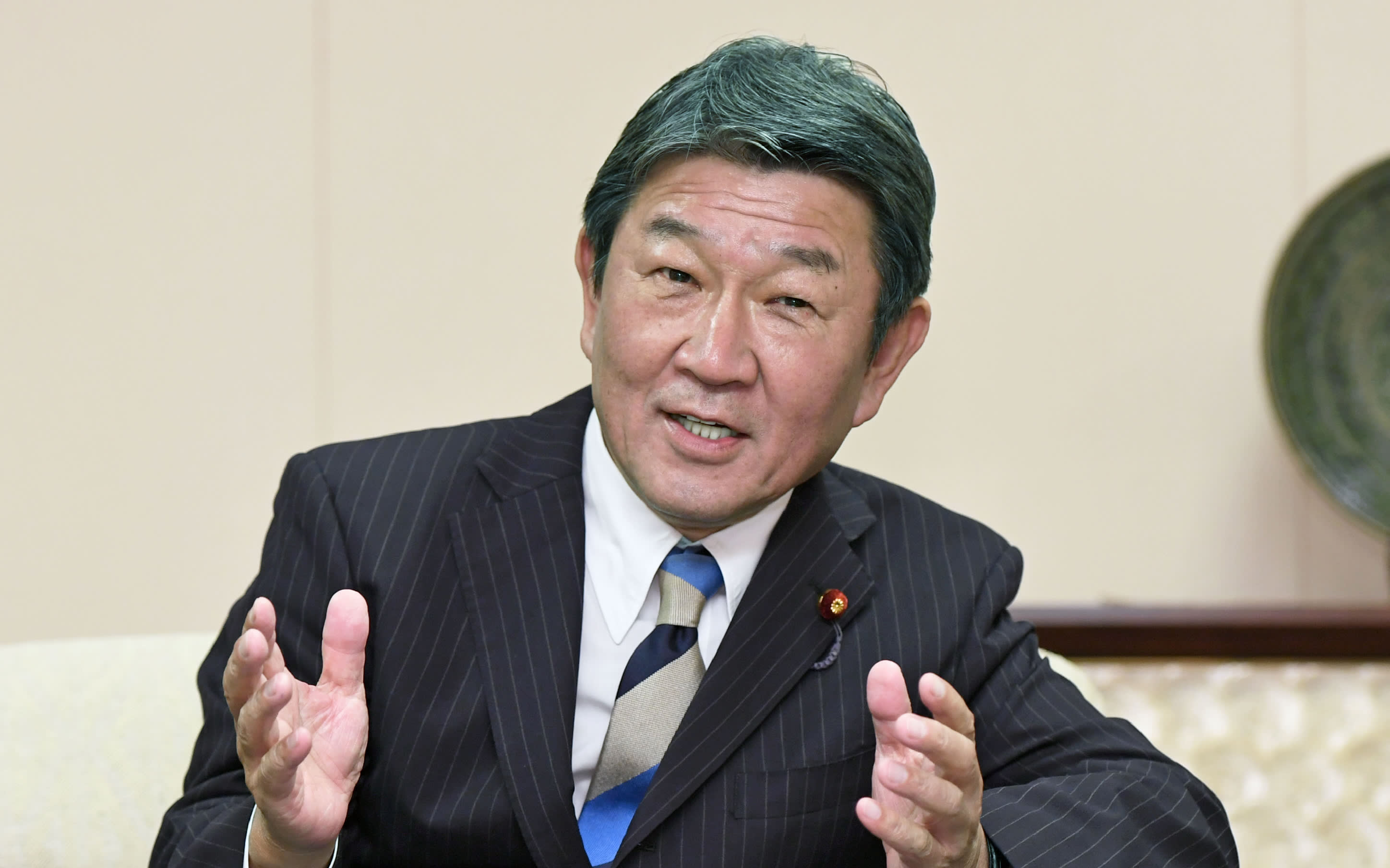 TOKYO -- Japan's newly minted foreign minister wants reconfirmation from the U.S. that no additional tariffs will be placed on Japanese automobiles before the two countries ink a trade deal next week.

Toshimitsu Motegi, who was named foreign minister recently after acting as Japan's top trade negotiator, conveyed these thoughts to Nikkei in an interview Wednesday.

"At a summit in September last year, Prime Minister Shinzo Abe received direct assurance from President [Donald] Trump that there will be no additional tariffs on Japanese automobiles," Motegi said. "I hope to reconfirm this at the final negotiations for a bilateral trade deal."

Trump and Abe plan to meet Sept. 25 in New York on the sidelines of the U.N. General Assembly, where they are expected to seal a trade deal.

The 63-year-old Motegi, who was Tokyo's counterpart to U.S. Trade Representative Robert Lighthizer in the talks, is known within the Trump administration as a skilled negotiator.

Motegi assumed his new position in a cabinet reshuffle Sept. 11 after serving as the economic and fiscal policy minister. He is tasked with the tall order of managing the bilateral relationship amid Trump's "America First" diplomacy.

"American involvement is crucial in responding to the major issues facing the international community," he said, vowing to strengthen and broaden Japan's relationship with the U.S.

Regarding Trump's claim that allies such as Japan should pay more for the stationing of U.S. troops to maintain regional security, Motegi said "Japan is currently shouldering a fair share of the cost of the American military presence in Japan, based on an agreement between the two governments."

Motegi's move to foreign minister has triggered speculation that he eventually could succeed Abe as prime minister.

Asked whether he would run in the next leadership race for the ruling Liberal Democratic Party, Motegi avoided answering directly, but used a mountain-climbing analogy to describe his position.

"These few years, I have been working to tackle Japan's aging and shrinking population, which is the biggest issue facing our country. I've worked on things like expanding free education," he said. "I am now about to climb a new mountain fraught with challenges like North Korea and Japan's territorial dispute with Russia. I am excited to see what landscape awaits me once I reach that mountaintop."

One of those challenges involves relations with South Korea, a neighbor with whom Japan has not held a summit in about a year.

"I plan to maintain communications between our diplomatic authorities, including with the South Korean foreign minister," he said. "Japan will continue to strongly urge South Korea to correct the current situation, which violates international law."

On North Korea, Motegi promised "bold action" to resolve the issues between the two countries -- including nuclear and missile development as well as the return of Japanese citizens abducted by Pyongyang decades ago -- and to normalize relations.

"Prime Minister Abe has stated his determination to meet [North Korean leader] Kim Jong Un without preconditions," Motegi said. "We hope to take bold action and take advantage of all opportunities based on pragmatic analysis."

As for his diplomatic style, Motegi said, "I want to conduct diplomacy that merges open-mindedness and strength. Like in the Trans-Pacific Partnership, where Japan played mediator while honoring the diversity within the framework, Japan will demonstrate leadership and take action including in creating new international rules."

"I hope to further strengthen Japan's alliance with the U.S., which is at the core of Japan's diplomacy," he added.