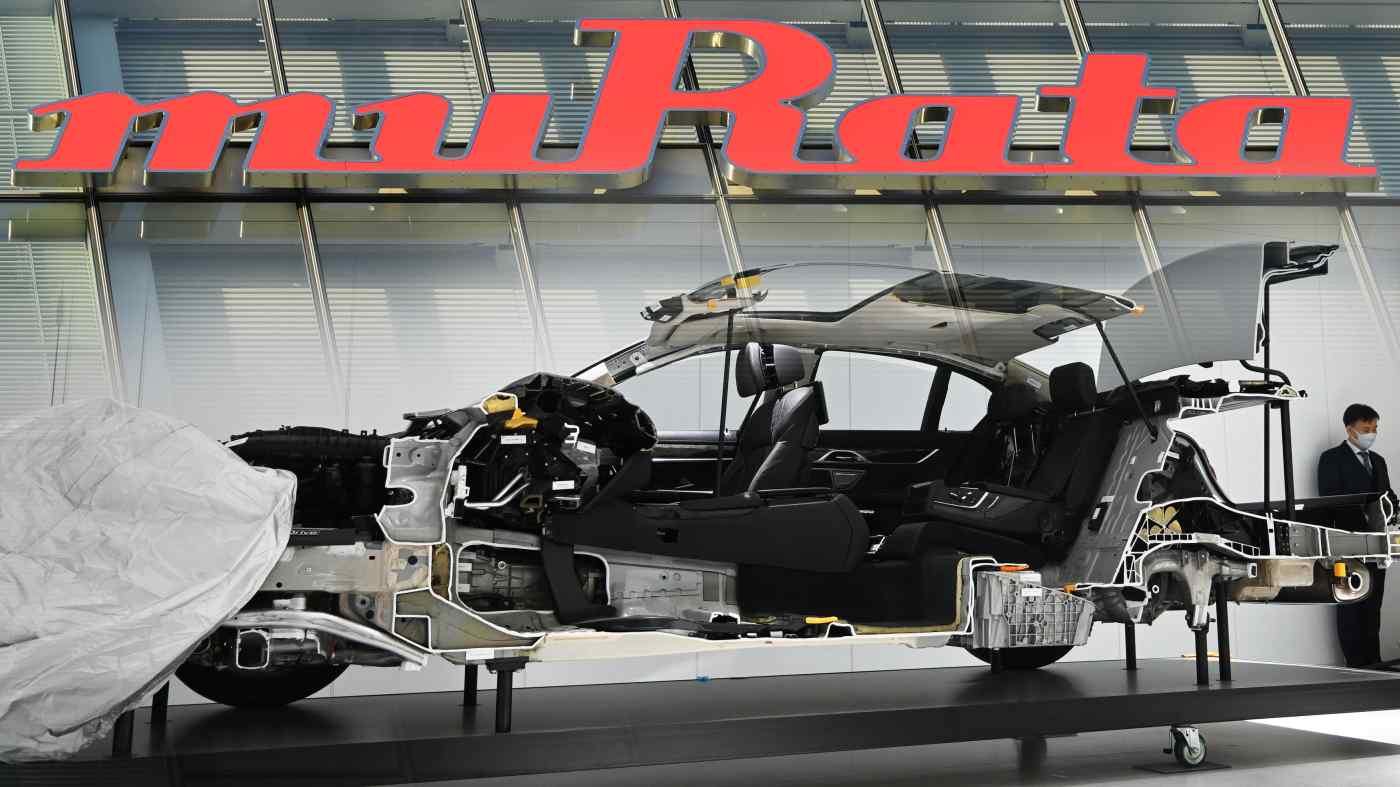 Murata opened an 18-story research complex that could house as many as 1,850 employees in Yokohama in December.
MITSURU OBE, Nikkei staff writerDecember 30, 2020 18:35 JST | Japan
CopyCopied

YOKOHAMA, Japan -- Murata Manufacturing, Japan's iPhone parts maker, is looking to expand its auto business and cut into an industry that is undergoing a once-in-a-century transformation.

"Automobile is a segment we are strongly focusing on," Murata President Norio Nakajima said in an interview with Nikkei Asia earlier this month. "Electrification and safety devices are the two main areas."

Murata already supplies automobile components such as inertial sensors for precise positioning information and shock sensors for air bags. The company is targeting the further expansion of its auto-related business, including products that use 5G, as its new pillar, following its smartphone-related business.

Murata, based in Nagaokakyo, Kyoto Prefecture, is the world's largest supplier of capacitors, tiny devices that accumulate and release electricity to help smooth voltage and protect the delicate electronic components in smartphones and other devices. A thousand capacitors are used in one smartphone and as many as 10,000 in a car. Its main customers are Apple, Samsung and Chinese makers of smartphones.

Nakajima became the company chief in June, the first head from outside the founding Murata family. The young-looking, easygoing 59-year-old engineer is a key architect in the company's transformation into a global smartphone parts powerhouse.

Nakajima's mission is to lead the 70-year-old technology company's expansion into new areas outside the consumer smartphone-related business, as electric vehicles have become a major industrial focus around the world. Japan and China are set to end sales of gasoline-only vehicles by around 2035, and the U.K. by 2030. 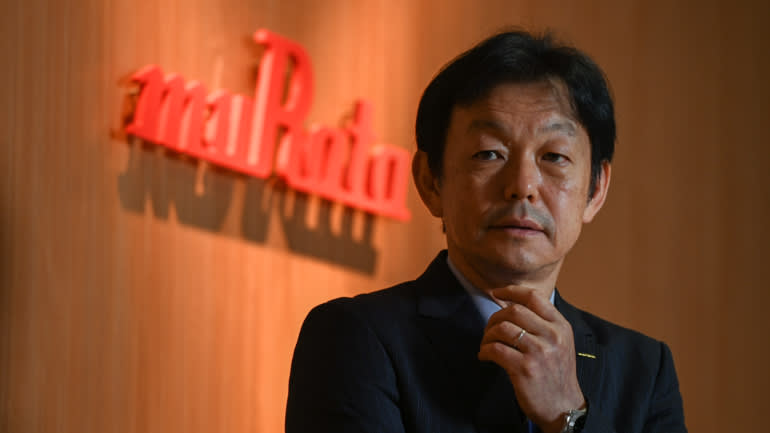 "Automobile is a segment we are strongly focusing on," Murata President Norio Nakajima said in an interview with Nikkei Asia. (Photo by Atsushi Ooka).

Japan's ancient capital, Kyoto is a hub for technology business in the country and home to companies such as Nintendo and Nidec. But it is located far from the major auto-making centers of the nation: Aichi in central Japan and Tokyo farther east. Murata's main research centers had been located in Shiga Prefecture, western Japan.

That has led Murata to invest 40 billion yen ($386 million) to develop an 18-story research complex in Yokohama, near Tokyo, in a show of its commitment to strengthening its auto-related business. The complex, which was opened this month, could house as many as 1,850 employees.

It is also two blocks away from the headquarters of Nissan Motor, which launched the world's first mass-produced electric vehicles in 2010 and has been keen to promote them all over the world. Japanese rivals Toyota Motor and Honda had paid more attention to hybrid vehicles, which have internal combustion engines as well.

One of the goals for having a research center near Tokyo is to attract engineering talent, says Hiroshi Iwatsubo, Murata's business development chief. Major Japanese electronics companies have struggled due to stiff competition with South Korean and Chinese rivals, and companies such as Toshiba have reduced their engineering staff. That restructuring is giving companies like Murata an opportunity to hire experienced engineers.

In the last fiscal year ended March, auto-related business accounted for 17% of its sales, compared with 52% for telecommunications, including smartphone-related business.

Smartphone parts remain a key driver of business. In October, Murata revised up its pretax profit estimate for the current fiscal year to roughly the same level as the previous year, compared with an earlier forecast of a 16% decline. Nakajima said during the interview that he expects annual earnings "largely in line with the forecast."

Strong demand comes as Chinese smartphone makers such as Xiomi, Oppo and Vivo as well as Apple and Samsung boost production to take market share away from Huawei, the world's third-largest smartphone maker, which Washington has slapped with a supply ban on semiconductors and Android software updates amid the ongoing U.S.-China trade war.

To meet this strong demand, Murata is going to spend a total of 200 billion yen in the current fiscal year and "intends to maintain a similar amount of investment, at least in the next three years," Nakajima said.

While capturing the near-term growth of the market, Nakajima is looking ahead beyond the smartphone business.

"In the next three years, the main usage of the 5G technology will be to make smartphones more convenient -- allowing larger amounts of data to be transmitted faster," Nakajima said in a recent news conference unveiling the research complex. After that, "other 5G usages are likely to overtake that for smartphones," he predicted. Examples include vehicle-to-vehicle communication to prevent collisions, remote monitoring of factory equipment and telemedicine, he said.

In recent years, Murata has made a number of acquisitions, both in and outside Japan, to add to its lineup of products for autos, especially EVs, Nakajima explained.

In the U.S., for instance, Murata acquired an auto parts maker a couple of years ago. The acquisition "will allow us to produce onboard battery chargers as well as DC-to-DC converters," Nakajima said in the news conference. DC-to-DC converters provide the right voltage to each electronic device in a circuit.

The auto industry, a key pillar of the Japanese economy, is facing major disruptions as the result of a rapid shift to electric vehicles and autonomous driving. This has created new businesses for technology companies like Murata.

Nevertheless Nakajima is concerned about Japanese automobile industry. "Japan is behind in EV adoption," the president warned. "It needs to speed up its shift from internal combustion engines to electric cars."

In the basement of the newly opened research complex, a disassembled sedan is on display to show visitors how Murata's components are used. Next door is a car pit for installing Murata equipment in an actual car. In the second basement, there is a chamber for electromagnetic interference testing.

"We are probably the only car parts maker with such facilities," a Murata manager said.