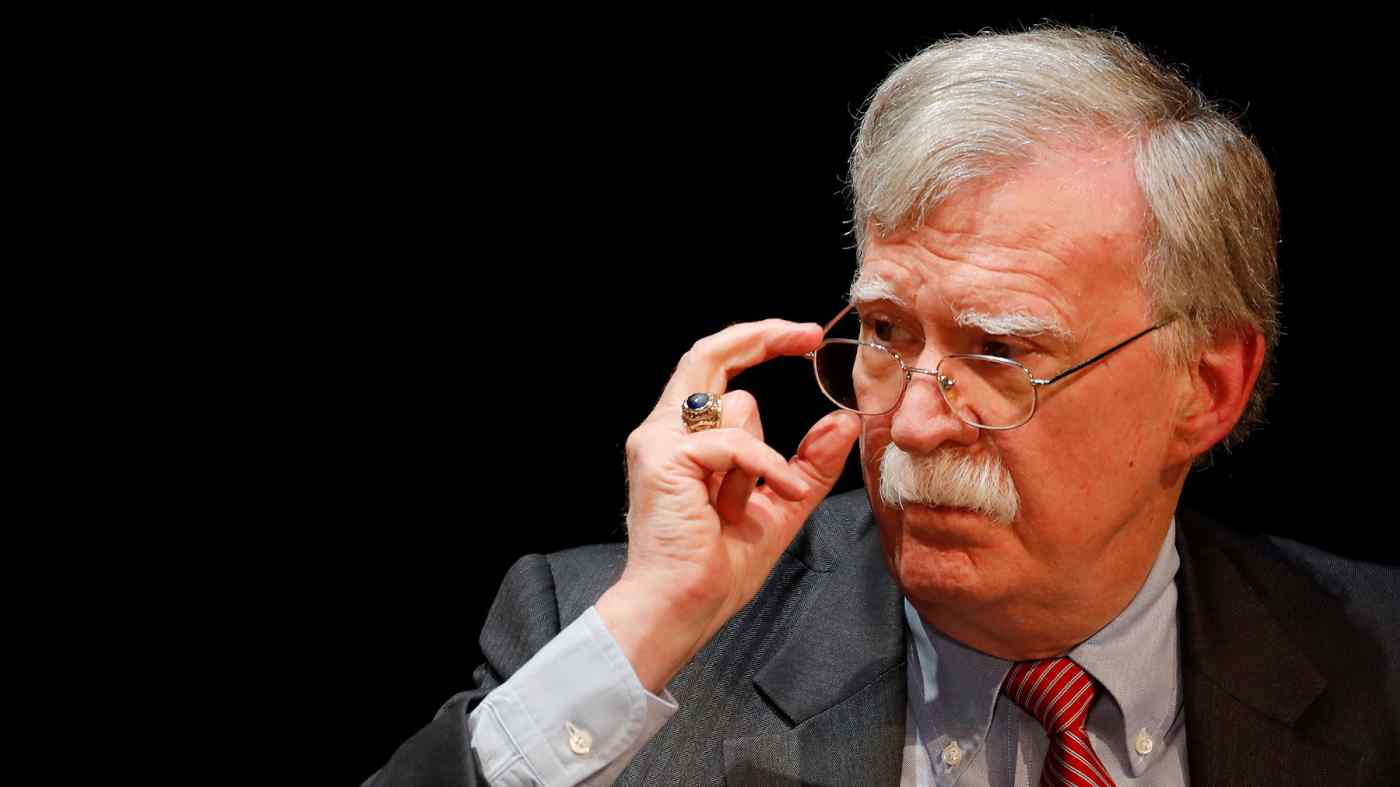 WASHINGTON -- The Trump administration did not have a coordinated, coherent China policy, which ultimately may have given Chinese President Xi Jinping an opening to advance on Hong Kong, former U.S. National Security Adviser John Bolton told Nikkei in an interview Tuesday.

Bolton, who released last month his tell-all book "The Room Where It Happened: A White House Memoir," described President Donald Trump's decision-making as heavily driven by domestic political motivations and said that if Trump is reelected and the political "guardrail" is gone, he may compromise with China to secure a "big trade deal."