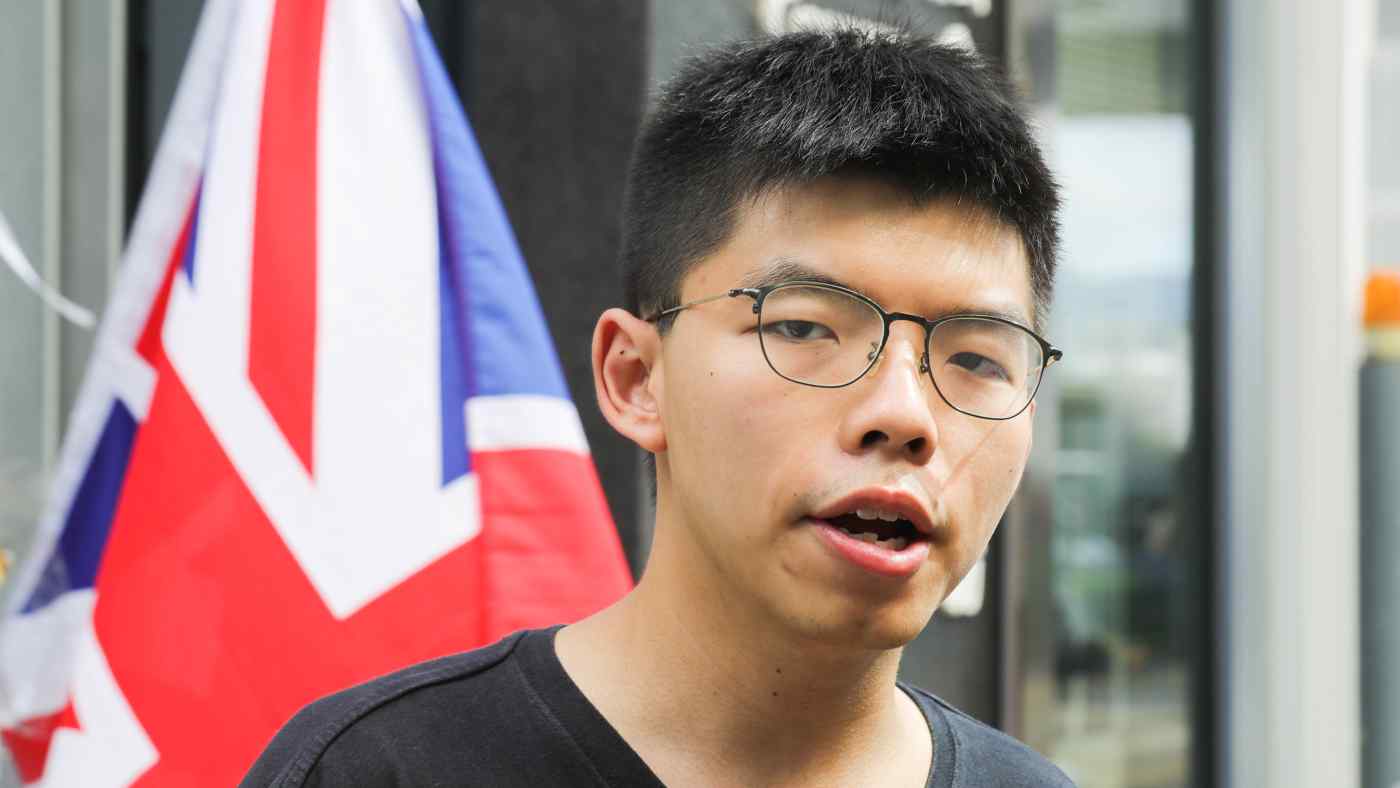 HONG KONG -- Pro-democracy activist Joshua Wong Chi-fung urged global leaders at next week's Group of 20 summit to counter China's president over the use of rubber bullets and tear gas by police in recent clashes with protesters in Hong Kong.

"I urge world leaders during the G-20 Summit," the 22-year-old activist told the Nikkei Asian Review on Thursday, to "have a meeting with Xi Jinping and ask [him] how he [allowed] Hong Kong police to use rubber bullets" on the people.

Many protesters and city lawmakers have said police used excessive force to quell protesters last week after a demonstration at government headquarters turned into violent clashes. More than 80 people were injured.

Wong said that while economic and business interests take priority among G-20 leaders, and at the expense of human-rights issues, there was "no doubt that they should realize how democracy and rule of law guarantee economic freedom."

Xi and U.S. President Donald Trump are scheduled to meet at the June 28-29 summit in Osaka, Japan, with the Sino-American trade war at the top of the agenda.

Wong said the timing of the two-day summit was critical, given that the anniversary of the handover of Hong Kong to China from Britain is two days later on July 1. Since sovereignty was transferred in 1997, that day has often been used for demonstrations against the local government. He predicted that more than a million people will turn out for another mass rally.

Last Sunday, nearly 2 million people jammed the streets of the city's key business and commercial districts, according to organizers, marching to oppose a controversial extradition bill. That followed a similar protest rally a week earlier that brought out an estimated 1 million people.

The proposed legislation would allow for the extradition of people in Hong Kong to mainland China, which lacks an independent judicial system. Opponents of the bill say that the Chinese Communist Party could use the law to request the transfer of anyone it views as a threat to its authority. 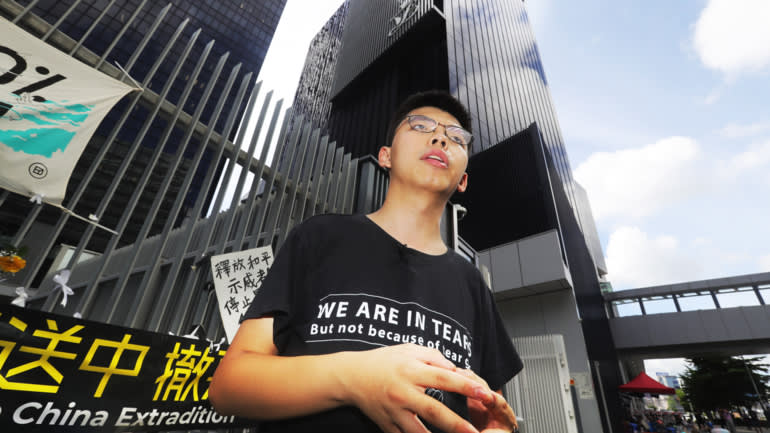 Wong said "we continue to get people on the street to show the power of the people." (Photo by Ken Kobayashi)

Protesters also say the bill could weaken Hong Kong's own legal system, which is the foundation of its status as a vibrant global financial hub. Hong Kong Chief Executive Carrie Lam has suspended legislative debate on the bill, but has not completely retracted the legislation, which protesters are demanding.

"Now is the time to urge the government to fully withdraw it," Wong said in the interview.

Wong became the most prominent and globally recognizable figure to emerge from the group of student leaders of Hong Kong's Occupy Central protests in 2014, when he was just 17 years old. The Umbrella Movement gripped the city for 79 days, with protesters camping out on the streets of major government, business and commercial districts until they were cleared out by police under a court order.

Now the secretary-general of pro-democracy group Demosisto, Wong said he and other activists had "learned the lesson" of the Umbrella Movement.

"We are more organic," he said, adding that the current "leaderless movement encourages people to have self-initiative." Without a clear leader or a small group of leaders, Beijing authorities cannot target any one person or persons for silence, he said.

Wong said that activists will continue their protests until Hong Kong has full democracy, with citizens being able to elect their own chief executive, the city's top official. "He or she should be truly elected by the Hong Kong people," he said, and not be Beijing's "puppet."

The Hong Kong Federation of Students, a group of student unions from local universities, this week called on protesters to surround government headquarters on Friday morning if their demands, including that the government formally withdraw the bill by late Thursday afternoon, were not met. The deadline passed without comment from the government.

"Action will happen soon, within the next few days. Civil disobedience -- direct action -- will generate more confrontation," said Wong, who has served three prison sentences related to charges involving the Occupy Central protests. He most recently was jailed last month and released on Monday.

"I believe it will not be the final time for me to serve a jail sentence," he said, adding that he was not sure when the government would try to prosecute him again. "We continue to get people on the street to show the power of the people."

Wong said that he does not plan to follow the path of other Hong Kong activists and seek political asylum. Last month, two Hong Kong men revealed that they had been granted refugee status in Germany after they fled the city while facing charges related to rioting in a 2016 clash between police and protesters.

Wong said that he and others involved in the current protests who were born in Hong Kong "hope to commit and dedicate" themselves to their hometown. "Only the government needs to fear the people, instead of people to fear the government."