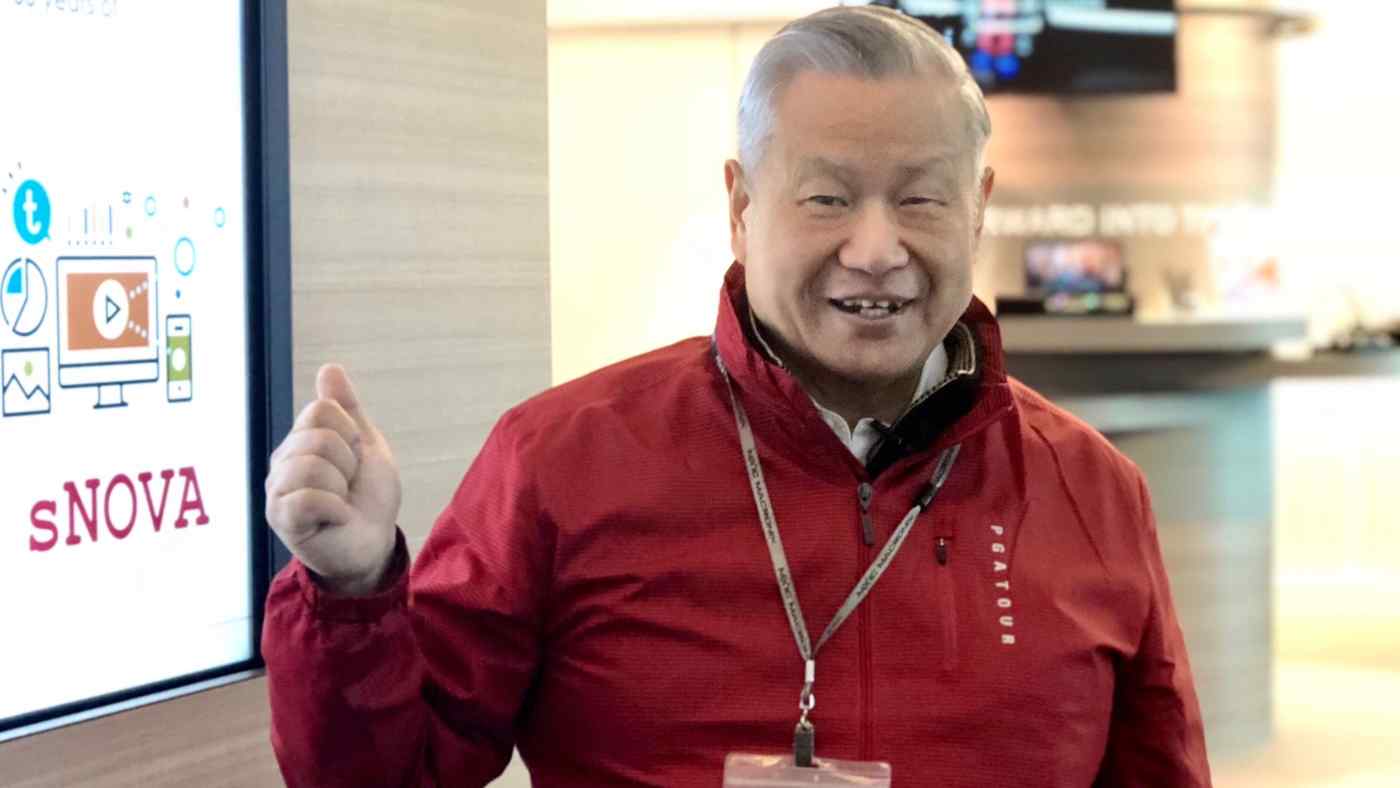 TAIPEI -- Macronix International, a leading memory chip maker in Taiwan and a key supplier to Nintendo, Sony, Huawei and Apple, has forecast a steady recovery in market demand and a rebound in memory chip prices in 2020, even as China continues to roll out financing programs to fund the country's own nascent semiconductor industry.

"We see 2020 as being a relatively robust year, and we see room for memory prices to rebound given the supply-demand situation," Miin Wu, chairman and CEO of Macronix, told the Nikkei Asian Review in an interview. "As a leading indicator, the chip industry is like ducks in a river who know spring is coming ahead of other people."

Wu's comments come as many market watchers take note of Beijing's campaign to keep pumping money into the country's chip industry, which is deeply connected to national security and at the center of the U.S.-China tech battle. The Chinese government recently launched a 204 billion yuan ($29.2 billion) second phase of the so-called "Big Fund"-- formally known as the China Integrated Circuit Industry Investment Fund -- after introducing its first seed fund of 138.7 billion yuan for the industry in 2014.

Many Chinese chip projects are backed by the fund, including Yangtze Memory Technologies, China's first NAND flash memory chip provider that aims to challenge Samsung Electronics and Micron, as well as GigaDevice, a smaller Macronix rival that saw its shares jump 230% in 2019, riding the wave of the booming wireless earbuds market which includes Apple's AirPods.

Wu said Chinese government subsidies will help boost the overall semiconductor industry, but that it still needs a lot of time and accumulated efforts to cultivate talent and technology.

"From the semiconductor industry's point of view, it will still take China some 20 years to train a pool of qualified engineering talent and to build up its own technologies," Wu said, adding that the U.S.-China tech war has raised alarm bells in China that its chip technologies still lag far behind the global leaders.

But if Chinese companies work hard and current players -- including Samsung, Micron and SK Hynix -- do nothing, "in 20 years, the current existing chip companies may not be able to survive given that China has such a massive domestic market."

Founded in 1989, Macronix is the world's leader in the specialized NOR flash market, a type of memory component that is essential in almost every electronics device, with a 21% market share, according to Shanghai-based research company CINNO.

Wu, an industry veteran with a master's degree in materials science engineering from Stanford University and who spent years working at Intel, is one of the pioneers that helped Taiwan bring back talent from overseas three decades ago and build its flagship semiconductor industry, the world's second-largest by revenue after the U.S. that is worth roughly 2.6 trillion New Taiwan dollars ($86.5 billion).

Wu said his company did not receive any funding from the government but has a clear strategy so that it could survive the extreme volatility in the memory chipmaking market over the past three decades as many peers, such as Elpida and Qimonda, went bust.

"We only serve the market and customers that we are capable of serving rather than making big gambles or joining the price war to secure orders," he said.

Macronix sees industrial, automotive and medical applications as the three key growth drivers for years to come, while the massive mid- to low-end consumer electronics market will not be its focus, given the pricing competition.

The Hsinchu, Taiwan-based memory chip maker saw its revenue grow 8.1% to NT$37 billion in 2018 from a year earlier, as its net profit surged 63% to nearly NT$9 billion -- the company's second-highest on record. However, it reported a 7% revenue decline in the first 11 months of 2019 due to a market slump dragged by the trade conflict.

"Looking ahead for 2020, we think the demand will be back and we have not yet seen Chinese memory chip players that will cause significant market impact," said Sean Yang, an analyst at CINNO.

"Memory chip prices will also recover, especially in the second half of 2020 when most of the smartphone makers, including Apple, introduce 5G phones and all the telecom infrastructure will be more ready," Yang said. "However, the U.S.-China tech and trade battles are still big uncertainties."