Key US lawmaker calls for more 'clarity' on Taiwan policy 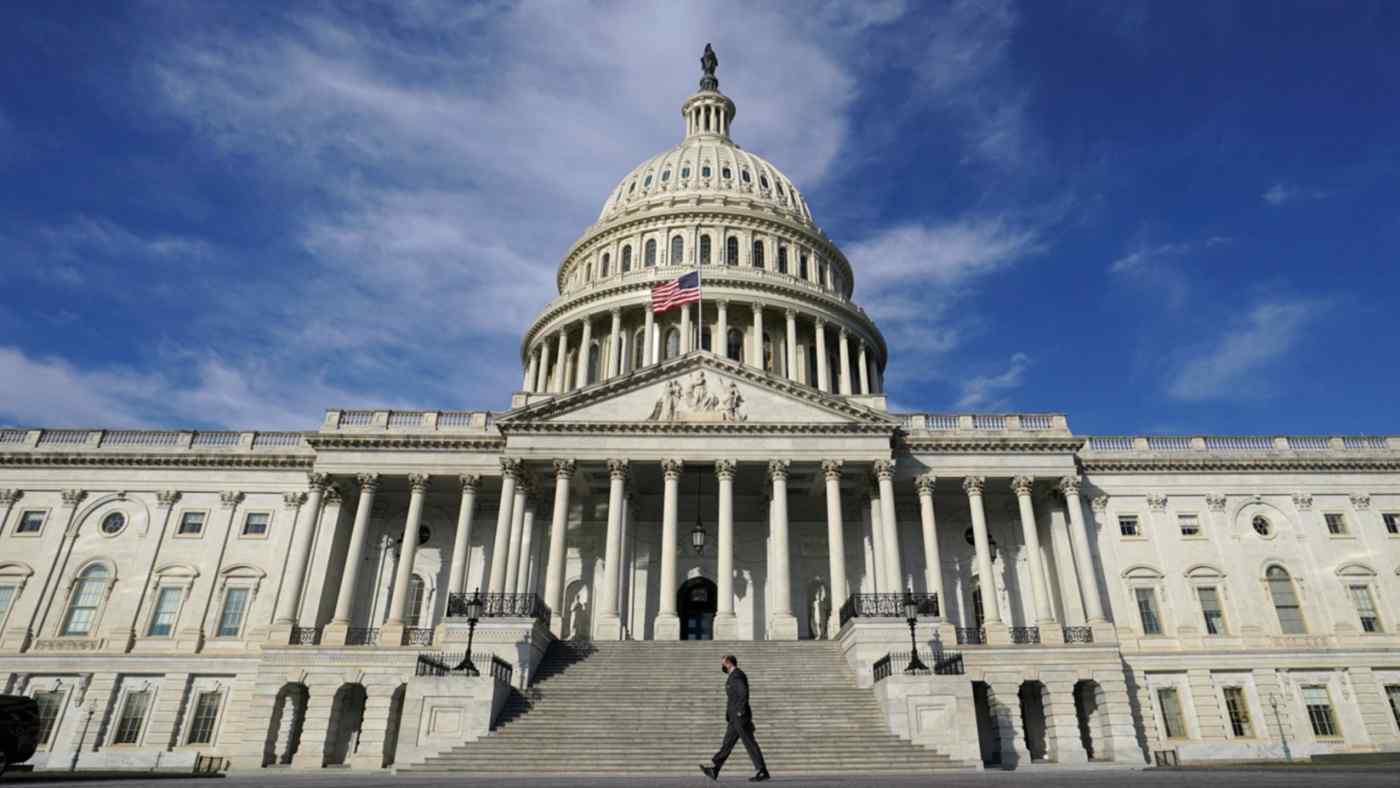 WASHINGTON -- As China ramps up military pressure on Taiwan, U.S. lawmakers have increased calls for more clarity regarding America's policy to deter any Chinese attempts to alter the status quo.

In an interview with Nikkei, Rep. Ami Bera, chairman of the House Foreign Affairs subcommittee on Asia, the Pacific, Central Asia, and Nonproliferation, said "there needs to be more clarity," and that it is a debate that is taking place in Congress and in the subcommittee that he leads.

Bera said China needs to understand what the economic consequences, and potentially the military consequences could be if it attempted to unify the island by force.

"It’s important that China not misinterpret what might happen should they invade Taiwan, because I certainly think there’ll be massive and swift economic consequences," he said.

China's military has increased its activity near Taiwan recently, including deploying fighter jets into the island's air defense zone as recently as Thursday for six days in a row. China also said a Chinese aircraft carrier group was exercising close to the island. 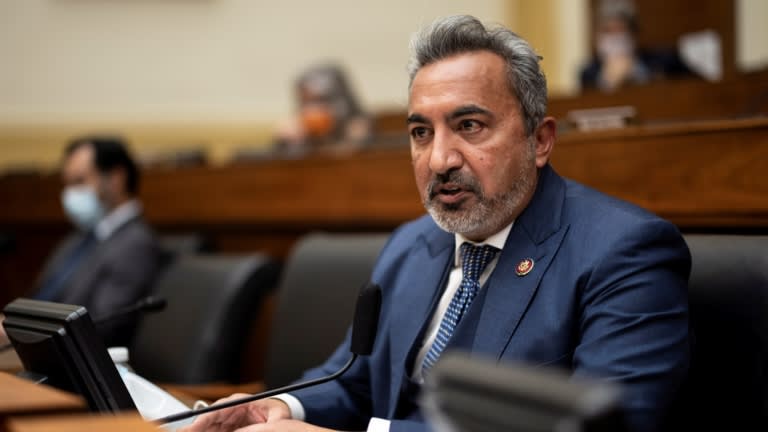 Rep. Ami Bera, chair of the House Foreign Affairs subcommittee on Asia, discussed economic deterrence over Taiwan in a recent interview with Nikkei.

As tensions rise, the U.S. is trying to calibrate a policy to protect the democratic island, which Beijing considers as a province of the People's Republic of China.

"In the 21st century, we do want to adhere to the rule of law and free-market competition, and the values of democracy," Bera, a Democrat from California, said in the phone interview. "And I don't think the world would stand by should China take aggressive actions in Taiwan, as they have in Hong Kong."

Despite the strategic ambiguity, if Beijing were to take military action, the assumption is that U.S. forces based in Japan would be the first to conduct a counter operation.

Around 54,000 U.S. troops are forward deployed to Japan, the largest overseas contingent in the world, and serve as the military deterrent.

"A starting point is the economic deterrence and the economic hardship that China would feel should they take that step," Bera said. "I think the Politburo needs to understand that, as they have their own internal debates, in China," he said, referring to the top-decision making body of the Chinese Communist party.

He added that the subcommittee has had discussions over what the economic consequences should be.

The House Foreign Affairs subcommittee on Asia, the Pacific, Central Asia, and Nonproliferation holds significant clout over legislative and budgetary concerns in the region, as well as on the administration's China policies.

"We also want to work in concert with the Biden administration," he added. Visitors look at a prototype of CH-7 stealth unmanned aircraft displayed at the booth of China Aerospace Science and Technology Corporation during the China International Aviation and Aerospace Exhibition in Zhuhai, South China in 2018.    © Reuters

In the Taiwan Relations Act of 1979, passed the same year Washington normalized ties with Beijing, the U.S. called for the future of Taiwan to be "determined by peaceful means." But despite stipulating any efforts to the contrary as a "grave concern to the United States," the act does not spell out what Washington's response will be should China invade Taiwan by force. A key question is whether Congress would consider new legislation regarding sanctions under such a scenario.

Brian O'Toole, a nonresident senior fellow at the Atlantic Council and a former Treasury official in the Obama administration, said: "It certainly is an idea" to pass new legislation to provide economic deterrence as well.

Such laws could provide scope on "how much pain the U.S. is willing to tolerate with respect to Taiwan," he said.

The U.S. recently passed legislation promoting exchanges between American and Taiwanese officials, as well as arms sales to Taiwan. Though this was designed to provide additional diplomatic and military support to the island, the legislation does not touch on potential sanctions in the case of a Chinese invasion.

Even without a new law, the Biden administration could potentially enact penalties against Chinese companies under the International Emergency Economic Powers Act. The act grants sweeping authority to the president to restrict economic transactions during an emergency, and was invoked by former President Donald Trump in his push to ban the TikTok video-sharing app.

But because this law can apply to a wide range of situations, it does little to prevent any one specific scenario from unfolding, according to one congressional source.

Bera in his interview urged for greater U.S. engagement with Europe, as well as fellow Quadrilateral Security Dialogue members Japan, India and Australia, regarding economic deterrence over Taiwan. Congress could encourage Biden to pursue such joint efforts through resolutions and other channels.

"The most important thing is to coordinate with other countries and get other countries on board with us," said Bonnie Glaser, senior adviser for Asia at the Center for Strategic and International Studies.

She said a sanctions regime is "worth thinking about," but warned that "if we define sanctions in this new regime in a way that other countries think is too extreme and they won't get on board with us, then it's not a good step to take." 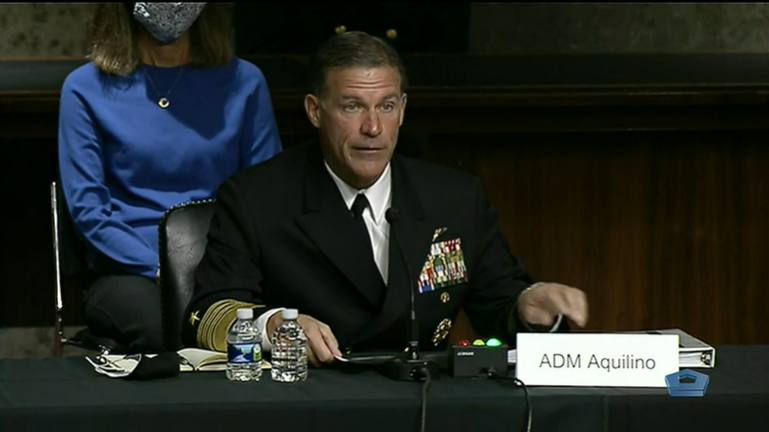 U.S. Navy Adm. John Aquilino, nominee to be commander of the U.S. Indo-Pacific Command, testifies before the Senate Armed Services Committee on March 23.

A separate congressional source was skeptical about the effectiveness of economic deterrents altogether. "We have to meet force with force," the source said.

But while the retiring Davidson said that issues such as strategic ambiguity "should be reconsidered routinely," and that he looked forward to such a conversation, the nominee to be his successor, Adm. John Aquilino warned Congress that any such change in policy should be considered carefully.

"The current policies have been able to keep the status quo in place now for a number of years," Aquilino said in his March 23 confirmation hearing. "I would be open to, and hope to be -- if confirmed -- included in any conversation should we decide to change or adjust that policy."

He added: "We would have to ensure we understand the risk, and be extremely thoughtful, if we were to go down that path."