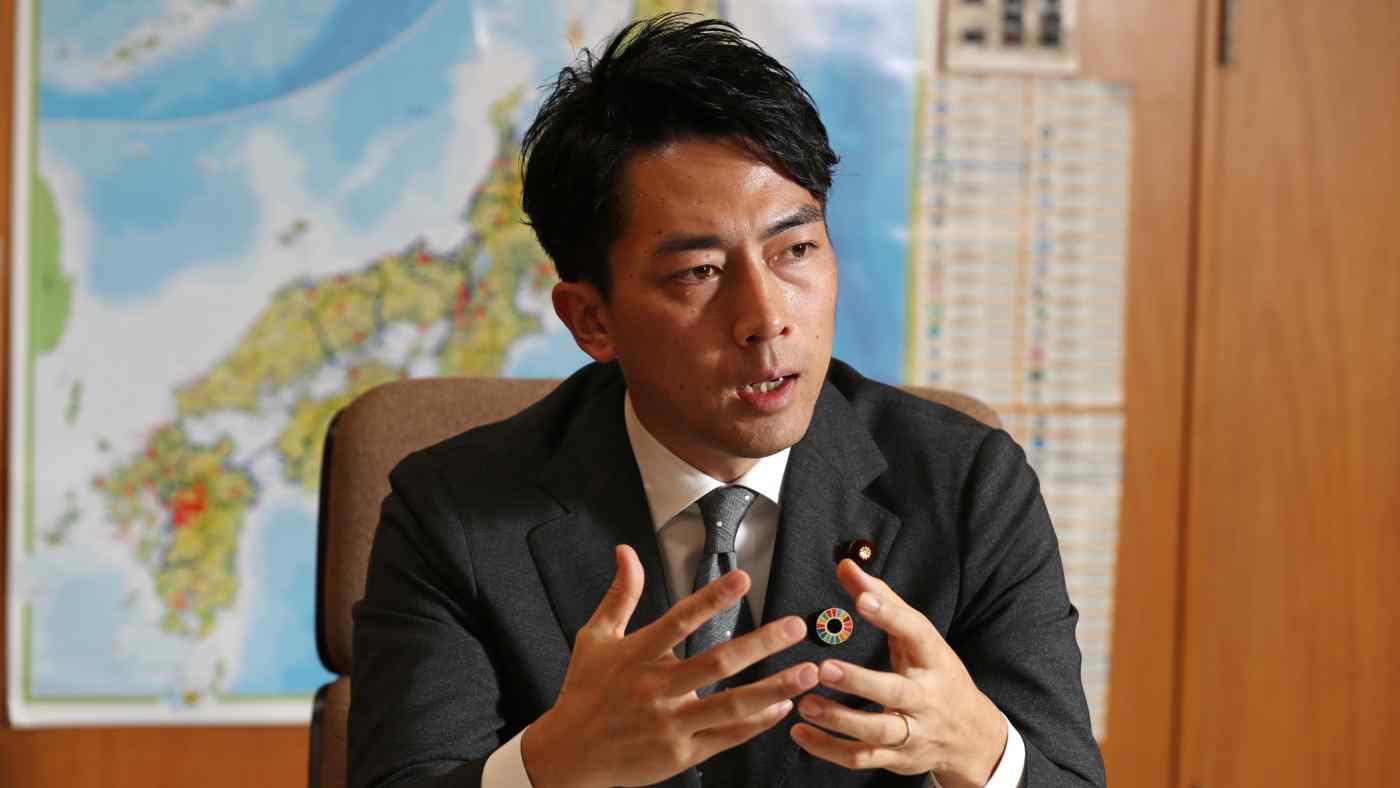 Construction of new power generation facilities is restricted, though not banned, across most parts of Japan's 34 national parks.

"It's possible that even good projects aren't able to move forward because we're totally focused on conservation," Koizumi said in an interview Monday. "We're changing our thinking to balance conservation with making good use" of the land.

The Environment Ministry is devising policies to meet the zero-carbon goal announced by Prime Minister Yoshihide Suga on Monday, a move that Koizumi welcomed.

"I'm honestly glad that my appeals have paid off with the prime minister's decision," Koizumi said. "The fact that transitioning to a carbon-neutral society has been made a centerpiece of our growth strategy is a historic turning point."

Funding will be provided for renewable energy in municipalities that target net-zero emissions by 2050 -- as more than 160 have already pledged to do -- with an eye toward spurring investment in infrastructure such as solar-powered streetlights.

"We'll accelerate the introduction of renewable energy in municipalities that made that pledge before the central government," Koizumi said.

Japan also will subsidize the cost of using renewables to power energy-hungry data centers. A private-sector company is building a data center that runs entirely on renewable energy in the Hokkaido Prefecture city of Ishikari, and Koizumi anticipates the trend expanding to other regions.

Electric vehicles figure in the ministry's plans as well.

"We want to support their adoption in the logistics and transportation sectors," Koizumi said.

Japan will expand subsidies for purchases of two- and four-wheeled vehicles with replaceable batteries, looking to shipping companies in particular.

Koizumi plans to make the case for electrics not only as a way of cutting emissions, but also as an emergency power source in disasters.

"Electric vehicles are mobile batteries," he said. "We're promoting them as a form of social infrastructure."

The minister stressed the need for even small and midsize businesses to participate in the push toward carbon neutrality.

"It's possible that [companies] could get shut out of global supply chains just because they don't use renewable energy," he warned.

Alongside the new 2050 target, Japan will rework its current goal of reducing emissions 26% from fiscal 2013 levels by fiscal 2030. This was established in 2015 under the Paris Agreement on climate change, and Tokyo was criticized for not choosing a more ambitious goal when it submitted an updated plan to the United Nations earlier this year.

A new target will be set before the U.K. hosts the U.N. Climate Change Conference, or COP26, in November 2021, Koizumi said.