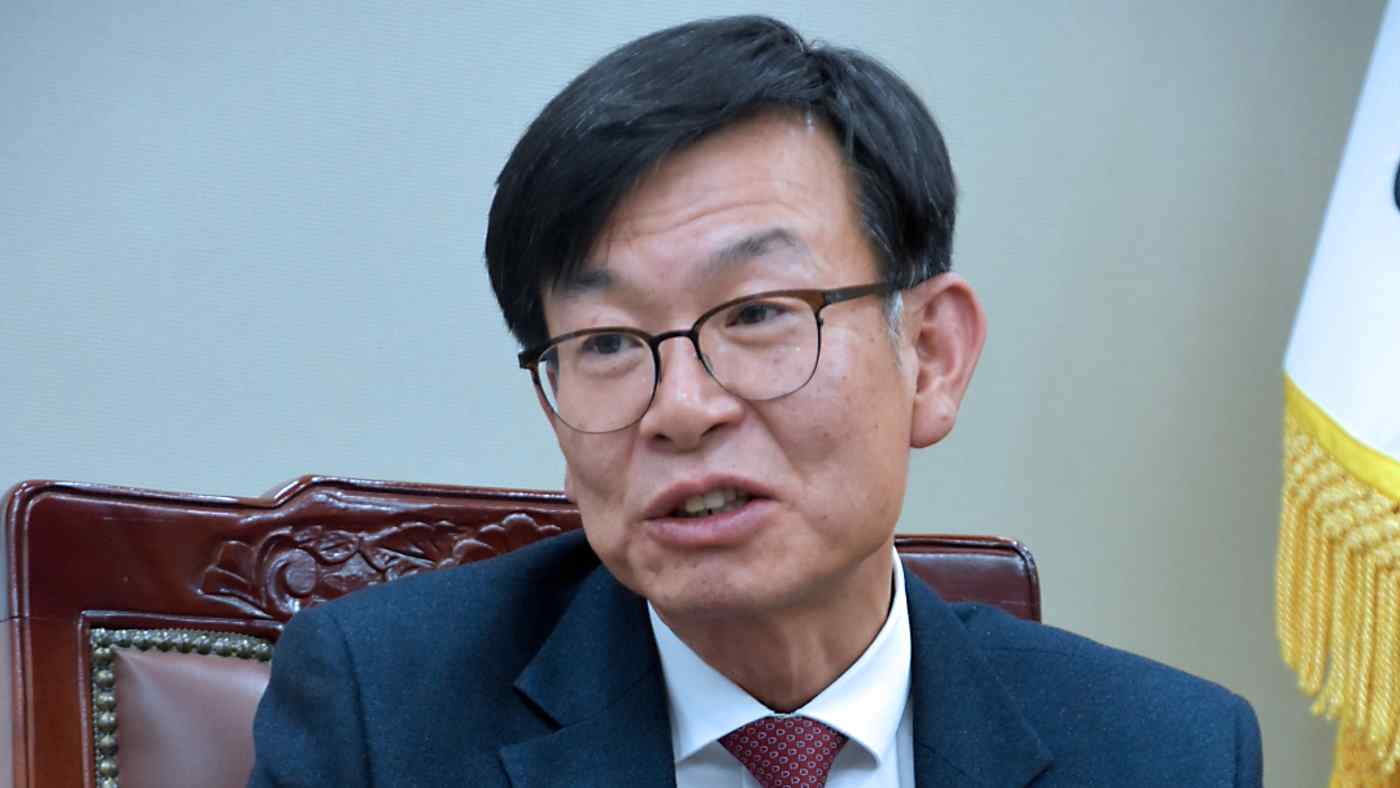 SEJONG, South Korea -- South Korea's antitrust chief has accused the country's powerful family-run conglomerates, or chaebol, of preferring to preserve their power over the economy rather than bring in professional management and drive their businesses forward through innovation.

The current generation of chaebol leaders "have lost the aggressive entrepreneurship that was shown by the generations of their founding grandfathers and fathers," said Fair Trade Commission Chairman Kim Sang-jo in a recent interview with the Nikkei Asian Review in his office in the Sejong administrative center.

"They were born as if they were princes in a kingdom. As the character of the families has changed, the decisive and quick decision-making process of the past has been replaced by a policy that focuses on the status quo to preserve their established power."

The watchdog was appointed in 2017 with a mandate to rein in the power of the chaebol amid growing public discontent over their stranglehold over an economy where unemployment is rising. President Moon Jae-in has faced growing public protest over his failure to bring the biggest corporations to heel amid a series of corruption scandals involving senior executives. 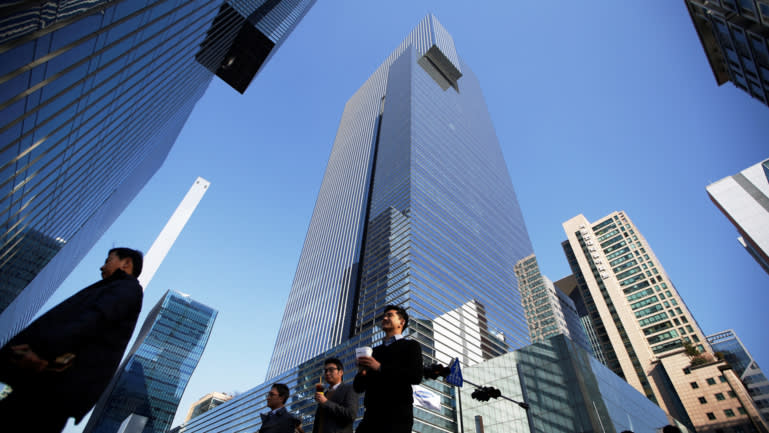 Kim's comments will add fuel to this growing discontent, and impetus to the growing number of foreign activists who are challenging conglomerates such as Samsung and Hyundai over opaque business practices and lax corporate governance.

A longtime corporate governance activist, Kim has been nicknamed the "chaebol sniper" for his outspoken criticism of abuses by big business. He said it was time for the families running these companies to bring in professional management to handle day-to-day operations. The time had passed when a single leader could make all the decisions, and the families should instead assume an oversight role such as chairman to set the strategic direction and connect with all stakeholders, he said.

The watchdog pointed to LG as a model that the other chaebol should follow. In the wake of the 1997 financial crisis in South Korea, LG was the first chaebol to adopt a holding company structure instead of the circular cross-shareholding system that has helped to protect the family ownership of other big business groups. Its key electronics and chemical affiliates are grouped under LG Corp., the holding company, which the founding Koo family controls.

"LG's affiliates are led by professional executives, while the holding company outlines the group's direction at a couple of meetings a year," said Kim, who was an economist before becoming head of the antitrust agency.

Kim insisted that despite his long record of openly criticizing the practices of certain chaebol, he did not believe reform of the conglomerates would happen overnight. Reform must be conducted through rules and regulations, and the most effective way to tame the chaebol is to enforce competition laws strictly, he said.

"If you thought I am a chaebol killer, you misunderstood me. The only way to succeed in chaebol reform is to make it predictable and sustainable. I want to complete the Candlelight Revolution, which made this government, through evolution," said Kim, referring to the mass movement that brought down President Park Geun-hye in 2017 over a corruption scandal that implicated chaebol leaders.

Park is now serving a 25-year prison term for abuse of power and taking bribes, while Samsung Electronics Vice Chairman Lee Jae-yong was released from prison in February after the Seoul High Court suspended his 30-month jail term for bribery and embezzlement. Both cases are pending at the Supreme Court.

Kim said his mission is to create a level playing field by blocking the chaebol from conducting illegal financial transactions aimed at maintaining family control and favoring subsidiaries over outside contractors. The FTC has investigated 10 conglomerates for violations, and is pressing to impose penalties on four of them, including Harim, Taekwang, Daelim and Kumho Asiana.

Meanwhile, foreign activists have begun to win some early victories in South Korea in their campaigns to improve corporate governance and improve shareholder returns.

Samsung diversified its board last year by adding a female director and an American member, acting on the recommendations of U.S. hedge fund Elliott Management, which has pushed for changes at the country's largest chaebol for the last several years.

Hyundai Motor announced in March its plans to change the group's ownership structure, but later withdrew it after Elliott and other shareholders said it would only increase the ownership control of the founding Chung family.

Kim said Hyundai Vice Chairman Chung Euisun should at least be given credit for trying to communicate with the market by indicating where the company wants to go. In contrast, Samsung Electronics Vice Chairman Lee, the de facto head of the group, must do more to communicate key messages to the market about Samsung's businesses.

Kim cited the example of Samsung's recent agreement to compensate leukemia victims who had worked at its semiconductor production lines. "I think [Lee] should have delivered this message himself, considering the importance of the decision," said Kim. "It was one of the most important and long-standing issues at Samsung. It was a very significant achievement for the company, affecting his reputation to resolve the issue."