Latvia ready to defend itself 'like never before': deputy PM 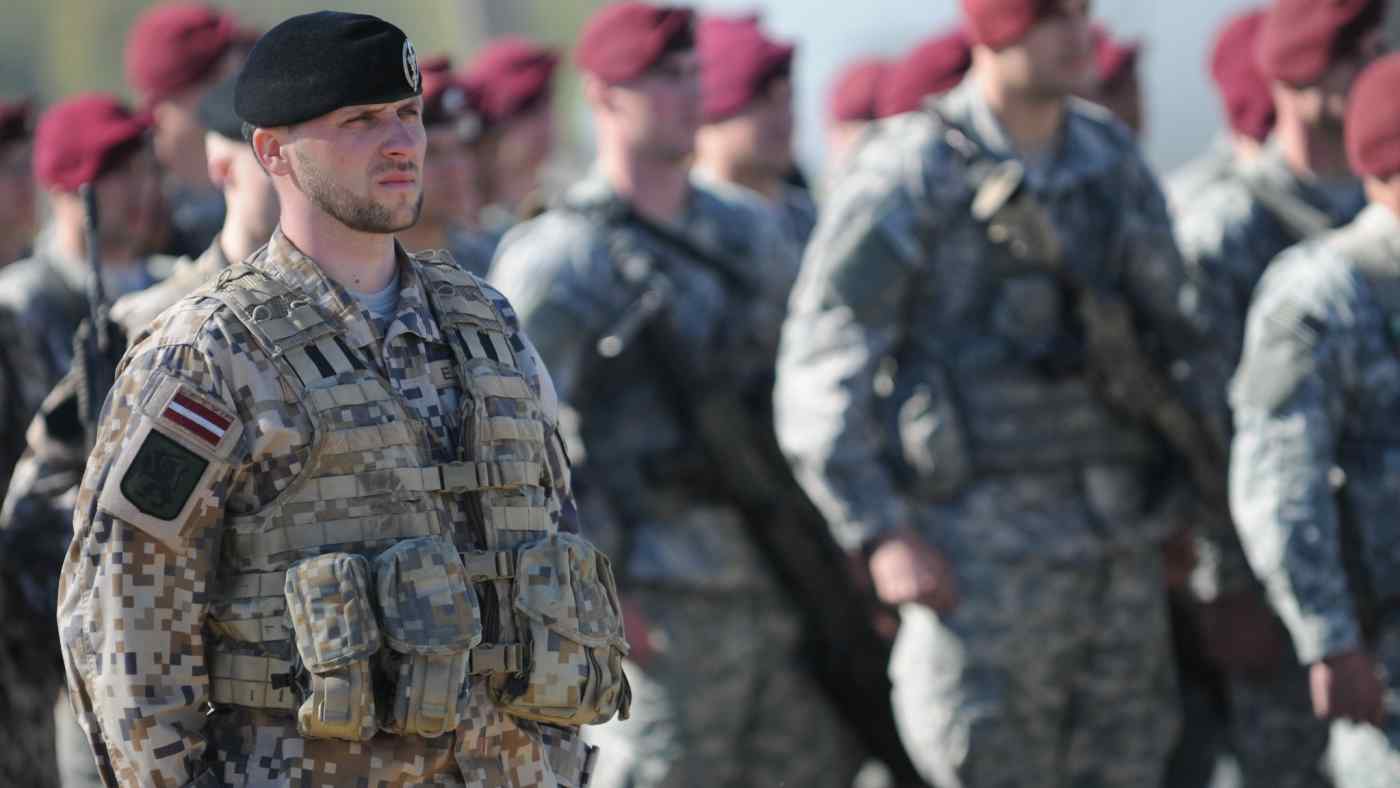 A Latvian soldier stands in front of his formation alongside U.S. paratroopers during 2014 exercises in Riga, Latvia. (Photo courtesy of the Department of Defense)
SINAN TAVSAN, Nikkei staff writerMarch 14, 2022 13:30 JST | Europe
CopyCopied

ANTALYA, Turkey -- Latvian Deputy Prime Minister and Defense Minister Artis Pabriks told Nikkei Asia his country is ready to defend its borders "like never before," with the number of volunteers enlisting in the Baltic state's National Guard growing at a record pace since "big bully" Russia invaded Ukraine.

The nation, with a population of less than 2 million, is also interested in acquiring from Turkey the kind of armed drones Ukraine's military has been using against invading Russian forces, Pabriks said in an interview on the sidelines of the Antalya Diplomacy Forum on March 12.