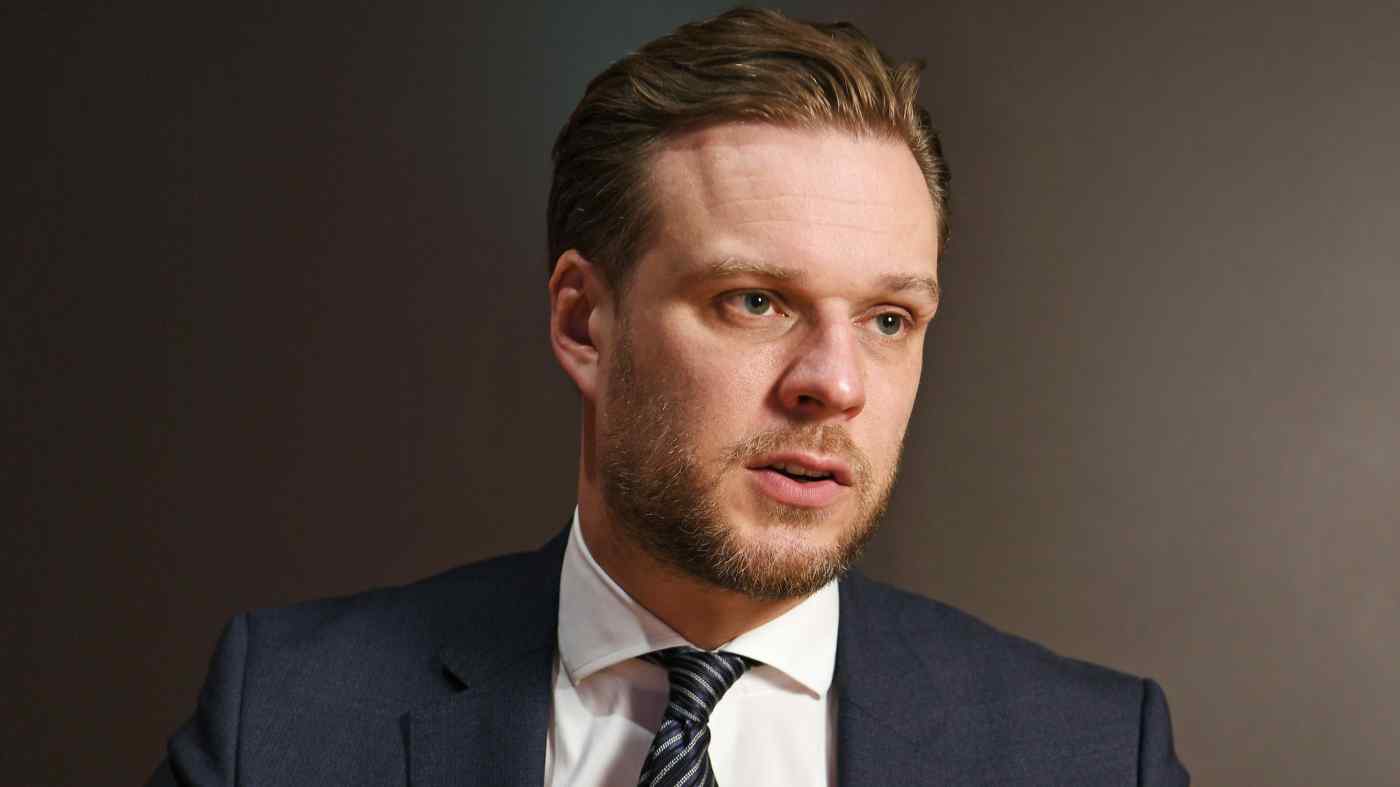 Gabrielius Landsbergis told Nikkei Asia in an interview on Tuesday in Tokyo that the framework, which Beijing values as a cornerstone of its Belt and Road Initiative influence in the region, has not been beneficial for its members. Lithuania left the bloc in May 2021.

"None of them can actually pinpoint any benefit of being in the format," he said.

Landsbergis said he does not agree with having different groupings of countries within the European Union. "[The EU] is a trade union, first and foremost," he said, "so decisions about trade with partners like China have to come from the EU, not from some quasi [group] within the EU format."

Lithuania has been gaining international attention in recent years as it broke with China and strengthened ties with Taiwan. Last year, Lithuania allowed Taiwan to open a de facto embassy in its capital, Vilnius -- the first in a EU country to use the name "Taiwan" instead of "Taipei."

This angered China, which sees Taiwan as a breakaway province and strongly opposes anything that suggests the island is a sovereign entity. Beijing recalled its ambassador, downgraded diplomatic ties, and suspended imports of products such as beef from Lithuania.

The foreign minister's visit to Japan comes as Lithuania seeks increased engagement with the Indo-Pacific region, and reflects its need to find trading partners to replace China.

"We are new in this," the minister said. "When it comes to understanding the region and all the intricacies of the region, Japan has more to offer us."

"The [difference in] history and geography provides a lot of different contexts, but politically, [in the way] we evaluate the situation, we are likeminded," he said, noting that many issues and concerns are shared.

Landsbergis is keen for more direct engagement with Taiwan. "Semiconductors is a very, very interesting sector, obviously," he said, noting that Lithuania is strong in lasers, biotech among other areas. "These sectors could benefit from Taiwanese investment," he said.

But despite showing a strong inclination toward Taiwan, the Baltic state's political position remains somewhat muddled.

In reference to Russia's war in Ukraine, the minister drew broader comparisons.

"Ukraine has to win," he insisted, otherwise anywhere "could be a next target," be it a small NATO country bordering Russia or an Indo-Pacific island.

Lithuania has been an active supporter of Ukraine, and has provided military aid. The minister said he himself recalled Soviet tanks and troops in Lithuania. "So for us, it's a very vivid memory," he said. "Similar events have taken place in the Baltics, so the worry is real."

As the war continues, the country's sense of urgency about its own security is increasing. To the west, it has borders with Russian territory of Kaliningrad, and to the east with Belarus, a close Russian ally. The Baltic country must face the possibility that fighting could spread to its territory.

Lithuania has called on NATO for assistance, and has a rotational battalion of 700 to 1,000 troops deployed. "We would like that to be increased to a brigade, [which] is three times more," the minister said.

The NATO umbrella has also attracted Sweden and Finland, spurring both to break their long-standing neutrality and apply for membership. The application must be approved by all current members, but the process is expected to be prolonged by Turkish opposition.

The minister welcomed the application of the two Nordic countries, emphasizing that their acceptance was "very important" to Baltic regional security and to Lithuania.

On Turkey, he said he hoped that the issue would be resolved, but that Lithuania is not a party to diplomatic negotiations between Ankara, Helsinki and Stockholm.