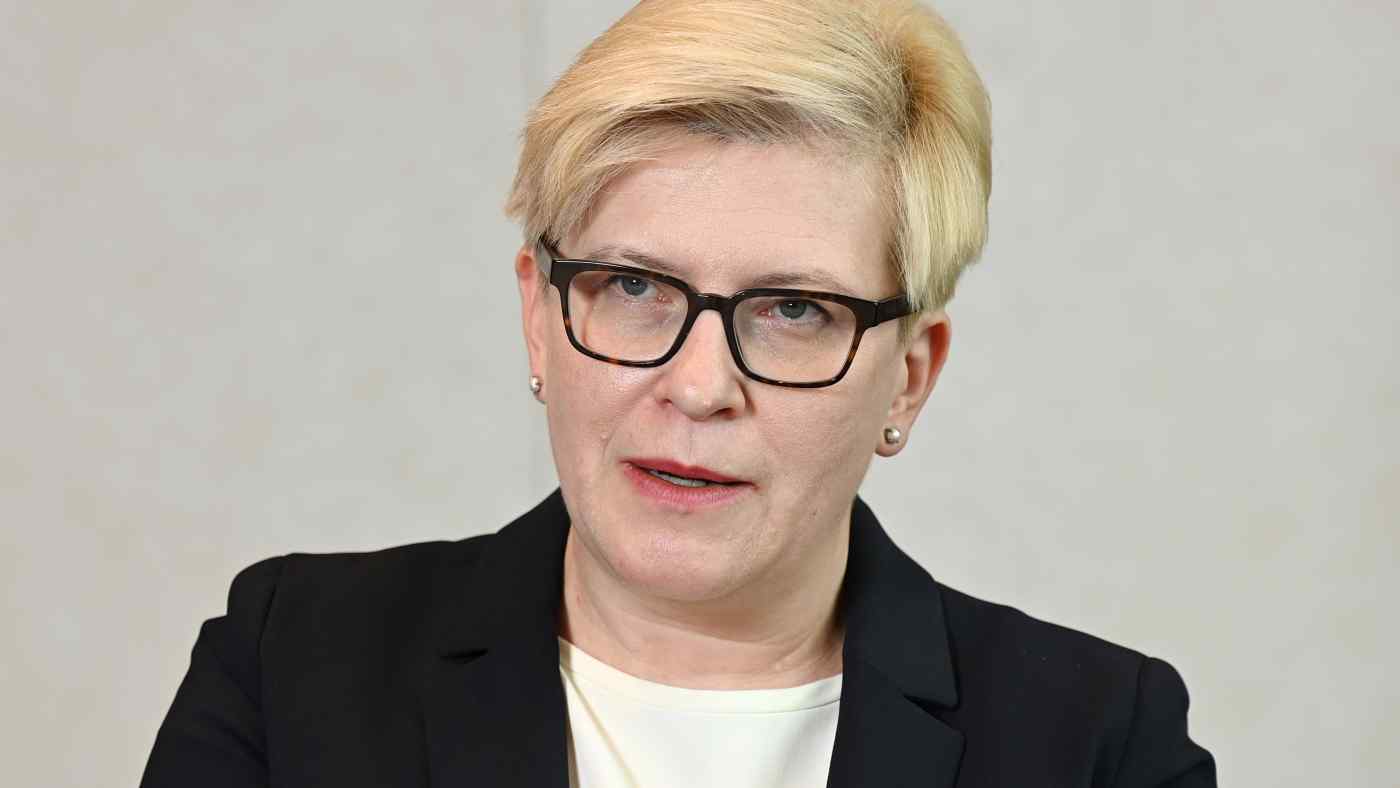 TOKYO -- Lithuania's prime minister has high expectations that her country's budding ties with Taiwan will lead to significant industrial synergies, including in fields such as semiconductors and lasers.

While most countries avoid overt diplomatic relations with Taiwan in favor of ties with China, which claims the self-ruled democratic island as its territory, Lithuania has made a point of reaching out to Taipei, where it opened a trade representative office earlier this year. Prime Minister Ingrida Simonyte told Nikkei Asia in an interview on Friday in Tokyo that this was part of a push by her government to strengthen relations in the Indo-Pacific region.