Mahathir keeps Malaysia, rivals and family guessing on next election 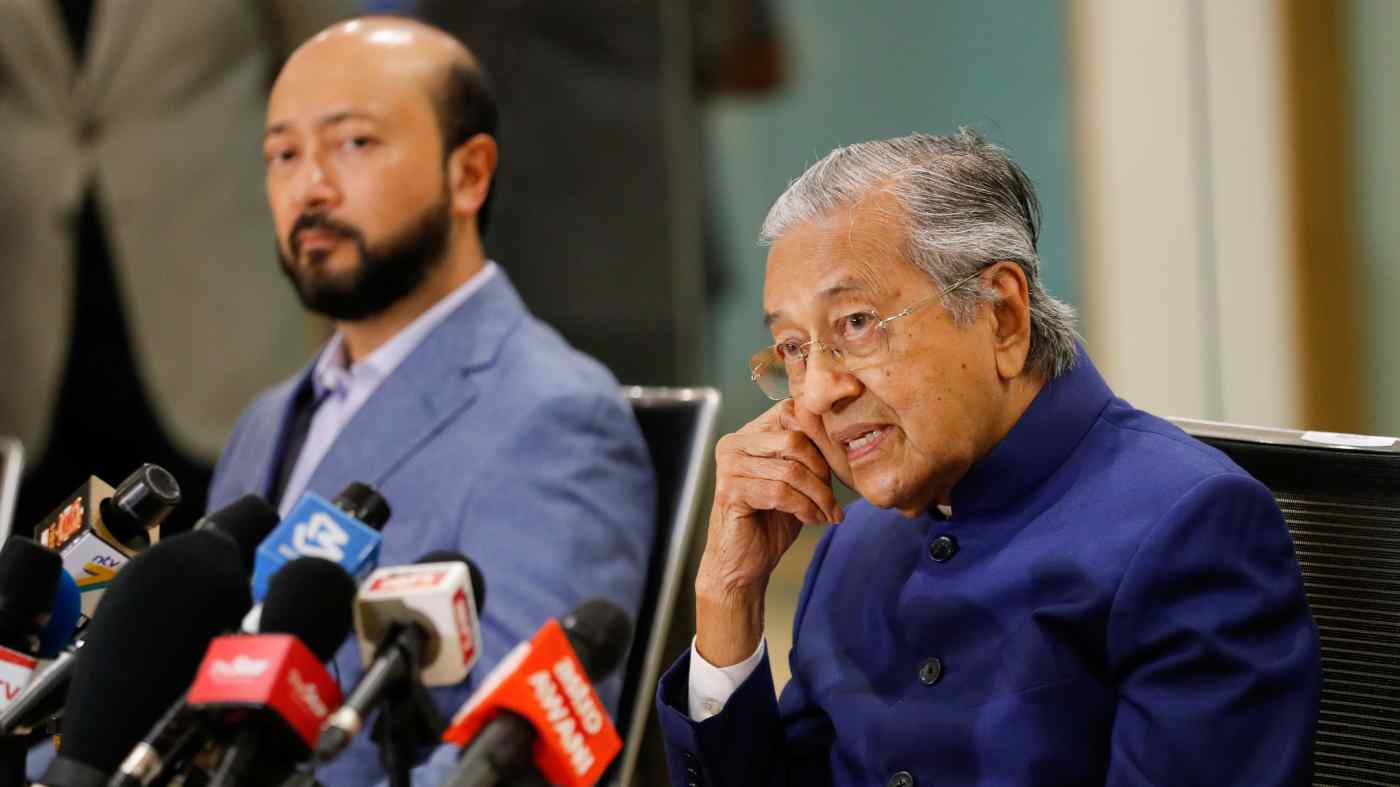 KUALA LUMPUR -- Malaysia's two-time former Prime Minister Mahathir Mohamad may yet mount another challenge in the country's impending federal election, despite his family's concerns about him running in his mid-90s.

Youngest son and fellow politician Mukhriz Mahathir told Nikkei Asia in an interview that the family worries about the veteran leader's health as decision time approaches. "We have to bear in mind that he [Mahathir] is now 95 years old, turning 96 in July," said Mukhriz, who now heads the Homeland Fighters' Party founded by Mahathir in August 2020.

Mahathir has wavered over the election in public. He told Japan's Kyodo News last September that he did not intend to run again. But he soon appeared to walk back that statement, telling other media that his supporters were urging him not to rule out the possibility. He told Nikkei Asia last November: "If the party says I need to be a part of the leadership, I don't think I can just dismiss them, that's why I'm still active."

Mukhriz said the family would ultimately support any decision out of deep respect. Ally-turned-enemy and embattled Prime Minister Muhyiddin Yassin -- whose internal coup ended Mahathir's premiership prematurely about a year ago -- is expected to call the next election once the country brings COVID-19 under control.

Mukhriz revealed that the family even had concerns about Mahathir's decision to lead the Hope Pact coalition that won the May 2018 election, ending the 61-year rule of the National Front and ousting Prime Minister Najib Razak. The victory made Mahathir the world's oldest elected leader at 92.

Although the family did not object outright, Mukhriz said they tried to ensure precautions were taken on the campaign trail to limit the strain.

"We had our concerns but later it was proven that his choice to lead the opposition was right," Mukhriz recalled. "I never expected us to win the election." He credited Mahathir's ability to charm Malays for enabling the Hope Pact to capture some of the ruling coalition's strongholds.

Mukhriz argued that despite his father's age, the same wide appeal still makes him a viable candidate who can attract votes in just about any parliamentary constituency. After his first decades as prime minister, from 1981 to 2003, many Malaysians still see Mahathir as a nation builder worthy of respect and support.

For Mahathir, going into battle against Muhyiddin could be hard to resist.

The two men had teamed up in 2016 to establish the Malaysian United Indigenous Party, or Bersatu, to take on Najib and the seemingly invincible National Front that Mahathir once led. Yet, only 22 months after their electoral success shocked the world, Muhyiddin joined forces with the opposition and forced Mahathir to resign. Malaysia's king then appointed Muhyiddin prime minister.

Since then, Mahathir has firmly opposed Muhyiddin at every turn, even refusing to back his budget when the king called on all parties to support it for the nation's sake.

But while Mahathir may be tempted to try to topple the man who betrayed him, even Mukhriz acknowledged that the time for younger leaders to step up is approaching.

Mahathir's "principles are translated into our party and it is timely for younger and young leaders to learn and exercise them," Mukhriz said, adding that Malaysians have seen their leadership "revolving around the same names for the last 30 years."