KUALA LUMPUR -- Malaysia's finance minister has sent a strong signal that Malaysia Airlines will benefit from state financial support to ensure its survival, as talks continue over a possible debt restructuring to salvage the national flag carrier.

Tengku Zafrul Abdul Aziz told Nikkei Asia that MAS' sole shareholder Khazanah Nasional -- a state wealth fund wholly-owned by the government -- has been told to put the airline in a "position of strength" to support the domestic economy after the COVID-19 pandemic.

"The Ministry of Finance has spoken to Khazanah and asked them to ensure that MAS continues to be in the position of strength to support the economy when it recovers," said Tengku Zafrul, an ex-banker who was appointed in March.

Malaysia Airlines has been suffering a brand crisis since twin air disasters in 2014 and has been pushed further into financial crisis by the coronavirus pandemic, which has severely restricted flights and demand for travel.

Last month, the airline announced negotiations over restructuring 16 billion ringgit ($3.9 billion) of debt. A failed negotiation could result in the winding up of the 73-year-old airline, chief executive Captain Izham Ismail said in the announcement.

Reuters reported last week that Malaysia Airlines' holding company Malaysia Aviation Group has requested financial assistance from Khazanah and that the debt restructuring talks are expected to conclude early next month. The airline has requested over $500 million, financial weekly The Edge reported. 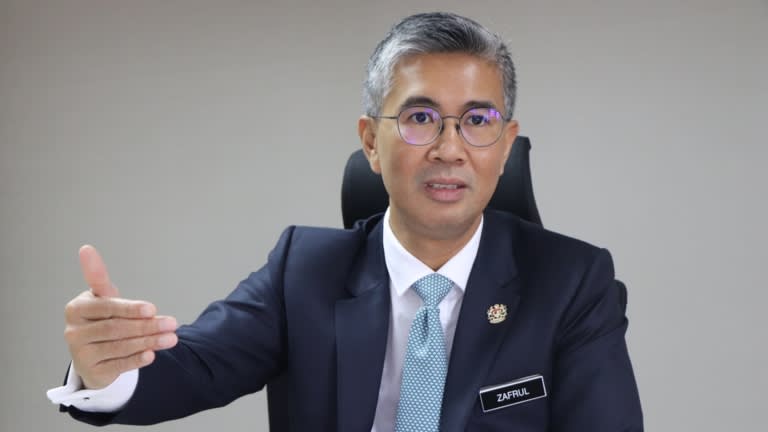 Tengku Zafrul, who also sits as a director on Khazanah's board, confirmed that debt restructuring negotiations are still ongoing and that Khazanah is engaging all parties to ensure an amicable solution.

"Khazanah is doing what they have to do as a shareholder to ensure MAS survives the crisis," he said. "Khazanah, being the big government-linked investment company, has the resources to ensure that MAS (can) survive and hopefully use this crisis as an opportunity to rebuild the airline industry, and of course MAS," the minister added.

Tengku Zafrul called on critics to remain positive on MAS, saying it was a symbol of national identity that all Malaysians can take pride in. Opponents of putting more state resources into MAS say the money can be better spent elsewhere.

"We have to look at it positively and objectively. To me, I'm sure they (MAS) have learned from the past," he said while reiterating that MAS and the aviation industry are a key component of the economy, especially for tourism.

"We have to make sure it works. MAS is a national brand... but what is important is making sure that it plays the role as a national airline," he said.

The airline's global image has been dented since 2014, when flight MH370 mysteriously disappeared and flight MH17 was shot down in Ukraine. The airline previously received global accolades for its inflight service.

Khazanah, which is chaired by prime minister Muhyiddin Yassin, was established in 1994 with a primary objective of increasing sovereign wealth. Last year it registered income from dividends of 13.6 billion ringgit, resulting in a net profit of 8.97 billion ringgit. As of Dec. 31 2019, Khazanah's stakes in its subsidiaries and associate companies were worth almost 70 billion ringgit.