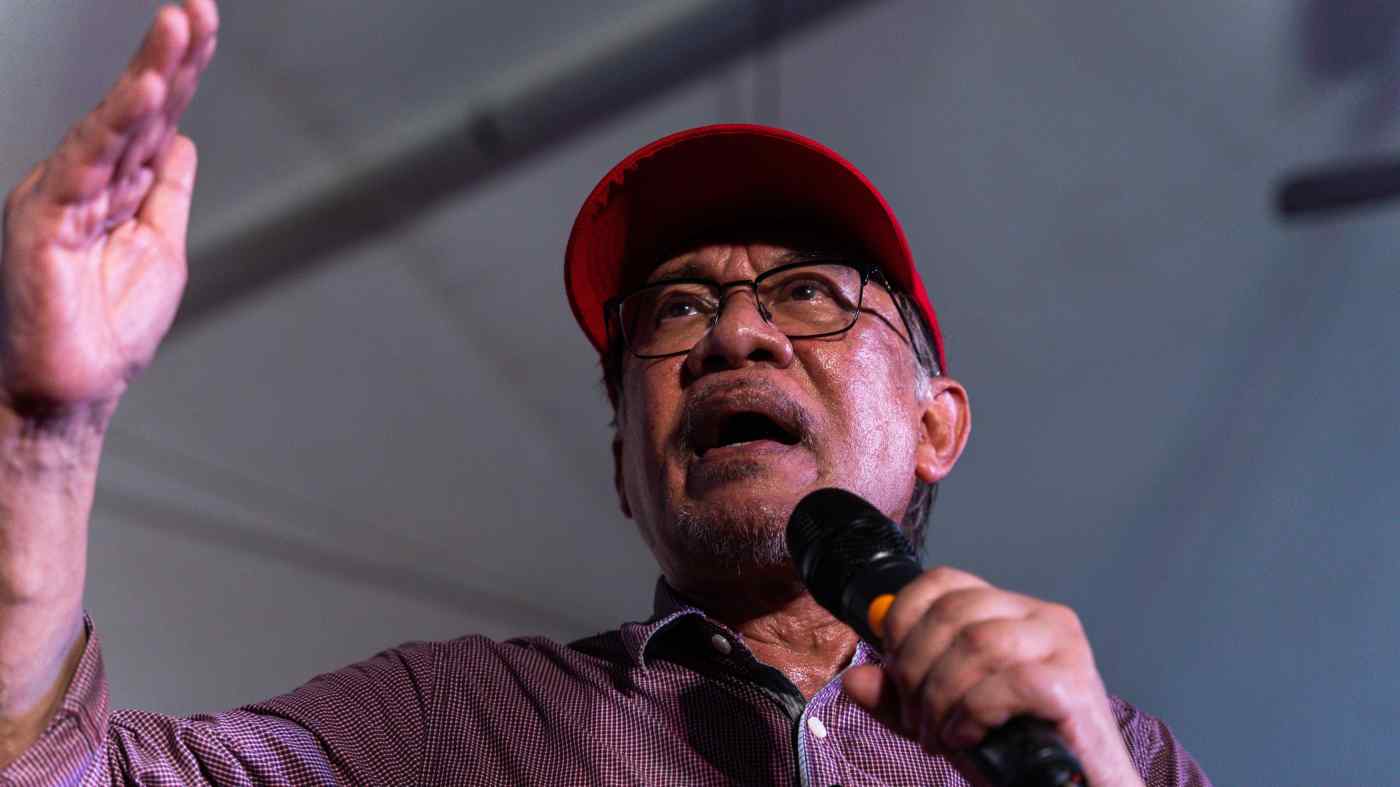 Anwar Ibrahim delivers a speech on bringing Malaysians together during a campaign rally ahead of general elections in Selangor, Malaysia, on Nov. 16. (Photo by NurPhoto via Getty Images)
CK TAN, Nikkei staff writerNovember 18, 2022 19:02 JST | Malaysia
CopyCopied

KUALA LUMPUR -- With a little more than a day remaining before Malaysians head to the polls, opposition leader Anwar Ibrahim says, albeit with measured confidence, that his coalition is close to regaining power.

Speaking with Nikkei Asia late Thursday, Anwar shared his vision that a government can hold the country's complicated multiethnic society together by embracing that diversity while also building international stature as an "influential middle power," one that threads a foreign policy through the geopolitical rivalry between the U.S. and China.