A man swims in a pool inside a condominium in Singapore. The proposed change to the 1962 water agreement has been a point of contention between Malaysia and Singapore.   © Reuters
P PREM KUMAR, Nikkei staff writerSeptember 20, 2019 10:01 JST | Malaysia
CopyCopied

PUTRAJAYA -- Malaysia will submit a revised price for raw water sales to Singapore, as Prime Minister Mahathir Mohamad's government pushes ahead with its effort to change the terms of a half-century-long agreement between the neighbors.

The proposed change to the 1962 Johore River Water Agreement has been a point of contention between Malaysia and Singapore, due to differing interpretations of the price-revision period in the pact. Singaporean Prime Minister Lee Hsien Loong and Mahathir have agreed to submit the dispute to arbitration if discussions reach an impasse.

A revised raw water selling price is being finalized by the relevant authorities, and is expected to be proposed to Singapore soon, Malaysia's Foreign Minister Saifuddin Abdullah told the Nikkei Asian Review in an interview.

"We know it is going to be tough," he said, adding that discussions between the two sides on alternatives to a price revision have not progressed.

Under the 99-year agreement signed in September 1962, Singapore has the right to buy 250 million gallons of raw water a day from the Johor River at 3 Malaysian cents (0.7 cent) per 1,000 gallons. In return, the southern Malaysian state of Johor is entitled to purchase up to 5 million gallons of treated water daily, or 2% of the water supplied to Singapore, at 50 cents per 1,000 gallons. 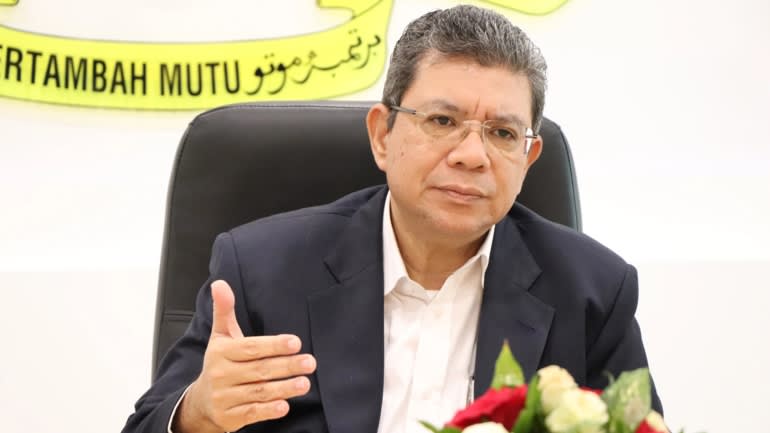 Soon after taking office in May last year, Mahathir described the raw water price as "manifestly ridiculous," given Singapore's level of economic development, and demanded the agreement's immediate revision. Singapore rebutted Mahathir's claims, saying Malaysia had given up its right to review the price in 1987.

Saifuddin said Malaysia is working on several water projects in Johor that the government hopes will make the state completely self-sufficient in terms of treated water.

"We are also developing some projects to ensure Johor will not be dependent on supply from Singapore, when it comes to treated water, in the next few years," he said.

While talks on the Code of Conduct are expected to wrap up in 2021, Saifuddin said he foresees resistance from some countries regarding the legality and enforcement of the code. A legally binding code "would be the toughest part," he said. "I can foresee there may be some difficulties in trying to iron out the actual details of it. But nevertheless, I am very hopeful that we will be able to reach an agreement."

Several countries have overlapping maritime claims in the South China Sea, and the waterway is a strategic asset in shipping and fishing. China claims nearly all the area under the so-called nine-dash line, but its claim has not been recognized internationally. Other countries claiming a share of the South China Sea include the Philippines, Vietnam, Malaysia and Singapore.

In 2016, China conducted military exercises on Fiery Cross Reef, which it turned into an artificial island. Takeoff and landing drills on the island created unease among the other claimants and increased tension in the region. Fiery Cross Reef is close to Malaysia's maritime border.