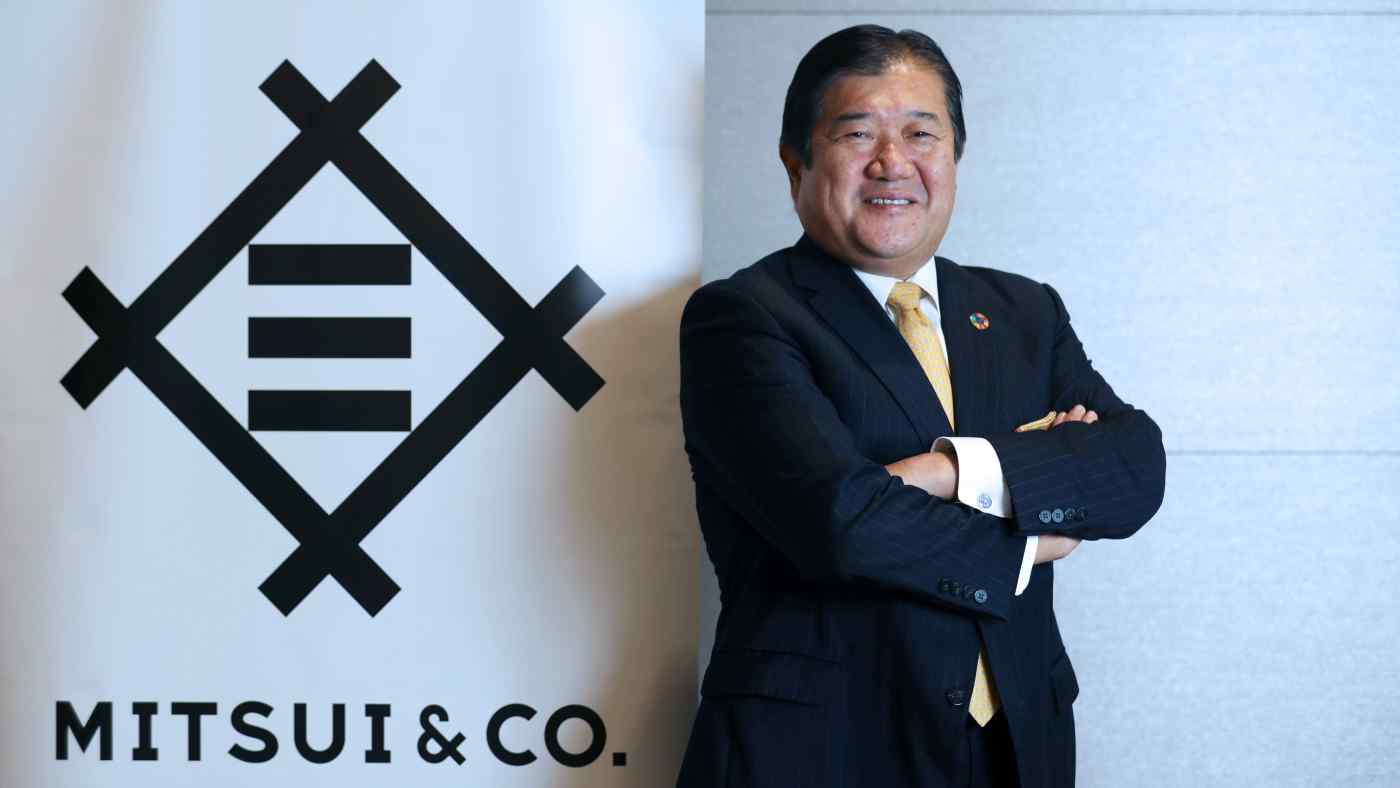 In an interview with Nikkei Asia in Tokyo, Mitsui President and CEO Tatsuo Yasunaga stressed his will to work with Berkshire Hathaway to expand into new businesses. (Photo by Ken Kobayashi)
KOJI NOZAWA, Asia business news editor of Nikkei AsiaOctober 13, 2020 18:00 JST | Japan
CopyCopied

TOKYO -- Mitsui & Co.'s CEO has laid out his plans to work with Warren Buffett following the U.S. investor's notable bet on Japan's trading houses, saying his company has a big opportunity to strengthen its health care business and reduce its dependency on resources.

Tatsuo Yasunaga told Nikkei Asia that Mitsui had quickly entered talks with Buffett's Berkshire Hathaway investment vehicle and that the investment would bring "mutual benefits" but warned there is no room for his company to be complacent about its performance.

"We shouldn't be just pleased with their investment," Yasunaga said in the interview. "Berkshire would sell our shares if our financial performance did not reach the point they expect."

Buffett, who is one of the world's best-known investors and has a devoted following, announced in August that Berkshire had acquired slightly more than 5% of Mitsui and four other Japanese trading houses -- Itochu, Mitsubishi Corp., Sumitomo Corp. and Marubeni -- over approximately 12 months. Berkshire emphasized that it may boost its stake in each company up to 9.9%.

The investment sparked a flurry of interest in the potential for more value within Japan's trading houses, known as sogo shosha. While their origins lie in trading goods such as commodities and textiles, their profits now derive from a vast range of investments. 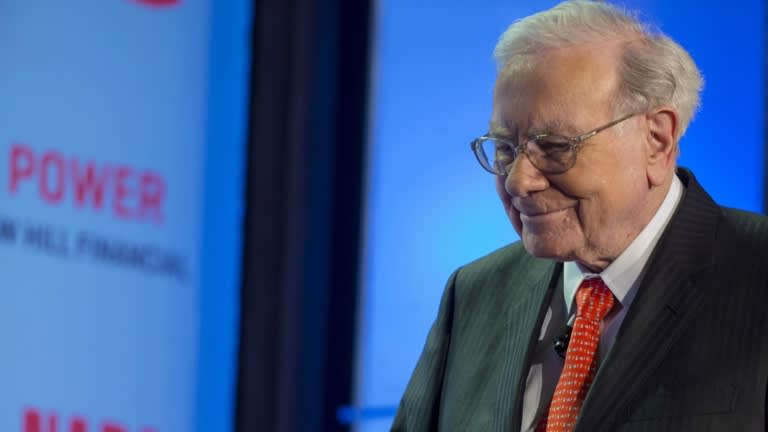 Buffett also made clear that he saw opportunities for the trading houses to make partnerships with Berkshire's other businesses.

Yasunaga stressed that Mitsui started discussions with Berkshire by letter in early September, right after its announcement.

"We have been in discussions to identify where we can collaborate on new business and where there are mutual benefits in using our global network," Yasunaga said.

He emphasized that the health care sector could be a candidate for collaboration.

Mitsui has an artificial dialysis business for patients with kidney disease as part of a joint venture with U.S.-based Davita in Singapore, Malaysia and China. Berkshire is the largest shareholder in Davita.

Yasunaga revealed that Mitsui plans to expand the business to the Japanese market. "We could contribute to Berkshire through the good performance of our Asian operations," he said.

The Berkshire investment comes as Mitsui is trying to shift its profit structure significantly away from resources, placing more weight on businesses including consumer sectors such as health care as well as chemicals, machinery and infrastructure. 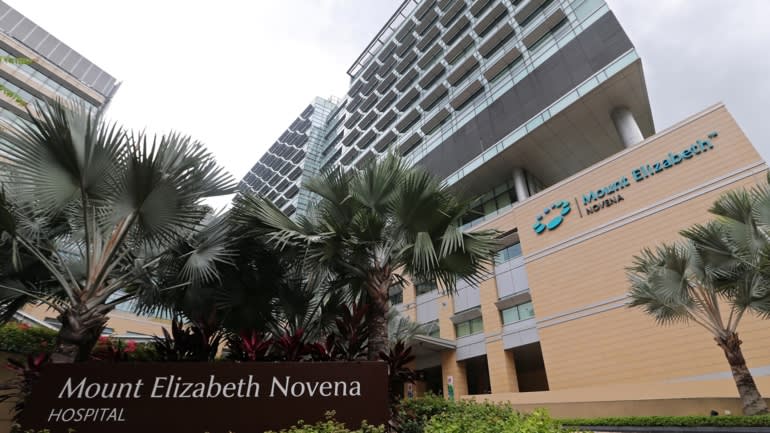 IHH -- which operates 15,000 beds in 77 hospitals across 10 countries -- has been expanding into developing economies such as India and China. Mitsui & Co. is its largest shareholder.   © AP

Mitsui's profit has been dependent on metal and energy businesses, including thermal coal for power plants, which has been criticized as a major source of carbon emissions. Acknowledging that a transition to a low-carbon society is inevitable, Mitsui has shrunk its thermal coal business.

Apart from its dialysis business, Mitsui is also emphasizing the importance of its 32.9% stake in Malaysia-based IHH Healthcare, Asia's leading hospital chain by market capitalization. Mitsui is the largest shareholder in IHH, which has 77 hospitals in 10 countries, including Malaysia, Singapore, India and China.

"We have opportunities to find solutions for procuring medicines and other medical equipment at reasonable costs, expand its hospital network and improve the care menu for patients," Yasunaga reiterated.

Yasunaga said IHH could use its data from nearly 6 million annual outpatients, including online patients, and 600,000 inpatients to cut costs and expand its business.

"We can create value -- not only in hospitals. I would like to make new businesses with insurance and pharmaceutical companies by using our data," the CEO added. 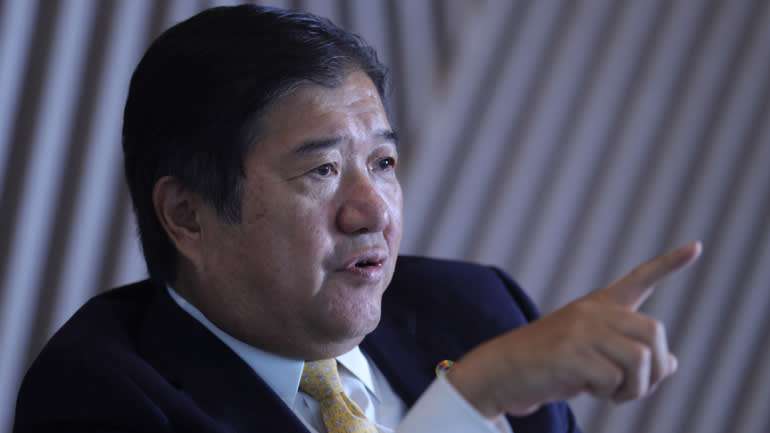 Mitsui President and CEO Tatsuo Yasunaga says that healthcare is one of the key sectors amongst consumer-related businesses especially in Asia. (Photo by Ken Kobayashi)

Yasunaga's plan for Mitsui is logical, but it will be tough to achieve the medium-term profit goal in its time frame, said Masayuki Nagano, senior analyst at Daiwa Securities Group.

"Overall, Mitsui's direction to place more attention on its nonresource businesses, including IHH, to target mainly middle-income people in Asia is acceptable and fits the current global situations," Nagano said.

However, "Mitsui has made profits mainly from big projects such as machinery, infrastructure, chemicals, metal and energy. Each business that Mitsui is now expanding, including health care, is closer to consumers and mostly rather small in size, and it takes time to ratchet up profits from those businesses."

Yasunaga said Mitsui is keeping an eye on opportunities to increase its medical business in Japan. While the country's aging society provides scope for growth, regulation is an obstacle. At present Japan does not allow hospitals to be managed for profit.

He urged the new government of Prime Minister Yoshihide Suga to liberalize the sector. "The medical sector in Japan is huge, and I would like to import our experiences in Asia to Japan, but there are many challenges," Yasunaga said.

"Japan needs deregulation in order to attract different types of players. The largest task of the Suga administration should be deregulation."