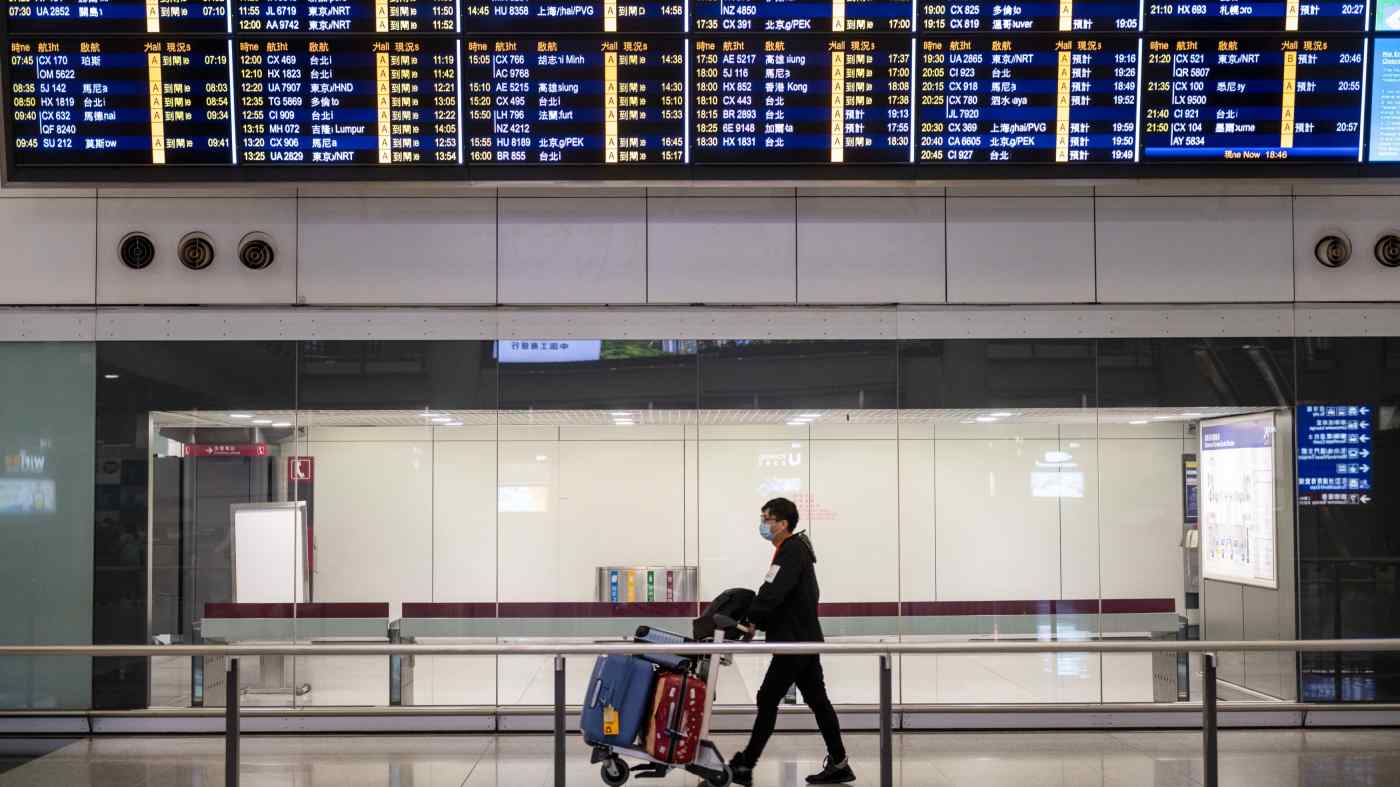 "If the situation continues to be difficult, we will look at whether we can use our aircraft to fly more cargo operations to carry vaccines," Chief Executive Algernon Yau Ying-wah told Nikkei Asia in an interview this week. "We can use the aircraft for other purposes."

Greater Bay is set to take delivery of the first of three leased, secondhand Boeing 737-800 jets in mid-February, though the plane will then undergo several months' refurbishment in Guangzhou before coming to Hong Kong.

The new venture is the brainchild of Shenzhen-based property tycoon Bill Wong Cho-bau, whose Donghai Airlines is based in the mainland city abutting Hong Kong. Wong, known in the mainland as Huang Chubiao, originally launched Donghai with cargo flights in 2006 before adding passenger services eight years later.

Cargo has been a relative bright spot amid the Hong Kong aviation sector's dire straits. Hong Kong International Airport, previously the busiest in Asia for passenger traffic, saw its traveler count plunge 87.7% to 8.84 million last year, with many put off by pandemic worries and the city's tight quarantine controls on arriving fliers.

Cargo flights, however, grew 18.3% for the year, though overall freight volumes slipped 7%.

Cathay Pacific Airways, Hong Kong's dominant airline group, has been buffeted by the traffic swings. It warned investors earlier in the week that pending regulations to require locally based returning aircrew to undergo 14 days' quarantine and seven days' medical surveillance would force it to cut back cargo operations by a quarter and pare down its current bare-bone passenger schedule by 60%. That would increase monthly negative cash flows by between 300 million Hong Kong dollars ($38.7 million) and HK$400 million.

Cathay shares sank 9.7% to HK$5.95 on Thursday following its announcement that it would issue HK$6.74 billion in convertible bonds to replenish its fast-depleting cash reserves.

Cathay has proved a formidable competitor, both with regulators and in the marketplace, to a series of companies that have sought to challenge its preeminence in Hong Kong.

In late 2019, it absorbed Hong Kong Express Airways, which had struggled to carve out its own place as a low-cost challenger. Four years earlier, Qantas Airways retreated from plans to set up a local unit of its Jetstar brand after Cathay convinced regulators ultimate control over the venture's operations would rest in Australia, rather than Hong Kong as legally required. Yau, though, expressed confidence that Greater Bay will win regulatory backing for its plans despite its heavy connections with mainland China.

He said that the airline is making "good progress" with its regulatory applications and that "the job is almost completed" to get an air operator's certificate. Last week, a government notice showed Greater Bay had applied for rights to serve up to 104 routes from Hong Kong, mostly into mainland China but also destinations in Japan, South Korea, Southeast Asia and U.S. Pacific islands.

"If we have all the licenses and approval given by the authority, we plan to start operations by the end of August," Yau said.

The carrier is to receive its additional aircraft in August and October. "When we have about 30 aircraft by year five or six [of operations], then we will hire more than a few thousand people from the market," Yau said.

In the meantime, Yau said the company has received more than 2,000 applications for around 500 initial positions. More than 90% of the applicants listed job experience with Cathay, which cut 5,300 workers in the city late last year.

Yau himself served as chief executive of the group's Cathay Dragon unit until it was shut as part of the company's restructuring in October. Greater Bay will start interviewing cabin crew in March and begin training pilots in May.

While declining to give details of the new company's business plans other than to say that it "will not be a budget airline" but be "different," Yau expressed confidence that vaccination efforts will bring COVID-19 under control and clear the way for a travel revival.

"There will be new demand for traveling," he said. "The timing now may not be right for the aviation industry, but may be exactly right for our inauguration when the business is coming back."