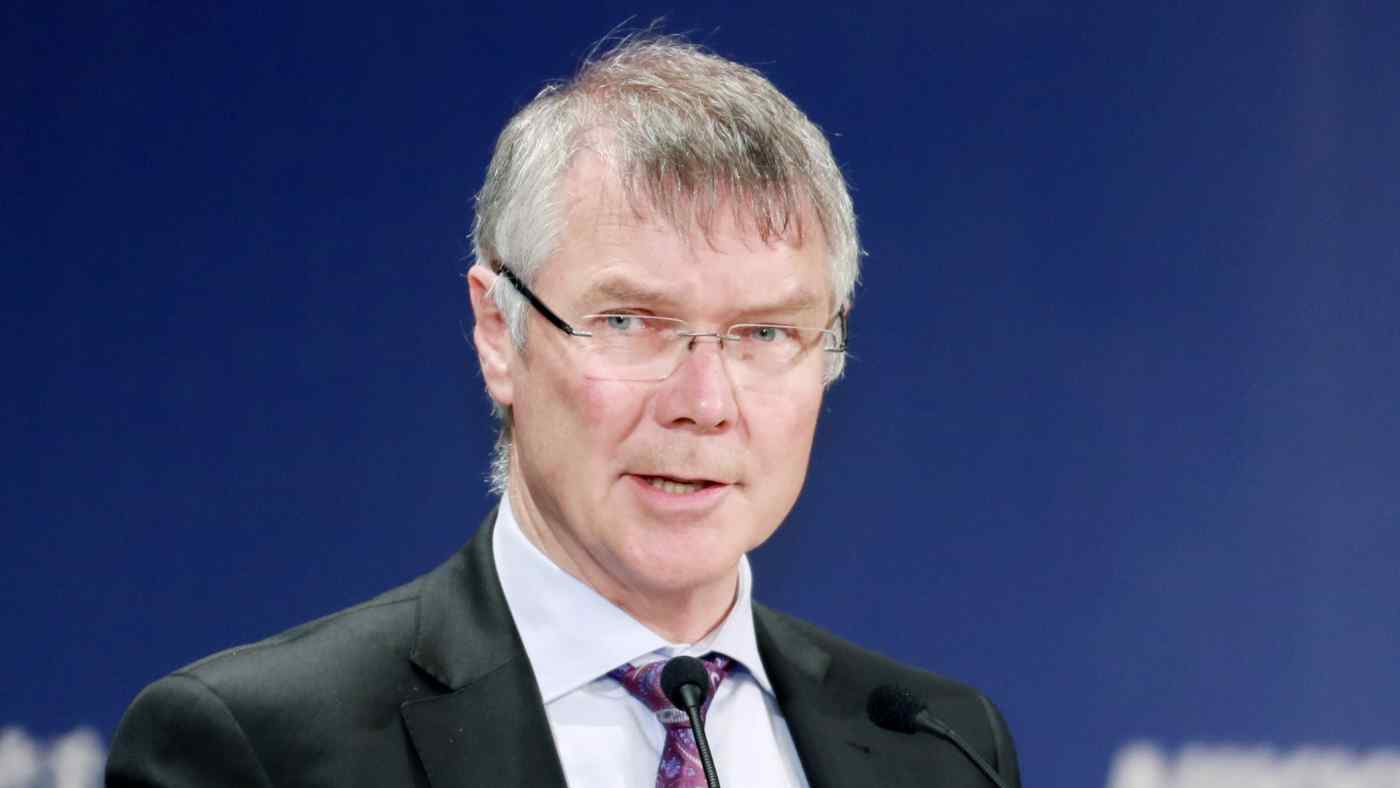 "We have a strong trading relationship with China, which we value," Parker told Nikkei in an interview here. "It's always possible for nontrade issues to affect trade, but we try to maintain those multiple layers of our relationship."

New Zealand signed a free-trade agreement with China in 2008, becoming the first member of the Organization for Economic Cooperation and Development to do so. China is now New Zealand's largest trading partner.

Parker expressed concerns about a world that "seems to be more unsettled" as tensions between Beijing and Washington grow, most recently over Huawei.

New Zealand's Huawei ban follows a similar move by Australia in August, and the U.S. plans to stop doing business with companies that use equipment made by Huawei and other Chinese tech groups, beginning in August 2020.

On top of the wave of bans, Huawei Chief Financial Officer Meng Wanzhou was arrested recently in Canada at the request of the U.S. She has since been released on bail. On Monday, Chinese authorities detained former Canadian diplomat Michael Kovrig. "It's a very unsettled time in the world," said Parker.

Parker declined to elaborate on the Huawei ban, saying he is not in a position to discuss security issues. But he did weigh in on the twin incidents of Meng and Kovrig.

Countries including the U.K. and Thailand have shown interest in joining the TPP-11. A commission made up of member states will convene in January to discuss possible expansion.

"We are interested in working with our [TPP-11] partners to have those discussions early in the new year about when and who we should seek to work with," said Parker. "It's a very, very high-quality agreement," he added, citing the high standards it imposes on members.

Japan, Australia, New Zealand and four other countries have finished ratifying the TPP-11, clearing the way for the deal to take effect on Dec. 30.

"Japan and New Zealand have both wanted to bring it into force as soon as possible, and obviously other countries agreed because we all acted with haste, to be honest," said Parker.

One driving force behind the accelerated timetable is the trade brinkmanship between the U.S. and China.

"We all tried to get it through as soon as possible, in part because we were feeling nervous about some of the negative things that are happening in respect of the [World Trade Organization] and some of the rising trade tensions and protectionist measures that are proliferating around the world," Parker said.

Negotiators for the Regional Comprehensive Economic Partnership, a proposed free trade agreement that would span 16 Asia-Pacific countries, have decided to extend talks beyond the planned 2018 deadline for a broad agreement. "We are hopeful it will be concluded next year, but time will tell," said Parker.