OSAKA -- According to Ezra Vogel, a prominent American scholar with East Asia expertise and deep ties with Hong Kong, what is happening in the territory is utterly depressing. He finds the standoff between the Beijing government and pro-democracy campaigners to be irreversible, telling the Nikkei Asian Review that "I don't see a happy ending" to the ongoing conflict.

In an interview with the Nikkei Asian Review, the 89-year-old professor emeritus at Harvard University says, "It's hard to imagine now, at this point, that we could have a really good solution... I see a terrible social situation underlying the political struggle." As a sociologist, he believes Hong Kong is facing a sociological problem.

To him, the root of the conflict lies in the uninterrupted influx of "so many smart and able" mainland Chinese to Hong Kong since the former British colony was handed back to Beijing in 1997. Drawing from a much larger population pool, Vogel believes that new mainland immigrants generally have a competitive edge over local Hong Kongers for limited positions in schools and the workplace.

Many in Hong Kong, especially the young, don't see a future, Vogel says, stressing that strong social support is needed in this kind of situation. But this has not been forthcoming from the local government, which is selected by group of mainly pro-Beijing politicians and business elites under a controlled electoral system.

"They could have done more in the last few years to ease the housing situation," says Vogel. "I think there are people on the mainland who realize the social problem, but they haven't done anything about it until now... They could have avoided this."

The Harvard scholar, who began his China studies in Hong Kong in the 1960s, now also feels hopeless about the territory's prospects. "I am afraid they will continue to clash."

"My hunch is that we will see more arrests, more clashes, and Hong Kong people desperate, [feeling that] they have no way except to demonstrate," he says. Whether Hong Kong people will be able to live as prosperously as they did before, is unclear. "It's hard to see," he adds. "It's so sad." 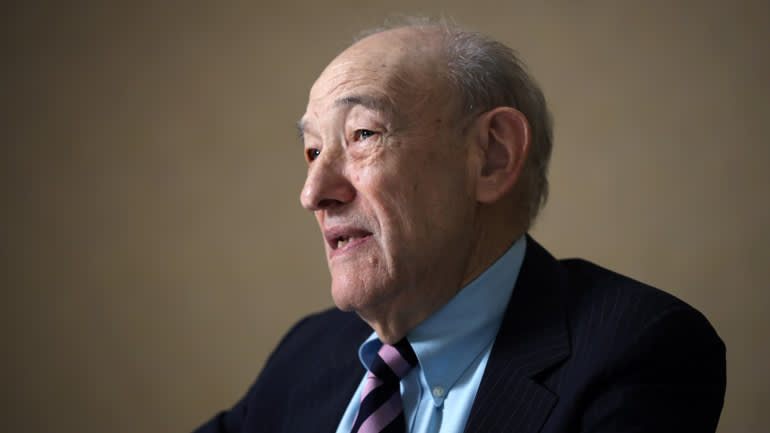 Ezra Vogel expressed despair on future outlook of Hong Kong situation in a recent interview with the Nikkei Asian Review in Osaka. (Photo by Maho Obata)

While Vogel notes that Beijing seems to feel the need to use physical force to bring back order, he is hopeful that China "will try very hard to avoid it." However, he adds that, "given the attitude and structure of Beijing, I am afraid what they will do is to tighten and squeeze" in various other ways.

He expects a similar Chinese attitude to be maintained regarding Taiwan. Despite years of exerting diplomatic pressures on the island, Vogel believes Beijing's attempts to garner positive support in the territory are hopeless.

Beijing has "lost the hearts and minds of the people in [both] Hong Kong and Taiwan," he says. The decay of the "one country, two systems" policy for managing Hong Kong -- which Chinese President Xi Jinping reiterated in January was his intention to impose on Taiwan -- is only alienating more people.

Uniting Taiwan with the mainland is high on Xi's agenda, but Vogel says it was hard to imagine any scenario other than war. In this instance again, the American scholar is counting on Beijing's rationality in weighing up "the cost of invading Taiwan, in terms of international opinion and Chinese influence around the world."

In contrast, Vogel is more hopeful regarding China's relationship with the U.S. The likelihood of a decoupling of the world's two largest economies is simply "impossible" in his eyes. As well as the complexity of the world and the close-knit nature of their bilateral relations, he emphasizes the cushioning role that businesses could play in smoothing the way forward.

"Businessmen are much more creative and governments cannot catch up with them," says Vogel. "If you have a better product that sells for a cheaper price, you cannot ignore that." Even though political tensions may force companies to choose a side, he believes businesses naturally find ways to circumvent that.

Even decades ago, Japanese companies evaded Chinese pressure to cut off ties with Taiwanese businesses in 1970s when Tokyo switched diplomatic recognition from Taipei to Beijing, as he described in his latest book "China and Japan: Facing History."

Multinationals, which by definition develop wider global interests than those of a single nation, are difficult to control by governments, Vogel says. Interestingly, he observes that this is not only the experience for Washington, but increasingly for Beijing as well. "I think China [is] going to have the same problem [as] some of their companies become multinationals."

"The Communist Party is at the top, but they cannot always track businesses, even if they try," he says. The zouchuqu policy, which for years has encouraged companies to go beyond their national borders, has nurtured Chinese multinationals. Vogel predicts that Beijing "will have trouble controlling those companies which have international interests."

However, there are limits. "The political party still has a lot of leverage," he says, such as using the vast size of the domestic market to "put a squeeze" on companies to submit. Ultimately, the party can -- and has -- pulled out company presidents and put them in jail, he notes.

"By being a communist, authoritarian state, they can use [powers] the American government couldn't with our own multinationals."

But he is wary of the direction of American policy on China. Vogel, along with other Harvard faculty members, including hardliner Graham Allison, is preparing a comprehensive China policy report for the next U.S. administration.

Vogel says the anti-Chinese mood in the U.S. is "so strong, and we can't get rid of that mood entirely." But the goal is to map out a policy for the two countries to compete as rivals, but in peaceful and productive way. "Rivals don't have to fight. It makes us better by being a rival, as we work harder and improve our skills."

"I am guilty for being too soft on Asia," Vogel admits at the end of the interview. But as a veteran scholar, he feels responsible to speak up and "to avoid the extreme reaction that we've had with China. It's not really in our national interest."