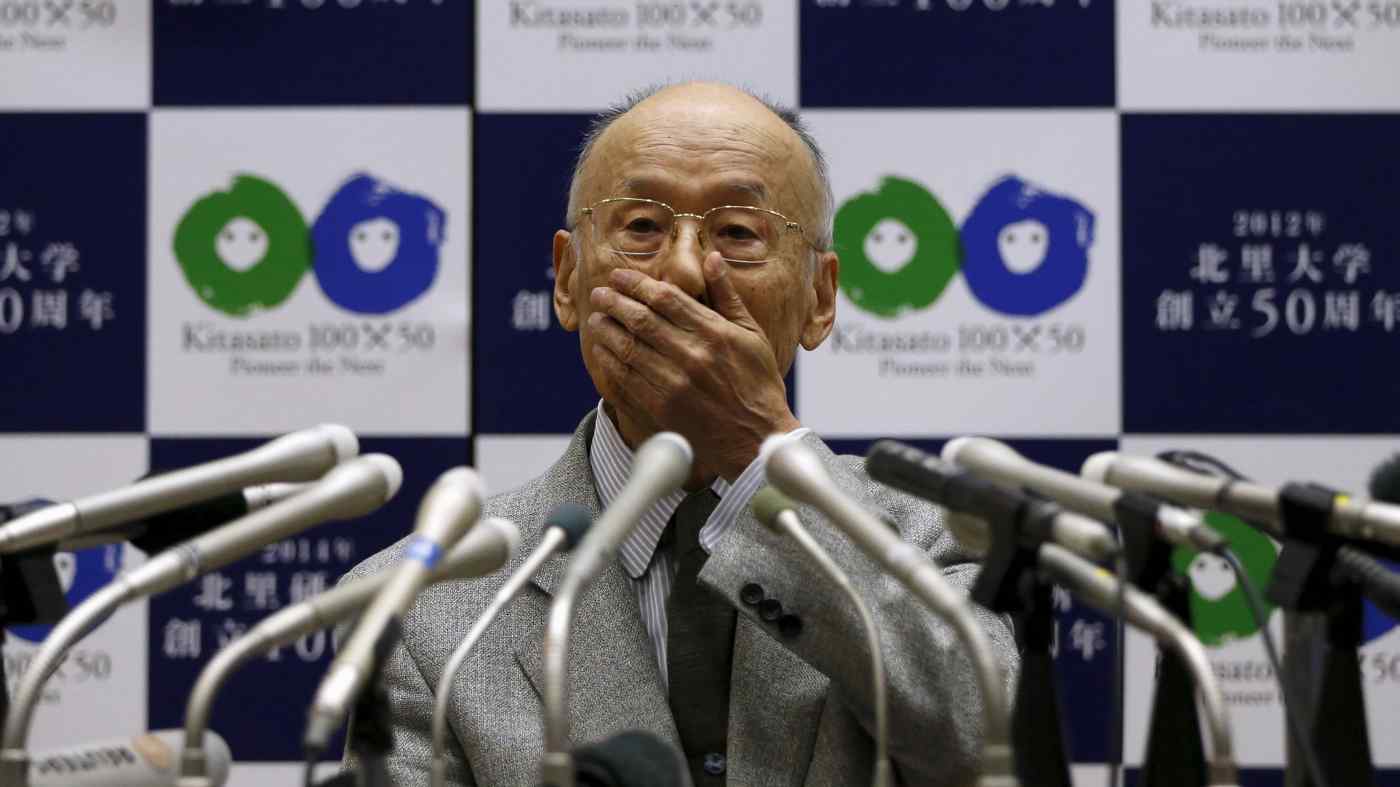 Satoshi Omura, who won the Nobel Prize for Medicine in 2015, says the coronavirus will not go away in the summer like the seasonal flu.   © Reuters
KIYOSHI ANDO, Nikkei staff writerApril 28, 2020 07:29 JST | Japan
CopyCopied

TOKYO -- Back in February, U.S. President Donald Trump expressed hope that the new coronavirus would "go away in April" as the temperature rose.

While the number of deaths in New York, the epicenter of the pandemic in the U.S., seems to have subsided from earlier this month, the total number of global cases surpassed 3 million on Monday, with little signs of slowing down.

In an interview with Nikkei, Nobel laureate Satoshi Omura said the new coronavirus looks less seasonal than influenza, and that heat will not be the magic sword that will bring an end to the pandemic.

Instead, Omura said that the high mortality rate among the poor may be related to the lack of access to health care.

Even as some governments begin easing stay-at-home restrictions, Omura warned that the coronavirus pandemic will likely pose a long-term challenge and certainly not be the last to test the human race.

The Japanese microbiologist won the Nobel Prize for medicine in 2015 for his work on a therapy for river blindness and elephantiasis -- diseases caused by parasitic worms. A U.S. research team including the University of Utah reported recently that the drug he helped develop, ivermectin, appears effective in treating COVID-19 patients. Omura is a professor emeritus at Kitasato University in Tokyo and Wesleyan University in the U.S.

Q: What are your thoughts on the coronavirus outbreak?

A: Unlike the flu, the new coronavirus is not believed to be a seasonal disease. Look at how it's growing in hot climates like Africa. I worry we could be facing a long fight.

The biggest mistake was not enacting measures to curb the spread of the virus as soon as the first cases were confirmed in China. Information on infectious disease should never be hidden. A quick disclosure is critical to planning a future response.

Based on what we've seen so far, I'm concerned by the high mortality rates in countries like the U.S. and Italy. But this might have less to do with the virus itself, and more to do with the fact that poor people in these countries are falling prey to the disease.

Q: Why do you think that is?

A: Poor individuals often have health issues, and they lack the knowledge on how to prevent infection. They also avoid going to the doctor when they feel sick since they can't afford it, so they tend to fare worse once they are infected. It's a very different situation from Japan, where everybody can receive a similar quality of care thanks to our national health insurance.

At the end of the day, people with a strong immune system will survive, while people with a weaker defense will not. We could be seeing something similar to past pandemics.

Q: What are your thoughts on the treatments being developed?

A: There are some options that could work even outside of the antivirals that are sweeping headlines. Ivermectin, which we helped develop and won the Nobel Prize for, has been found to limit infections and help with symptoms. We have created an interdisciplinary team with input from external researchers to screen hundreds of chemicals with a similar structure.

These chemicals are based on substances produced by microbes in the soil. We held on to everything, even those that initially seemed useless, which is helping us now.

Q: Do you think humanity can overcome this crisis?

Modern humans have grown dependent on convenient products and technology to avoid infectious diseases. For example, we used disinfectant to sanitize everything and thought that would be enough. The current outbreak unintentionally made it clear that that was not the case.

Q: What do you think we should do?

A: We need to focus on scientific research that will help nip diseases in the bud before we even need to treat them. Then, each and every person needs to go back to the basics on infectious diseases and plan ahead.

It's not that difficult. For example, we can all reset our daily routines, eat well and improve our health. We shouldn't go to work when we are feeling unwell. I hope we can become a society where such common sense practices are valued.