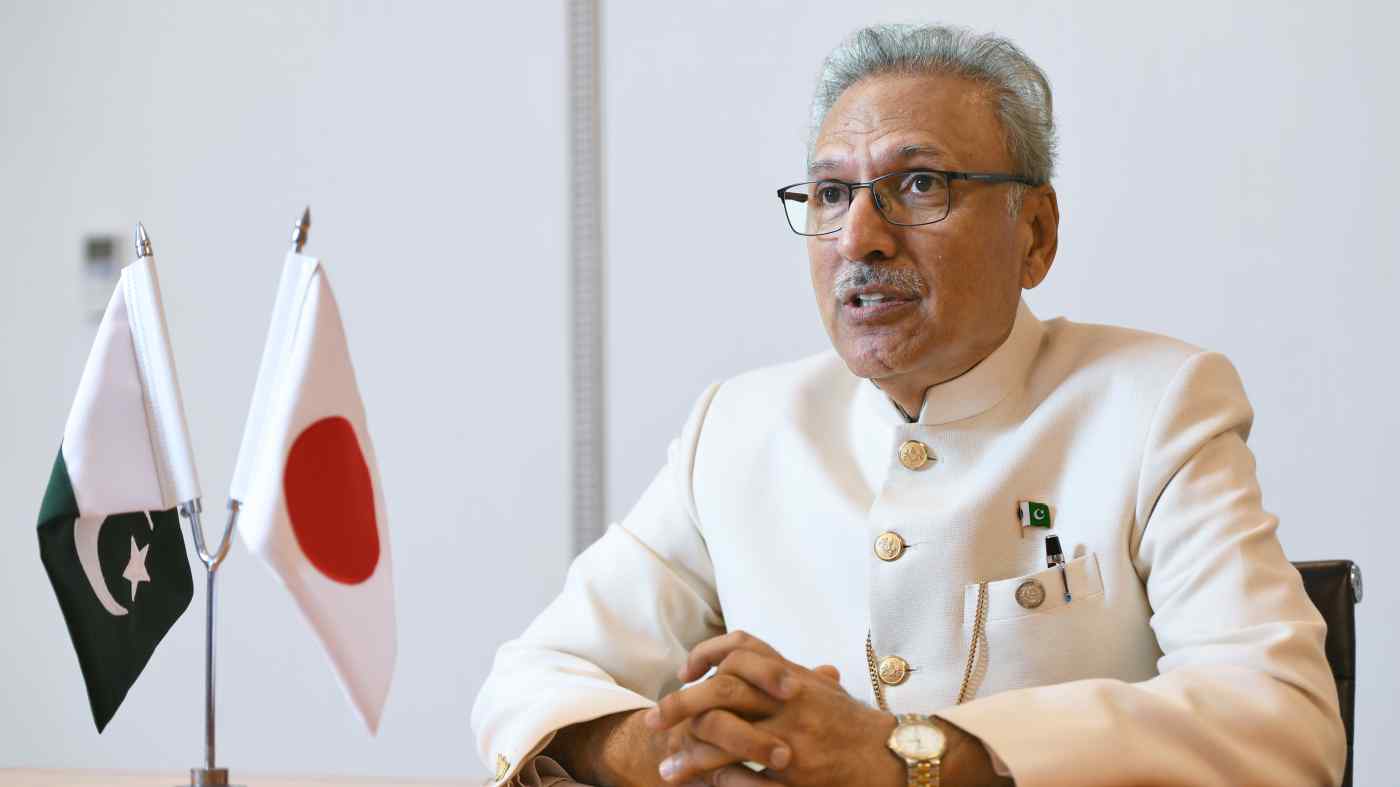 TOKYO -- Pakistan's president believes efforts to root out corruption have set the stage for an economic revival in his country, and he is optimistic that both China and Donald Trump's U.S. will play important roles in that brighter future.

President Arif-ur-Rehman Alvi, who spoke to the Nikkei Asian Review while visiting Tokyo for Emperor Naruhito's enthronement ceremony, also expressed hope that Beijing's Belt and Road Initiative will not only bring infrastructure but also help address social issues like poverty.