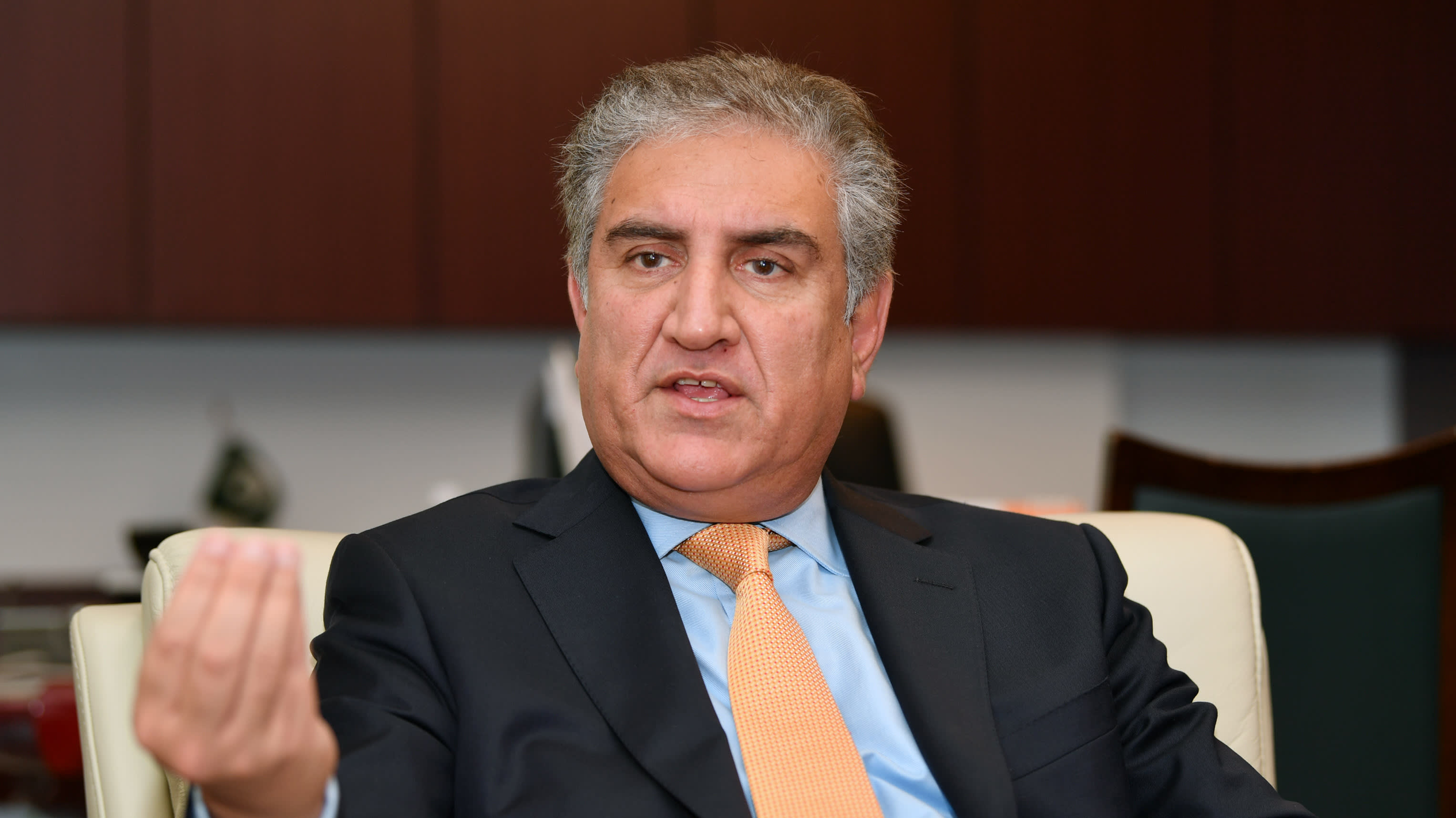 TOKYO -- Pakistan's efforts to rebuild politically and economically have reached a critical juncture. While the country rethinks its ties with China and the U.S., relations with neighboring India have deteriorated. Meanwhile, negotiations with the International Monetary Fund over a badly needed bailout package are in the final stages.

Against this backdrop, Pakistan Foreign Minister Shah Mahmood Qureshi spoke with the Nikkei Asian Review about problems facing his country and the region.

The terror attack in the Kashmir Valley that killed more than 40 Indian security personnel resulted in India slapping higher tariffs on imports from Pakistan while stripping the country of Most Favored Nation status. Meanwhile, India's retaliatory attacks on alleged Islamic militant strongholds in Pakistan have escalated into frequent military skirmishes along the border.

Despite heightened tensions with its neighbor, Qureshi indicated his willingness to talk to India, but only when New Delhi decides its next government after spring's general elections. "Pakistan would like to engage with India's new government," he said. "We want regional peace for economic development."

A sign that relations may be on the mend is the continuation of bilateral talks regarding the Kartarpur Corridor, a border passage which would allow Indian Sikhs access to holy sites in the region.

Bilateral trade between India and Pakistan totaled only $2.4 billion in the year ended March 2018 -- a meager amount considering the size of the two countries. As Qureshi pointed out, the problem is political, not economic. "If the political environment improves, trade will improve," he said.

Regarding the IMF bailout, Qureshi explained: "We have negotiated with the IMF successfully. The direction is the same. Both sides have agreed on the way forward."

According to the minister, some major sticking points -- including Pakistan's fiscal deficit and energy tariffs -- have already been resolved. He is confident that the $6 billion to $8.5 billion package will be approved by mid-May. "If the IMF gives a nod, the World Bank will ... issue the development package," he said.

According to former Finance Minister Asad Umar, Pakistan's foreign reserves increased to $10.5 billion as of the end of March from $6.6 billion in January, thanks to financing from Saudi Arabia, the United Arab Emirates and China. Fresh funds from the IMF and World Bank would further relieve the struggling economy.

Pakistan Prime Minister Imran Khan will visit Beijing in late April to attend the second Belt and Road Forum. Khan is slated to hold talks with President Xi Jinping and Premier Li Keqiang on the sidelines.

Qureshi hopes that the second phase of the China-Pakistan Free Trade Agreement "will be signed during [the prime minister's] official visit." Under the agreement, China will further open its market to Pakistan and reduce tariffs on additional items, especially agriculture products.

Regarding the China-Pakistan Economic Corridor, a $60 billion mega package of infrastructure projects and the showcase of China's Belt and Road Initiative, the foreign minister said: "CPEC is not just a Pakistan-China bilateral arrangement. It is a regional one that impacts the entire region, especially landlocked Central Asia."

The IMF is reportedly concerned about CPEC burdening Pakistan with unsustainable debt. But Qureshi dispelled this notion. "These are [mainly] concessional loans, grants and joint ventures," he explained. "The portion of Chinese loans is minimal. The propaganda that Chinese debt is causing unnecessary pressure is exaggerated."

On Pakistan-U.S. relations, the minister acknowledged that President Donald Trump has not been satisfied with Pakistan's contribution to the Afghanistan peace process. But despite the "ups and downs and hiccups, there has been a good understanding between the two countries," he noted. "The mindset of Mr. Trump toward Pakistan has already changed."

The minister also said that the peace process must include all stakeholders, including Afghanistan, Pakistan, the U.S. and the Taliban.

In February, Trump said that "the U.S. has developed a much better relationship with Pakistan" while a U.S. envoy noted that Pakistan is important to any peace talks given its link to the Taliban.

"We want to reset the relationship with the U.S., and the process has begun by helping U.S. [with the] peace process in Afghanistan," Qureshi said.

Amid crucial economic reforms, Former Finance Minister Asad Umar, a renowned businessman turned politician and close ally to the prime minister, suddenly resigned last week. But Qureshi denied any negative fallout from the resignation. "He is still a senior member of the party. There is a possibility that he comes and plays a roll in the government with a different portfolio in the near future."