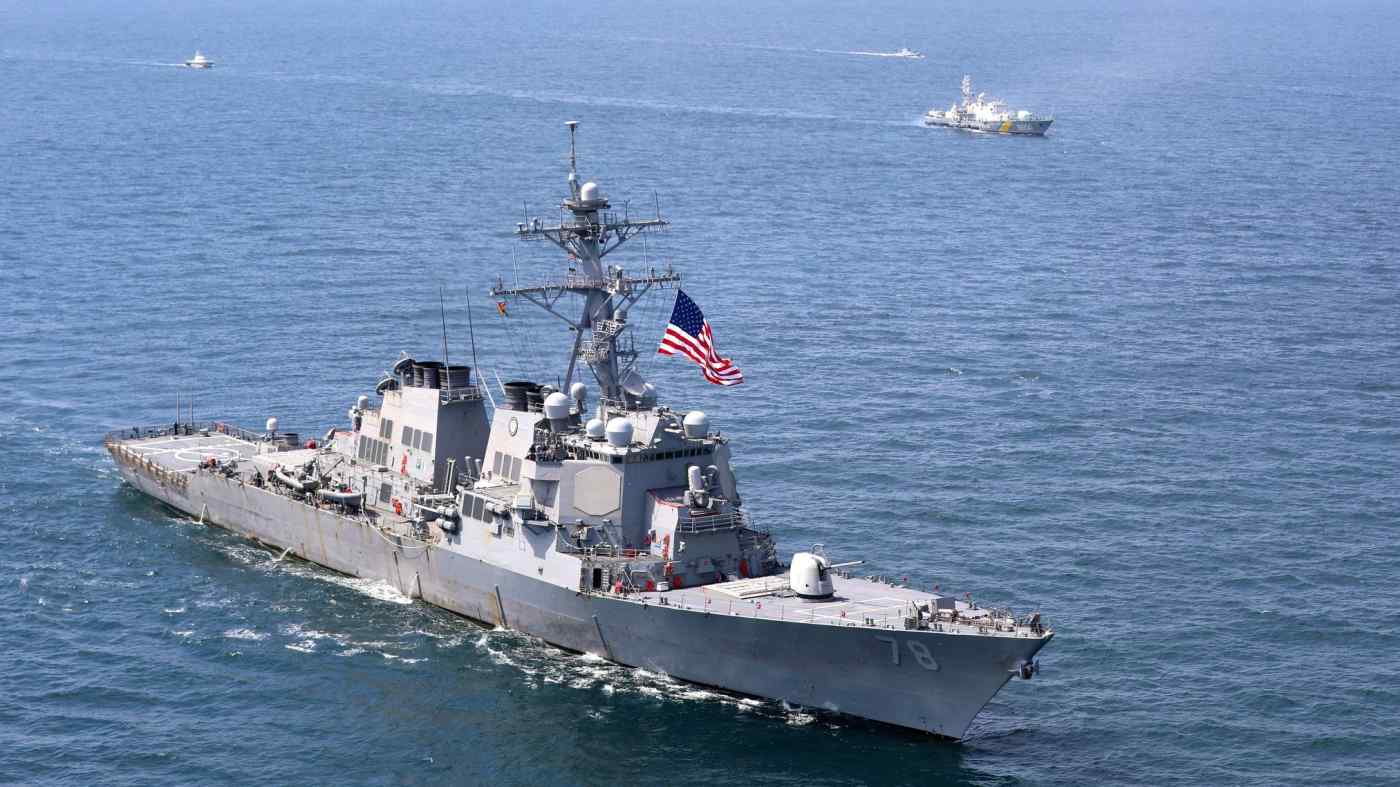 WASHINGTON -- The U.S. looks to bring together partners in Europe and the Indo-Pacific for more joint military exercises to tackle the threats posed by China and Russia, the U.S. Department of Defense's principal director for Europe and NATO policy told Nikkei.

Cyber, space and nonproliferation are areas where "NATO sees that we have common security challenges" with partners such as Japan, Australia and South Korea, Andrew Winternitz said in a recent interview.

In a June summit communique, NATO warned that "China's stated ambitions and assertive behavior present systemic challenges to the rules-based international order and to areas relevant to alliance security."

In particular, he underlined a shift in attitudes among European NATO members that had sought to stay friendly with Beijing because of the economic opportunities it offered. Andrew Winternitz, principal director for Europe and NATO policy at the Pentagon. (Photo courtesy of the U.S. Department of Defense)

"I think that the European countries are more and more seeing how China has some very coercive policies towards smaller countries and lesser-developed countries," Winternitz said. He noted concerns about the expansion of China's nuclear arsenal and its strategy of military-civil fusion.

With this in mind, "NATO wants to do more with our partners in the Indo-Pacific," Winternitz said. He highlighted a joint exercise with the U.S., Japan and France in Kyushu -- the southernmost of Japan's four main islands -- which included a scenario involving defending a remote island from enemy attack, seemingly with an eye toward China.

"It was something very new but it does show that there is the ability to do that type of cooperation," Winternitz said.

Japan and Australia are participating in Sea Breeze 2021, a large multinational exercise in the Black Sea region co-hosted by the U.S. and Ukraine that runs until July 10, according to the U.S. Navy's Sixth Fleet.

The Crimean Peninsula, which was annexed by Russia from Ukraine in 2014, sits on the northern coast of the Black Sea. Having Tokyo and Canberra join the drills adds Asian voices to the message from Western nations that redrawing national borders by force is unacceptable.

While U.S. President Joe Biden's administration is shifting its military focus to the Indo-Pacific to deal with China, which it regards as Washington's sole competitor, Winternitz stressed that this does not mean neglecting American commitments to NATO and to Europe's defense.

"I don't think there's any doubt about that in the European minds at this point," he said, citing plans to bring more forces into Germany.

"I think that there is the ability that we have to be able to do both," he added.

Europe and Washington are not entirely of one mind when it comes to defense-related issues. The U.S., Germany and France are seeking out dialogue with Russia, an approach opposed by some Eastern European and Baltic countries. Previous U.S. President Barack Obama had scaled back America's military presence in Europe amid its shift toward Asia, only to reverse course after the annexation of Crimea.

Meanwhile, Beijing and Moscow have stepped up military and economic cooperation with an eye toward countering the U.S., in what Winternitz called "partnerships of convenience" -- arms trade and joint exercises, for example.

He suggested that Washington does not see this as a serious concern for now. But "if Russia and China were to grow even closer over the long term, that could be something where it would start to become more and more of a threat," he said.

Before his current role in Europe and NATO policy, Winternitz previously served in the Pentagon's East Asia office, as country director for Japan and then as acting principal director for East Asia. He also worked within Japan's ministries of defense and foreign affairs under the Mansfield Fellowship Program.