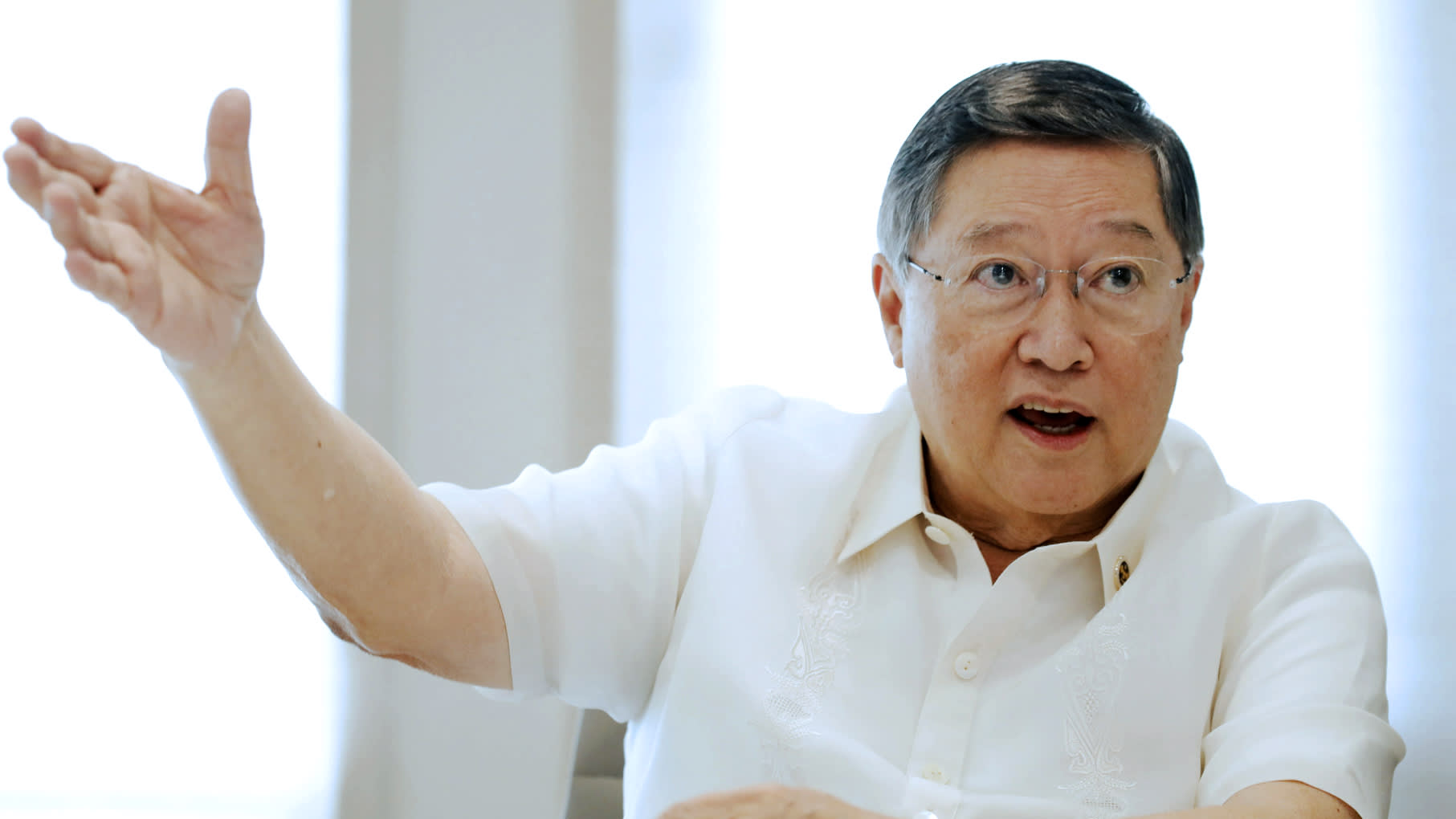 MANILA -- The Philippines will forge ahead with a tax reform program that has spooked foreign investors and prompted some to consider leaving the country, Finance Secretary Carlos Dominguez told the Nikkei Asian Review on Friday.

In an interview at his office, Dominguez said the current corporate tax and fiscal incentive regime is "not fair" to local companies, particularly small enterprises that have been burdened with a 30% levy -- the highest in Southeast Asia.

"It has been a hindrance to the growth of the country," Dominguez said, referring to the perpetual tax holiday enjoyed primarily by foreign investors. Investment promotion agencies handed out around 300 billion pesos ($5.6 billion at the current rate) worth of incentives in 2015, according to the Department of Finance.

Under a new tax bill, perks that used to be perpetual would become time-bound and would be granted only to companies that meet certain requirements. To attract investment, the government plans to gradually lower the current corporate income tax of 30% in 2-percentage-point increments starting in 2021, until it is reduced to 20% in 2029.

"We want to treat the small and medium enterprises more fairly, those who can't apply for incentives," said Dominguez, a former businessman from the city of Davao and a childhood friend of President Rodrigo Duterte. 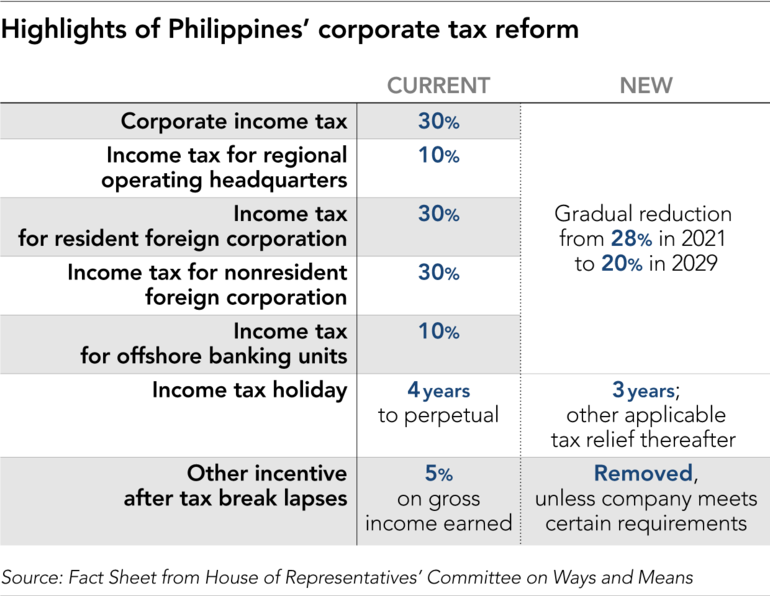 The $24 billion business process outsourcing industry, a main beneficiary of the existing perks, has asked the government to reconsider. Companies argue they need assistance to remain competitive.

"It's not my job to make you competitive, you make yourself competitive," Dominguez said. "You work hard and you be efficient."

Dominguez said the government would extend perks to emerging and job-generating sectors. "I want [incentives] for companies that do robotics, companies that encourage innovation here in the Philippines, and companies that hire and train young people."

The Philippine Economic Zone Authority, which grants many of the fiscal perks, has warned that the proposed tax reform has unnerved foreign investors, some of which are thinking about relocating to Vietnam. But the secretary shrugged off falling foreign direct investment pledges, noting that actual FDI surged to $10 billion last year.

"Our economy will not collapse if PEZA investments go down," he said.

Under the proposed bill, longer tax holidays would also be given to companies that invest in conflict zones and other rural areas, in line with Duterte's effort to spread prosperity in the countryside. 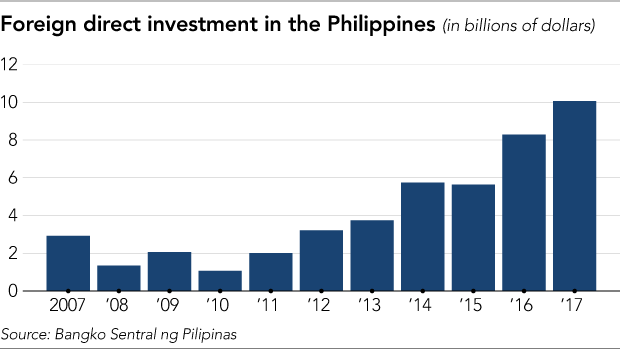 Dominguez, who has been spearheading Duterte's rural development drive, last week issued critical comments about a proposal to decentralize the government and grant more powers to individual regions.

"I'm not critical of federalism," he said in the interview. "I am saying that the draft they submitted lacked a lot of clarity, and that will hamper a lot of investments and ... affect our credit rating."

The new charter drafted by a panel of experts, formed by Duterte, mandates 50-50 sharing of internal revenue between national and local governments. Dominguez said this could lead to a "fiscal nightmare."

The push to amend the constitution comes amid rising inflation that has dampened the economy's momentum. Duterte's economic team, which Dominguez heads, has decided to increase the budget deficit next year, attempting a balancing act between fiscal discipline and boosting growth.

To tame the inflation, which has reached a five-year high and breached official targets, the central bank has also announced a series of rate increases -- the latest being a 50-basis-point hike last week, the biggest upward adjustment in a decade.

Asked if the central bank's monetary board, on which the finance secretary sits, is preparing for another rate increase in response to turmoil triggered by the falling Turkish lira, Dominguez said: "If this is required, they will do it."