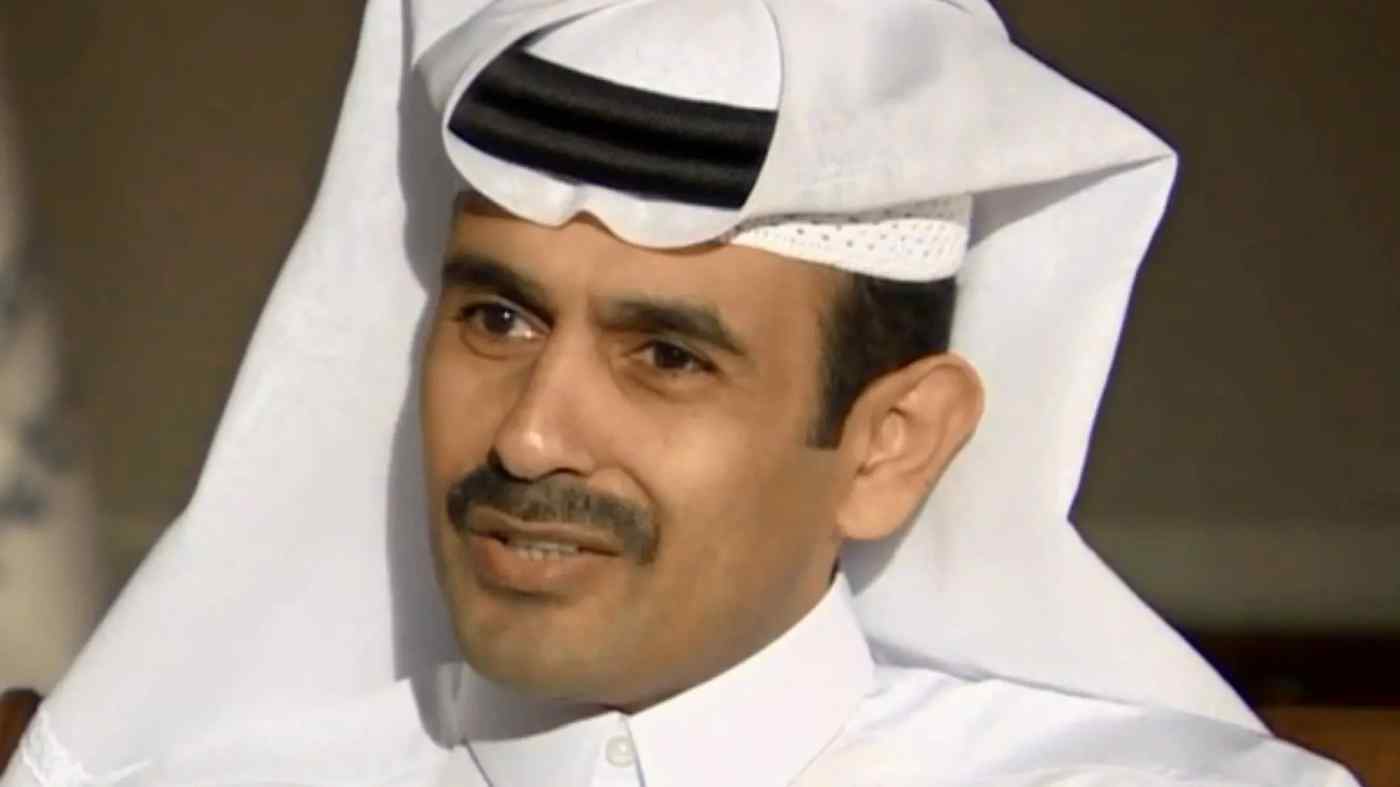 DOHA -- Qatar is ready to further boost investment in liquefied natural gas production, beyond its current plan to increase annual capacity to 110 million tons by 2024, according to Energy Minister Saad Sherida al-Kaabi.

In an interview with Nikkei, Qatar's energy czar said Asian demand for LNG will continue to grow rapidly and that he remains skeptical the world will shift significantly from fossil fuels to renewables in the near future.

"Asia is the biggest market for LNG, or fuels in general, because that is where [economies are growing], and that is where the need is," al-Kaabi said. "For us, the Asian market is a fundamental market and we have great relationships politically with all the Asian countries."

The minister stressed the importance that Qatar places on relations with Japan, which has paved the way for LNG imports. "Japan in particular has a very special place in our heart, and we are looking to extend our contracts with Japanese companies," al-Kaabi said.

al-Kaabi noted that in the aftermath of the Fukushima nuclear disaster, Qatar canceled LNG shipments to other destinations, diverting them instead to Japan and selling them at contract prices, despite gas prices being "very high" at the time.

"We wanted to show the people of Japan our respect," he said.

Turning to other Asian markets, al-Kaabi continued: "Indonesia has huge potential and is an untapped market. [The] Philippines is a huge market that has not opened up fully to gas. Pakistan has a huge requirement and bought from us. Bangladesh has a population of 160 million and ... India may need as much gas as China."

LNG is natural gas cooled into liquid form for ease of transport. It requires more processing than natural gas, which Russia delivers to Europe via pipeline, but is the only practical way to transport large volumes of natural gas to overseas markets in Asia.

Concurrently serving as president and CEO of Qatar Petroleum, al-Kaabi said plans are underway at the state-owned energy company to increase annual LNG production capacity by 40% from the current 77 million tons. But, given expectations for greater Asian demand, he is preparing to raise the capacity even more.

In 2017, Qatar announced a plan to ramp up annual production capacity to 100 million tons by 2024, but revised it last year to 110 million tons.

The minister feels the new goal may still be inadequate for Qatar to maintain its status as the world's leading LNG exporter, a position it briefly lost to Australia in 2018. By the end of 2019, it will likely raise the bar again, developing gas fields in Africa and North America to maintain its top spot and keep up with Asian demand.

The minister also stressed that while concerns over climate change are driving attempts to develop alternatives to fossil fuels, natural gas is still cleaner than oil or coal.

While use of renewable energy sources is expanding, al-Kaabi said many uncertainties surround them. The minister also challenged the assumption that the world will quickly wean itself from fossil fuels and that natural gas is a transitional energy source, saying instead that it is the future of energy.

Qatar Petroleum will finance its own expansion without relying on bond issues and bank loans, al-Kaabi said.

Regarding Qatar's exit from the Organization of the Petroleum Exporting Countries in January, the minister said it was necessary to reinforce the nation's gas strategy. "In the U.S. and other places, we could potentially face legal issues against OPEC, where we would be dragged into something that we do not see much value in," he explained.

Following its exodus from the cartel, Qatar made plans to develop natural gas production in Mozambique and announced the discovery of a huge gas field in South Africa. Earlier this month, Qatar also decided on a joint investment of $10 billion with Exxon Mobil to build an LNG export facility in the U.S. state of Texas.

In 2017, Saudi Arabia, the United Arab Emirates and other Gulf states imposed a political and economic blockade against the country. But despite the blockade, al-Kaabi said Qatar continues supplying natural gas to the UAE, partly as a way to demonstrate to Asian customers Qatar's reliability as an energy partner.

Market participants widely regard Qatar's withdrawal from OPEC as a response to the Saudi Arabia-led blockade.