PARIS -- The coronavirus pandemic has only highlighted the importance of Renault-Nissan-Mitsubishi Motors alliance, Renault Chairman Jean-Dominique Senard told Nikkei in an telephone interview Friday. The three carmakers, which struggled over 18 months to find common ground, finally announced on Wednesday a new strategy to cut investment costs per vehicle model by up to 40%.

The alliance will set three regions where one of the trio will take the lead for that part of the world, allowing the other partners to tap the leader's resources efficiently. Renault is prepared to produce Nissan vehicles in its European plants if needed, Senard said. Nissan plans to close its plant in Spain and may require a transfer of production in Europe.

Senard intends to strengthen the alliance ties through production optimization. Edited excerpts of the interview follow.

Q: The alliance announced on Wednesday a new long-term strategy which doesn't include sales objectives. Did you withdraw the goal of "14 million car sales before 2022" set by Carlos Ghosn, former Nissan chairman?

A: The objective is out of date. I haven't officially withdrawn it, but the objective is no longer relevant with the evolution of markets and of our strategies. The alliance decided to focus on performance and profitability, and no longer on volume. We will focus both on adjusting our capacities and improving our performances, in order to be sustainable in the long term. 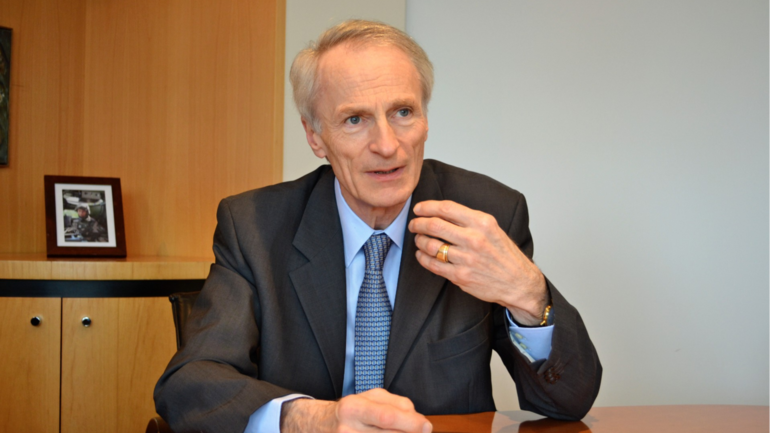 Q: Why is the idea of expansion a bad one?

A: It is not a bad idea in itself, but the markets must be able to absorb it. Above all, we must be able to perform well in an expansion. When the fixed costs become too high, it usually drags our companies into very tricky situations. It is not sustainable in the long term.

Q: From now on, which indicators will be important to the alliance instead of sales volume?

A: We will tell you later what we are working on, regarding the performance's criteria of the alliance. We already have our thoughts on the matter. The alliance is back on track. We have way less complexities to deal with.

Q: Is profitability a new criterion?

Q:Concerning COVID-19, do you believe the companies are more united than before amid the pandemic?

A: Most likely. I believe even without COVID-19, we would have been united, but it certainly awakened everybody's minds. Somehow, it gave legitimacy to the emergency of unity. I won't contradict you on that. The virus crisis revealed the necessity of the union: it is in this difficult context that you realize that unity creates strength.

Q: What can you tell us about the possibility of Nissan-Renault merger?

A: That is not a subject of discussion. We have other things to do than dealing with it today. We never talk about it on the boards. We're satisfied like that.

Q: Nissan plans to close its factory in Spain. Are you ready to produce some of Nissan cars in Renault's European plants, to help them optimize the production in the region?

A: We really must not exclude that possibility. In fact, it's already the case of Nissan Micra, manufactured in a Flins plant [in the suburbs of Paris]. It is already the case for one of Nissan's vans. I don't see a problem here. The issue for us is to make sure Renault's plants are competitive enough to allow our partners to get their own cars to be manufactured there.

Q: You said on Wednesday that you would like to make an announcement about German Daimler in the coming weeks. Renault already has 1.5% of the company. Were you mentioning some kind of capital change?

A: It is not necessary. It is possible to have extremely profitable collaborations without a capital change.