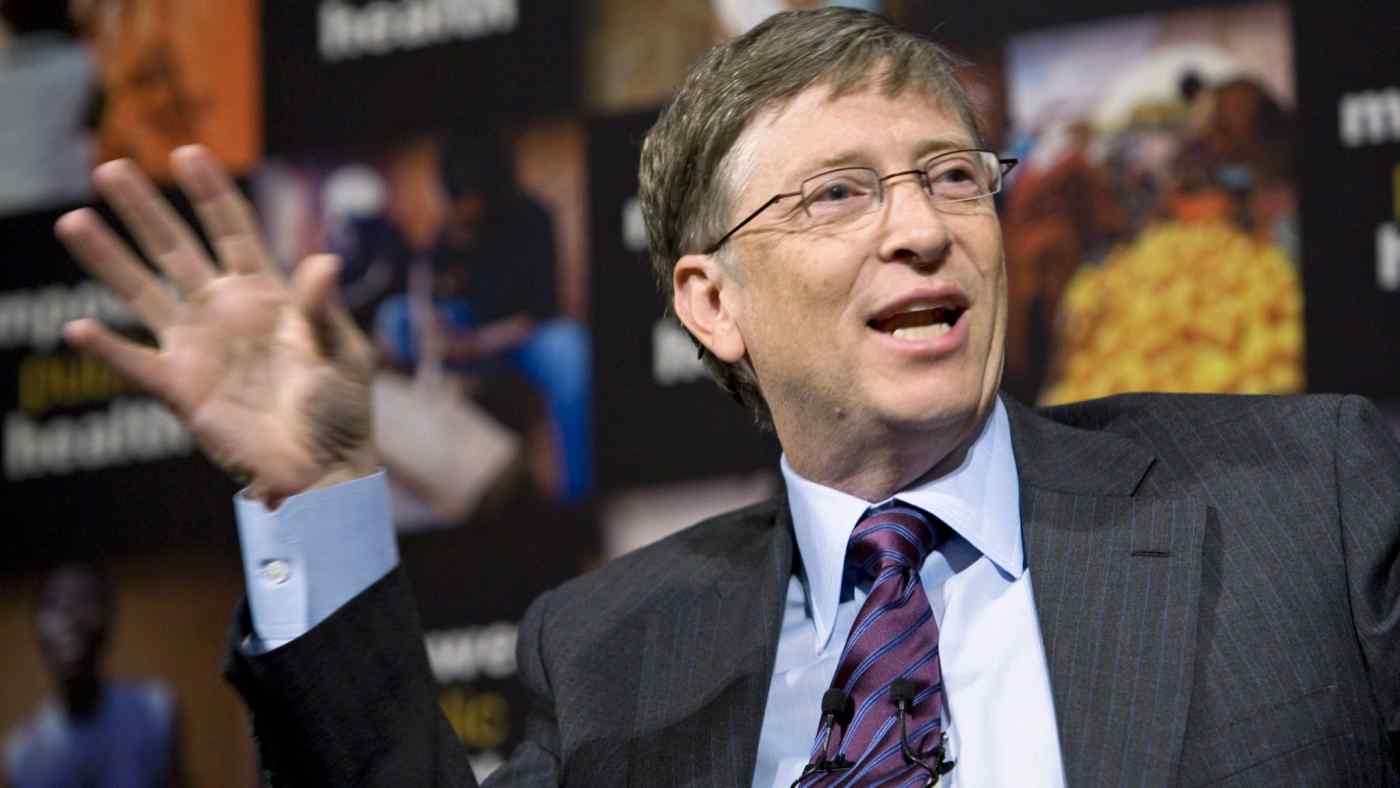 SEATTLE, U.S. -- Microsoft founder and philanthropist Bill Gates predicts that as artificial intelligence and other technologies flourish, societies will use taxes to ensure there is still a place for humans in the workforce.

"It is quite amazing, the progress the world has made during the last, I would say, 28 years," in tackling medical and poverty problems, Gates said in a wide-ranging interview with Nikkei. He emphasized the importance of global cooperation, as opposed to U.S. President Donald Trump's America First agenda, to resolve issues such as climate change.