Russia plans to export hydrogen to Asia in green shift 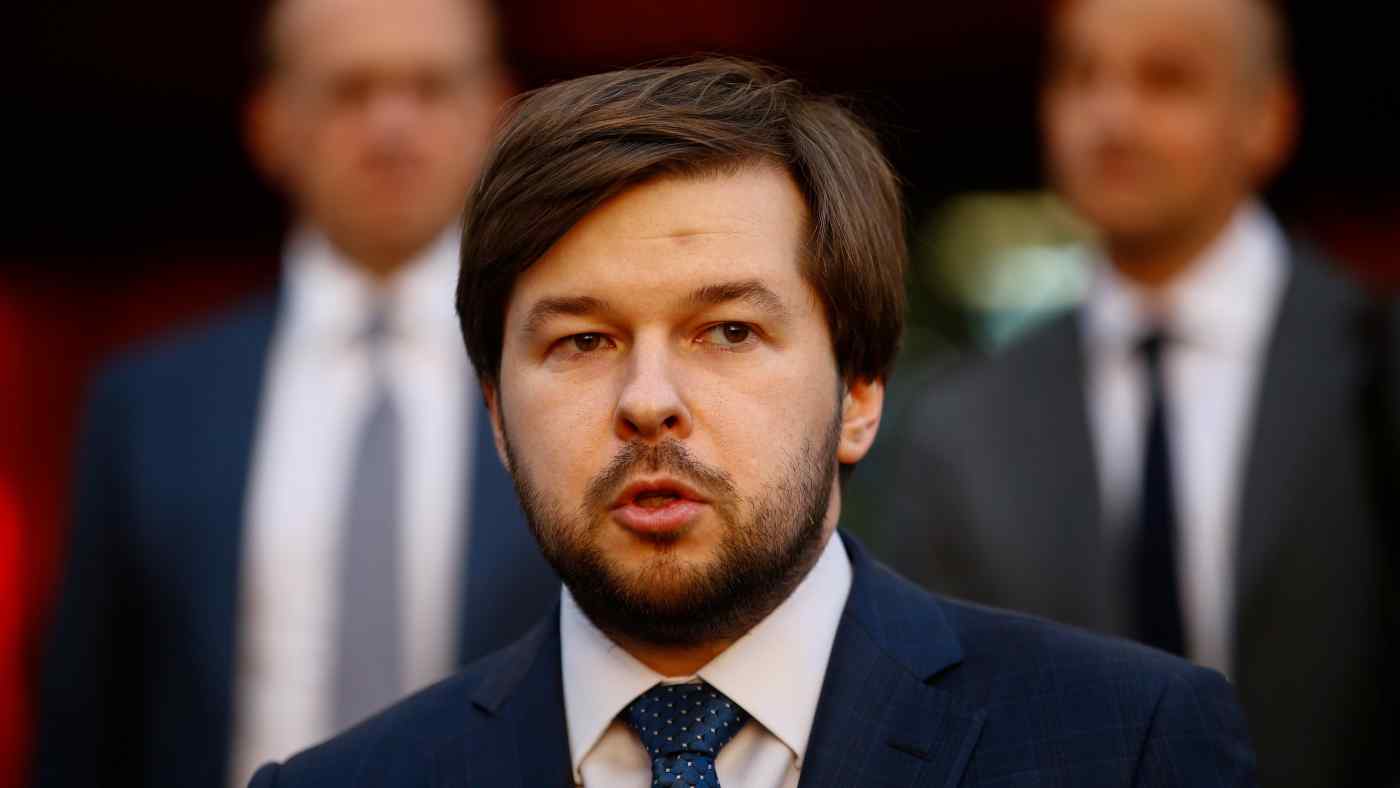 MOSCOW -- Russia will begin the production and export of hydrogen, seeking to diversify its energy portfolio, as it begins talks to supply to Japan, with the aim of selling to other Asian and European countries ultimately.

In a recent online interview with Nikkei, Russian Deputy Minister of Energy Pavel Sorokin unveiled a new government policy to export 2 million tons of hydrogen by 2035. The country is already in talks with Japanese officials and also Kawasaki Heavy Industries and other Japanese companies to cooperate in this area, in hopes of exporting to Europe and Asia by 2035.

Russia produces hydrogen now for use in its domestic industrial sector, but the country hopes to export 200,000 tons a year by 2024 and increase it tenfold by 2035. Sorokin said that Russia had great potential in the commercialization of hydrogen and the country would try different production methods.

Sorokin said that taking hydrogen out of natural gas would be the most economical way. He explained that production costs would be half to a quarter of hydrogen produced by electrolysis, and that Russia would offer competitive export prices. While Sorokin expects more consumers will opt for blue hydrogen, demand for gray hydrogen will also increase in the meantime.

In response to the new government policy of hydrogen production, natural gas supplier Gazprom, atomic energy producer Rosatom, technology conglomerate Rostec and the Russian Academy of Sciences have begun the development of and market research on production and exports of hydrogen. All four entities are controlled by the Russian government.

Sorokin cited Asian countries, including Japan, China and South Korea, as well as European countries, including Germany and France, as promising export destinations. He said that hydrogen could be used in sectors such as transportation, oil refining and the production of electricity, chemicals and fertilizers. A hydrogen refueling station operated by Tokyo Gas. Hydrogen demand is expected to rise to 130 million tons in 2040 and 500 million tons by 2070, according to the International Energy Agency.   © Reuters

Sorokin stressed that cutting transportation costs and safe transit will be the biggest challenge for Russia's hydrogen exports. He said Russia was considering mixing hydrogen into existing gas pipelines for Europe and transporting hydrogen by ship to Japan and other Asian countries.

Although Russia is a major exporter of fossil fuels, Russian Energy Minister Alexander Novak said on Oct. 11 that the country is focusing on developing hydrogen production as the world shifts toward decarbonization.

Sorokin has high hopes for Japanese demand for hydrogen. He revealed that Russia had already started discussions with Japan's Ministry of Economy, Trade and Industry and Japanese companies over hydrogen shipments. He also said he hoped a bilateral cooperation agreement will be signed between the two.

A Rosatom spokesperson told Nikkei that a subsidiary, Japan's Ministry of Economy, Trade and Industry and Kawasaki Heavy Industries are conducting a feasibility study, to be completed by the end of 2021, for a pilot program of shipping hydrogen from Russia to Japan. Sorokin also hinted at possible tie-ups with Japanese trading houses.

Kawasaki Heavy is hoping to commercialize hydrogen energy in Japan. A Kawasaki Heavy representative confirmed that the company was cooperating with a unit of Rosatom over research. In the past few years, Kawasaki Heavy has invested heavily in hydrogen technology and last December built a vessel to transport liquefied hydrogen from Australia to Japan.