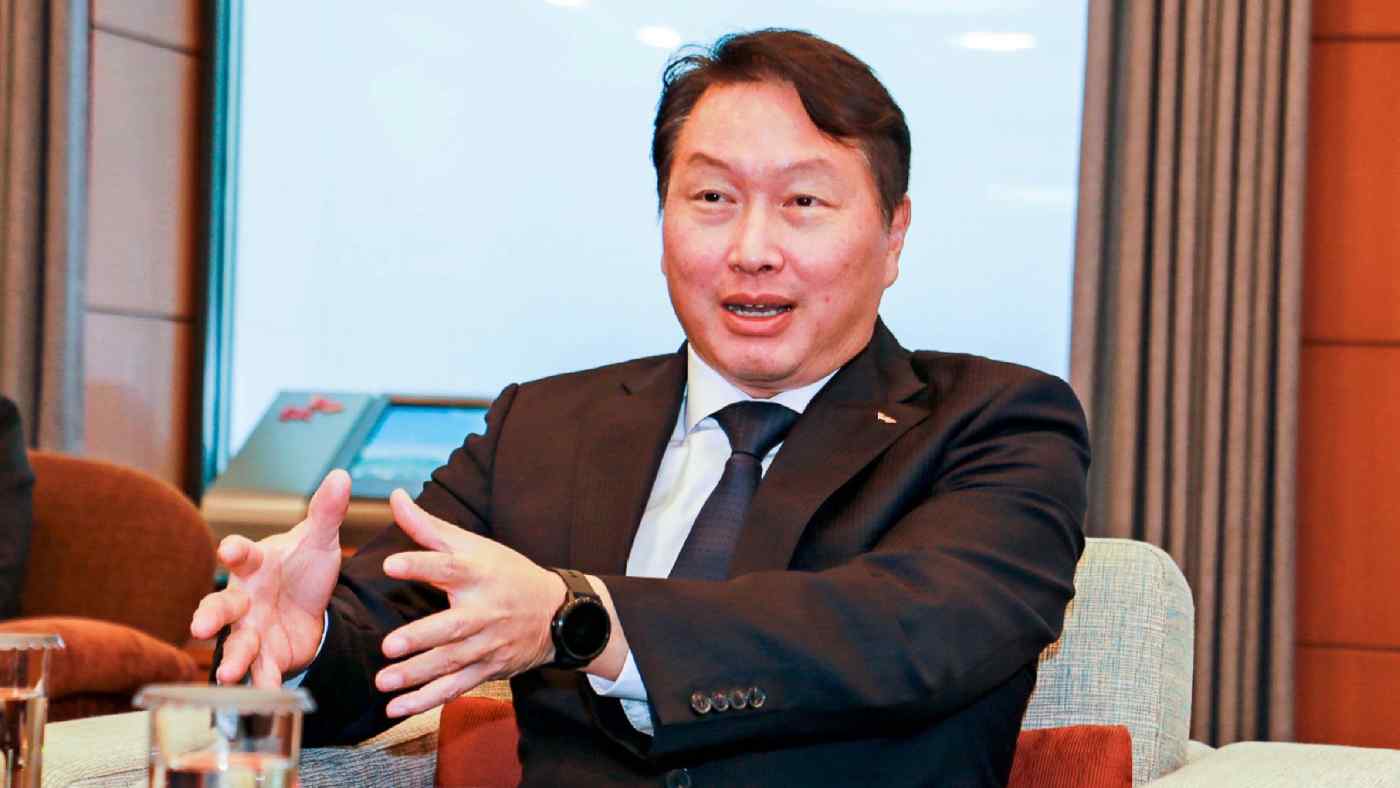 SEOUL -- North Korea is well-positioned to test new economic models and technologies for the cities of the future because there is little infrastructure and antiquated industrialization standing in the way, according to the head of South Korea's third-largest conglomerate.

Chey said he dreams of trying out the shared economy, electric vehicles and renewable energy in North Korea, which he visited last month as part of the 200-member delegation accompanying President Moon Jae-in. SK, which trails only Samsung and Hyundai Motor in assets among South Korean business groups, has a wide portfolio ranging from semiconductors and telecommunications to energy and chemicals.

North Korea "is a clean area where little infrastructure is set up," said Chey in an interview with the Nikkei Asian Review recently. "I think we should build a future city where people want to live, rather than establishing industrialized factories and apartments. We can share all the cars, electric vehicles from the first. And nobody needs to buy them."

In terms of energy, he supports setting up villages and cities run by renewables only, such as solar energy and wind power. The 57-year-old business leader said there are plenty of other areas to test new economic models in North Korea -- from transportation to logistics to tourism. The headquarters of SK Hynix, the semiconductor arm of the SK group, in Seongnam, South Korea.   © Reuters

But Chey made it clear that all of this will be possible only after the United Nations' sanctions against North Korea are lifted. And the U.N. Security Council has no plans to ease them, unless the country takes concrete steps toward denuclearization.

"North Korea has always said that it wants to cooperate with [South Korea] as one nation," Chey noted. "But this is not the right time to talk about [investments in North Korea] in detail. No one in the delegation talked about investments or cooperation."

The group of South Korean business leaders met with North Korean Vice Premier Ri Ryong Nam, who is in charge of economic matters, while Moon met with leader Kim Jong Un. It was Chey's second visit to North Korea, his first being with former President Roh Moo-hyun in 2007.

Chey said East Asia's growth potential will expand sharply, should North Korea open up its economy. He said the region can be integrated as one economic zone, combining the Korean Peninsula, Japan, China and Russia.

"There is a good chance that East Asia will open if North Korea is open," he said. "Japan is an island country, but South Korea is also a kind of island [due to the division between the Koreas]. So is North Korea. It blocks communication [in the region]."

Choi Won-sik, managing partner at McKinsey & Co. Korea, agrees with Chey. He said in a column that the Korean Peninsula has a huge potential to integrate Northeast Asia, which will account for more than one-third of the global economy, with much stronger consumption power than the U.S. in the near future.

Even though Chey was optimistic on the prospects for East Asia, he predicts that the trade war between the U.S. and China will continue for three decades, if history is an indication. He cited the example of the power struggle between the U.S. and Britain in the early 20th century, which lasted for 50 years.

The trade tensions "will persist for a long time," he said. "We need to find measures to live in the new era."

As for SK's growth strategy, Chey stressed that his business should be able to integrate and analyze customer data, which is crucial to understanding customer needs. "We should upgrade our data center to a larger and more sophisticated facility," said Chey.

"We deal with both energy and telecommunications, and we see high potential in an energy solution by combining the two," said Chey. "Everything from cars to households are begging for new solutions to environmental problems. It will take time, but we are committed to working on this as a group.

Regarding South Korean chipmaker SK Hynix's partner, Toshiba Memory, Chey said that "Now is the time to deepen the trusting relationship" with the Japanese peer. He made it clear that SK is currently not going to be involved in Toshiba Memory's management.

SK Hynix has poured about 395 billion yen ($3.49 billion) into Toshiba Memory through a U.S. investment company, securing the right to acquire less than 15% of voting rights.

Chey denied speculation that SK is planning to acquire Toshiba Memory, and said that the latest partnership is "necessary for us as a memory chip company."

He also said that he is "always ready to cooperate on research and development," indicating a willingness to expand the partnership between the two companies beyond next-generation memory, which the two are jointly developing.