Company to close Myanmar wood business as planned prior to coup, CEO says 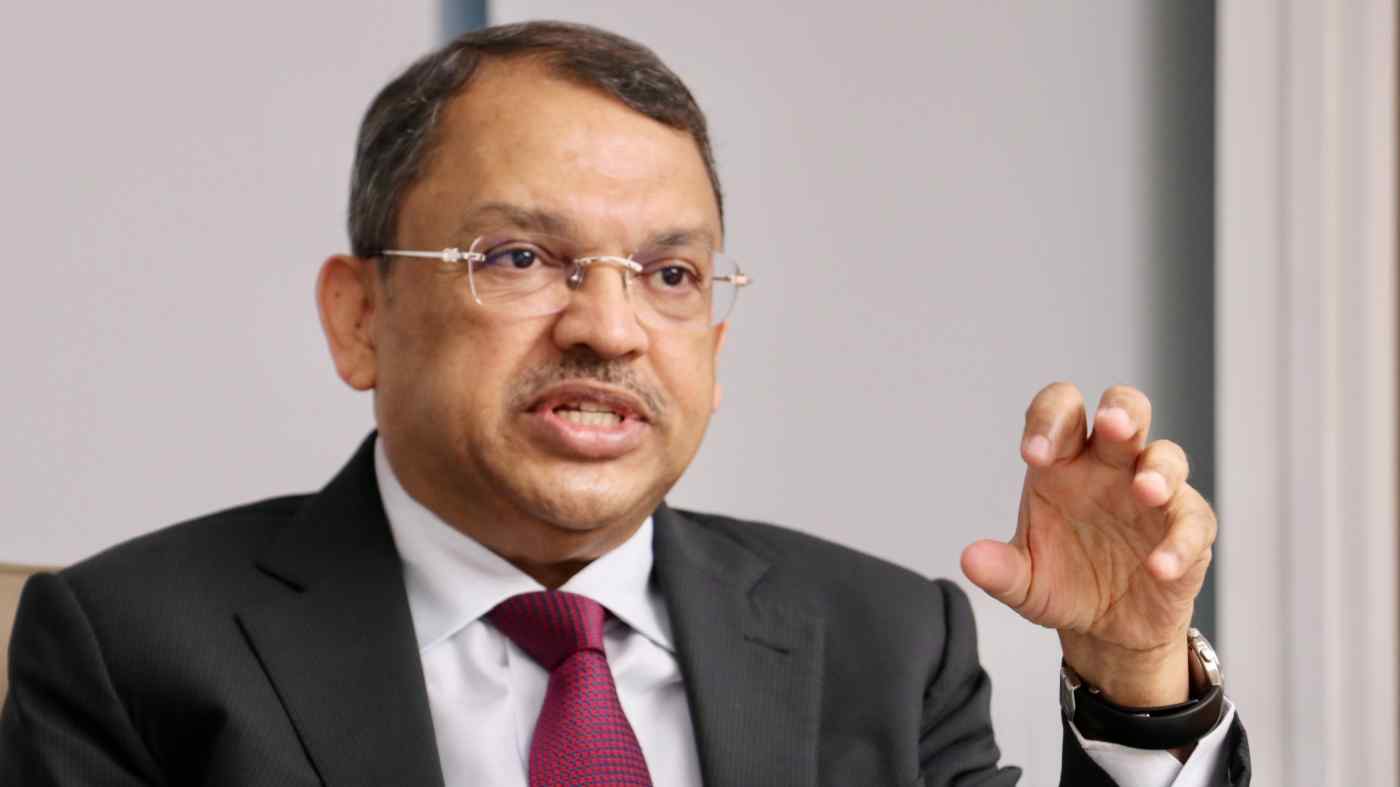 SINGAPORE -- India's exploding COVID-19 infections will affect the production and export of the country's food products, according to the chief executive of Singapore-based global agricultural products trader Olam International.

In an interview with Nikkei Asia, Olam CEO Sunny Verghese said the company's Indian businesses, such as coffee processing and rice exports, would be impacted by restrictions on operating factories, as the country reported more than 300,000 daily confirmed new COVID-19 cases in late April.

"We expect our capacity utilizations in India, in our factories, to come down for the next couple of months," he said, adding that the worsening situation would likely peak sometime in May. "We will see some impact."

India is one of the world's major exporters of rice, but the impact on rice prices was limited, he said. "We don't see a major change in rice prices as a result of enough stocks in the pipeline, and from a supply-and-demand standpoint we don't foresee a big upside in prices."

As an agricultural products trader with a supply chain spanning more than 60 countries from Asia to Africa and Europe to the Americas, Olam has been closely watching the impact of the pandemic and the progress of the global recovery.

"Overall, we are seeing a fairly sharp snapback from the worst impacts of COVID-19, particularly in the first half of 2020," Verghese said. "But this snapback is happening differently in different countries."

While India's devastating levels of infection could dampen its economy, the U.S. was the economy seeing the fastest recovery, he observed. Most Southeast Asian nations would benefit from China's strong recovery, he said, as well as reconfiguration of supply chains by global manufacturers.

Olam trades in a wide range of agricultural goods, including rice, cacao, nuts, cotton and coffee. Its total revenue for 2020 increased 9% to 35.8 billion Singapore dollars ($27 billion) due to growth in sales volumes as well as higher prices for some food staples such as grains, rice and edible oils.

Referring to current commodity prices, he said, "There is a structural basis for commodity markets across different asset classes to go higher," including oil, copper and nickel. This is due to demand for goods growing faster than demand for services amid the recovery from the pandemic. In addition, commodities are seen by investors as diversifiers.

"We are beginning to see a structural story for a more secular multi-year commodity cycle beginning to emerge as a result of this," he said.

The current upward trend of commodity prices was positive for the economy, he said. "When the growth is coming from demand for goods, the productivity increases can be quite significant, which is structurally positive for the macro economy."

Amid such an economic environment, Olam is going through a reorganization, in which it plans to list Olam Food Ingredients, one of two major internal units, in the first half of 2022, followed by the listing of the other unit, Olam Global Agri.

As for OFI's listing, Verghese said it was doing an initial public offering and raising capital to pivot the business from a raw materials supplier to a more value-added business that offers on-trend, plant-based, natural ingredient solutions for consumers.

In a recent move in that direction, Olam on April 29 announced the acquisition of U.S. spice brand Olde Thompson to expand its spice business in the U.S., with the aim of creating an end-to-end supply chain, from procurement from farmers to sales to consumers, which it says is more value-added and traceable.

He said the company would announce the listing venue for OFI by June this year, adding that London and Singapore were among many options it was considering.

Meanwhile, the CEO said that Olam would exit from Myanmar, where its subsidiary processes teak and other hardwoods for wood products.

Olam had announced the exit from its wood products business in 2019 along with its sugar, rubber and fertilizer businesses. The company therefore will write down the Myanmar wood business and liquidate the inventories, he said, adding that this was driven by the 2019 decision, not by the current crisis in Myanmar following a military coup in February.

"I think Myanmar has a lot of good agricultural potential, but the political stability has to come back. The country is currently very disrupted from an ability to operate safely and securely. So it is not very important today in Olam's supply chain," he said.