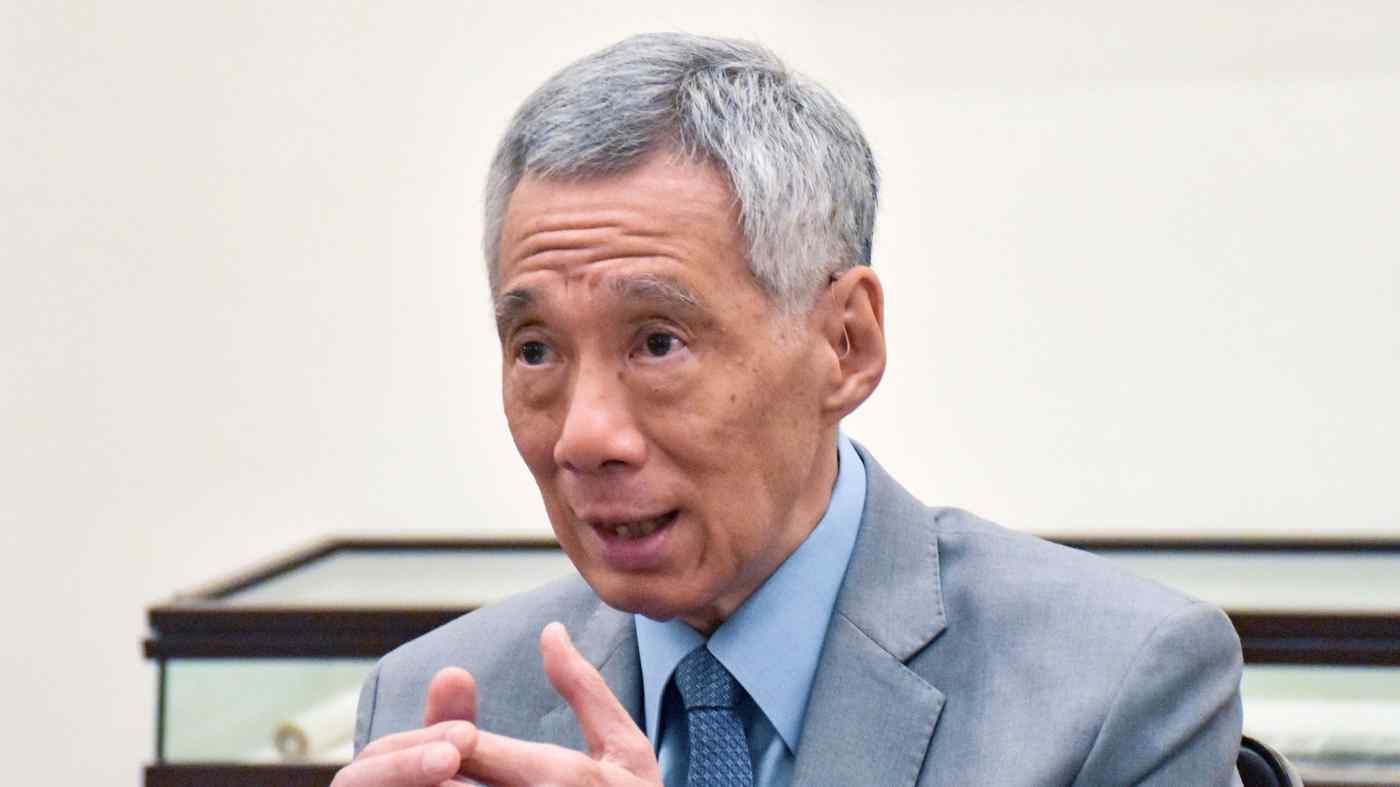 Lee said Singapore wants to "nurture" links with a range of countries including Japan "and maintain a balance so that we have resilience and we are not overly dependent on any single party."

"We can prosper together" and "enjoy the interdependence," he told Nikkei Editor-in-Chief Tetsuya Iguchi, adding that the incentive for the city-state is "to keep the region peaceful, stable and secure."

Lee was speaking days before he travels to Tokyo for the Nikkei Future of Asia conference, which starts Thursday. His remarks come as the U.S. and China pursue different strategies for extending their influence across the region.

U.S. President Joe Biden, now on a trip to Asia, is pushing the proposed IPEF initiative as a tool to enhance cooperation with Asian partners. The administration has made it clear that it is not a free trade agreement, but rather a set of standards for the digital economy, supply chain resiliency, decarbonization, infrastructure and sustainable food and agriculture.

China, on the other hand, is emphasizing trade pacts. It is already a member of the Regional Comprehensive Economic Partnership (RCEP), with 10 Southeast Asian states including Singapore, as well as Japan, South Korea, Australia and New Zealand.

And China is applying to join another regional trade pact, the 11-member Comprehensive and Progressive Agreement for Trans-Pacific Partnership (CPTPP), which also includes Singapore and Japan while stretching across the Pacific to countries such as Canada and Mexico.

Under former President Barack Obama, the U.S. was a driving force of the predecessor to the CPTPP, which was set to become the world's largest free trade deal covering 40% of the global economy. All that changed with the rise of Donald Trump, who withdrew from the pact, forcing the remaining states to regroup.

The Biden administration has made it clear that it will not be revisiting the CPTPP, citing the "considerable backlash" from Americans concerned about offshoring and outsourcing of jobs and opportunities through trade deals. Instead, it is promoting IPEF.

Lee, however, said the nascent Biden framework is "not quite a substitute" for the CPTPP, expressing hope that political conditions in the U.S. would one day enable the country to explore such a deal.

"Ideally, you want the U.S. and an FTA arrangement with Asian countries, but they could not do it," he said. IPEF "is an alternative which is not an FTA but a framework which reflects their intent to cooperate on items which are relevant to the region."

Although the details of IPEF have yet to be hammered out, Lee went on to say that "it is a forward-looking agenda, and we encourage it."

"It is a valuable sign that the Biden administration understands the importance of economic diplomacy in Asia," he said.

On a recent visit to the U.S., the prime minister had said that Singapore welcomed IPEF. Speaking with Nikkei, he signaled that the city-state plans to join the framework. 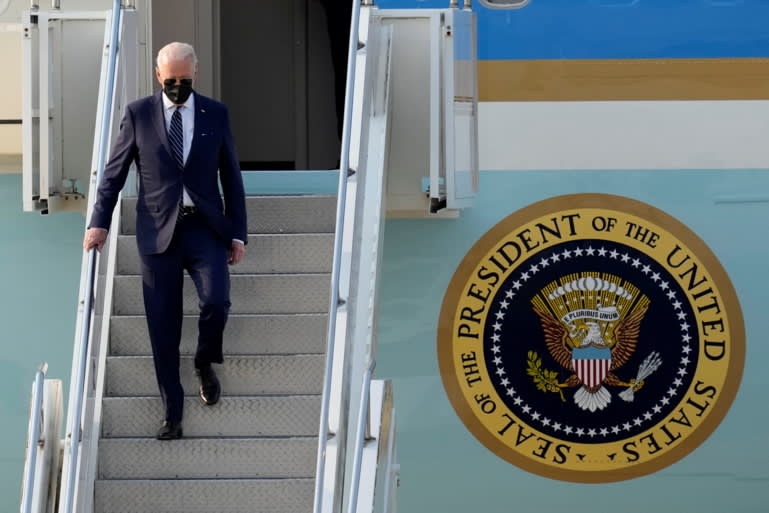 On China, Lee noted that the economic giant has "also been engaging the region systematically" with its Belt and Road Initiative to accelerate infrastructure development across Asia. Beijing is also promoting a Global Development Initiative, which aims to muster international cooperation to support less developed countries in the wake of the COVID-19 pandemic.

"We think that this is positive," the prime minister said, expressing support for China's two initiatives as well as its membership in the CPTPP.

"It's far better that China is prospering and engaged in the region than that it be operating on its own outside the rules which apply to everybody else, and not properly integrated and coordinated with the rest of the region, or that it is unsuccessful and poor and troubled," he said. "That can cause a lot of difficulty for the region too."

Still, Lee stressed that China will have to "meet the standards" to gain admission into the trade pact.

With Taiwan also seeking to join the grouping, Lee said Singapore would have to play "traffic police" as chair of the CPTPP commission this year.

China views Taiwan as a breakaway province, while many Taiwanese see themselves as distinct from the mainland. Tensions between the two are particularly high in the wake of the Ukraine war, which has raised fears that Beijing might take cues from Russia's invasion. Taipei, for its part, has welcomed high-profile visits by U.S. officials, much to China's chagrin.

The prime minister said he hoped both sides would conclude that they need to manage the friction wisely. "When you have a conflict, it's easy to start. It's very difficult to tell how it will end."

Singapore has vocally criticized Russia's invasion, taking the rare step among Southeast Asian states of imposing its own sanctions. But Lee warned against framing the Russia-Ukraine conflict as a battle between democracies and autocracies, which would set the world up for an "unending war of good against evil."

He emphasized that "what is at stake in Ukraine is the international rule of law, the U.N. Charter," and called for countries to uphold such frameworks.

"If you remove that, or you undermine that, then you are back to the law of the jungle. In the law of the jungle, it's not only the weak who will suffer," he said. "Even the strong will have a rough time because you will be spending all your time fighting one another."

Lee said he realizes that large countries "prefer to have freedom of action and are very reluctant to bind themselves" and allow "supranational bodies to have authority over them."

"I can understand that," he said, "but it's regrettable."