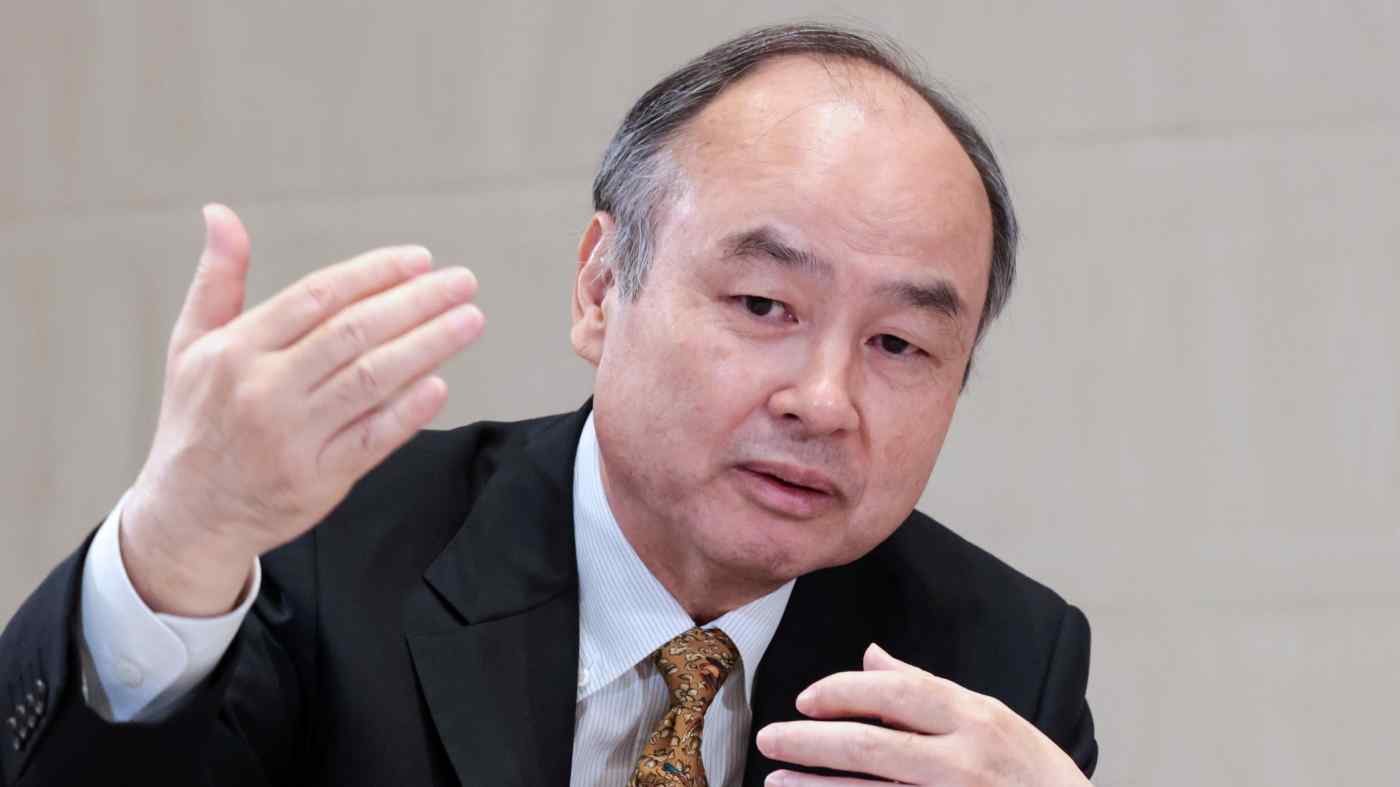 The ambition comes despite big gyrations in the values of SoftBank's tech portfolio and shows that Son -- who said his investments took "courage" -- is intensifying his group's focus on using its multibillion dollar Vision Funds to pick new tech winners.

"My focus is completely narrowed down on the Vision Fund," Son said in an interview with Nikkei. SoftBank's two Vision Funds and a Latin America focused fund have invested in about 200 companies. "I am concentrating on increasing this to 300, 400, and 500," Son said.

He added that SoftBank's group of 200 entrepreneurs could even increase to "500 or 1,000" -- also suggesting his successor could come from within that group.

Son said he "has no interest at all" in buying controlling stakes in companies, calling such deals "an inefficient use of my time."

"It is important to build an ecosystem that generates listings of dozens of companies every year," he said.

Calling the Vision Fund's business model a "manufacturer of golden eggs," Son called the IPO process -- listing companies on public exchanges through an initial public offering of shares -- "a white egg turning into a golden egg".

"When a white egg is reborn as a golden egg, the value increases," Son said.

Since launching the Vision Fund four years ago, SoftBank has invested more than $90 billion in nearly 200 companies. Big investment gains from a few that went public, including South Korea's Coupang and U.S. food delivery company DoorDash, led to a record-smashing net profit of 4.99 trillion yen ($45.8 billion) for the year ended March -- the largest ever in a year by a Japanese company.

Son said "there was no sense of accomplishment" in the record profits, calling them a result of a combination of favorable events. The company beefed up the size of Vision Fund 2 -- the successor to the near $100 billion first fund -- from $10 billion to $30 billion. 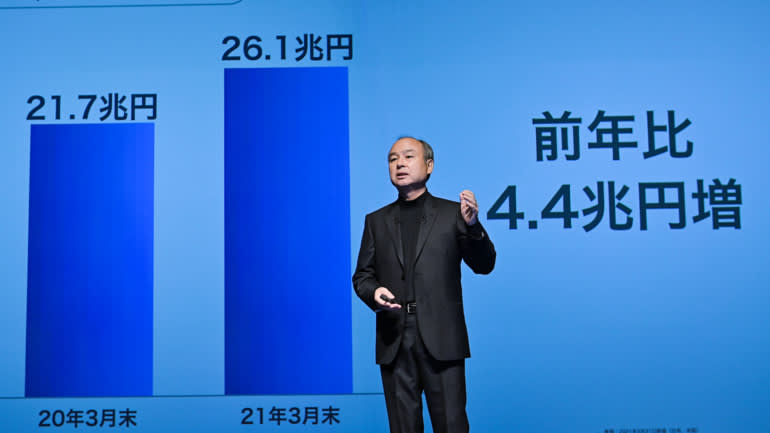 SoftBank Group chairman and CEO Masayoshi Son speaks during a news conference in Tokyo on May 12. (Courtesy of SoftBank Group)

The pledge to redouble the strategy behind the Vision Fund comes as tech valuations come under pressure. SoftBank's own shares fell 7.8% on Thursday to a three month low, a day after it reported the record profits. Shares of Coupang have fallen 28% since its IPO in March. Other major portfolio companies including Alibaba Group Holding and Uber Technologies, have also declined.

SoftBank has also been hit with a string of soured investments, such as U.S. shared office company WeWork and financial firm Greensill Capital.

Son said he has learned a lesson from its investment in Greensill, which recently collapsed, but defended the company's business model.

"I think the business model of the company is wonderful. I still think so ... but there were excessive loans made to certain companies," which led to a collapse in confidence, Son said. "Some of the companies we invested in were part of Greensill's lending activities. I don't know the direct interactions, but we have to reflect on the fact that we accepted it."

At the same time, Son said it is impossible to predict the outcome when the investment is made.

"Alibaba also was loss-making when we invested," Son said. "A single misstep and it could have collapsed." SoftBank owns about 25% of the e-commerce group founded by Jack Ma, which is now worth almost $600 billion and has been Son's most successful investment.

"About 5% are profitable when we make the investment. 95% of companies are loss-making, and the losses continue to grow. We invest in these companies at huge valuations. You need courage."

"Usually, it is difficult to make a decision with the idea of a conventional financial institution. One of the reasons we can make decisions is that we understand the background of technology," Son said.

"We work our imagination -- if [the company] uses AI in this way and gets customers, it should work. If you make a mistake, it will fall into the abyss, and if you do well, it will go up. It just happened to be that some things went well this time, so the profit was close to 5 trillion yen." 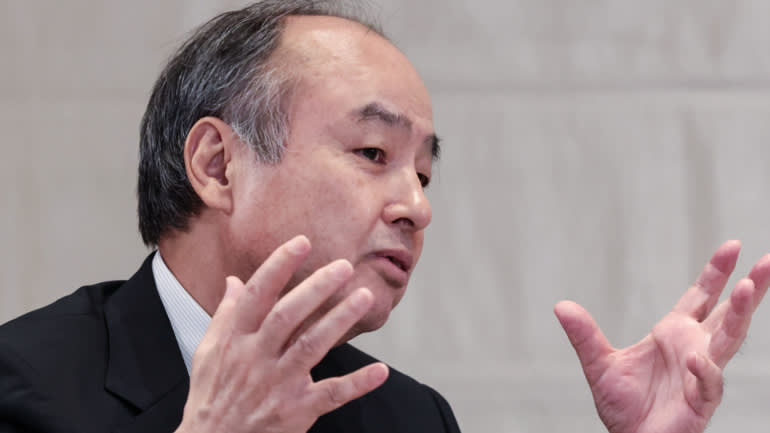 "We understand the background of technology," Masayoshi Son told Nikkei. "We work our imagination." (Photo by Masaru Shioyama)

WeWork was hit with a dramatic decline in its $47 billion valuation after failing to go public in 2019. It recently announced plans to merge with a SPAC, or special purpose acquisition company, for an enterprise value of about $9 billion.

Son said SPACs have merits such as being able to present business forecasts and a clear offer price. But he added that "a conventional IPO often opens the door to more investors, and our investees often want to go public with a conventional IPO."

Son said he expects SoftBank to make "a few" investments using its own SPACs, and that it could include merging with a Vision Fund portfolio company.

Son, 63, said he has to "identify and work with my successor who will run side by side [with me] as soon as possible."

"I want to run side by side for about 10 years, so I have to find one quickly. I don't have much time," he said. Asked whether he has someone in mind, he responded that "it is difficult" and suggested that he might find a candidate among SoftBank-backed entrepreneurs.