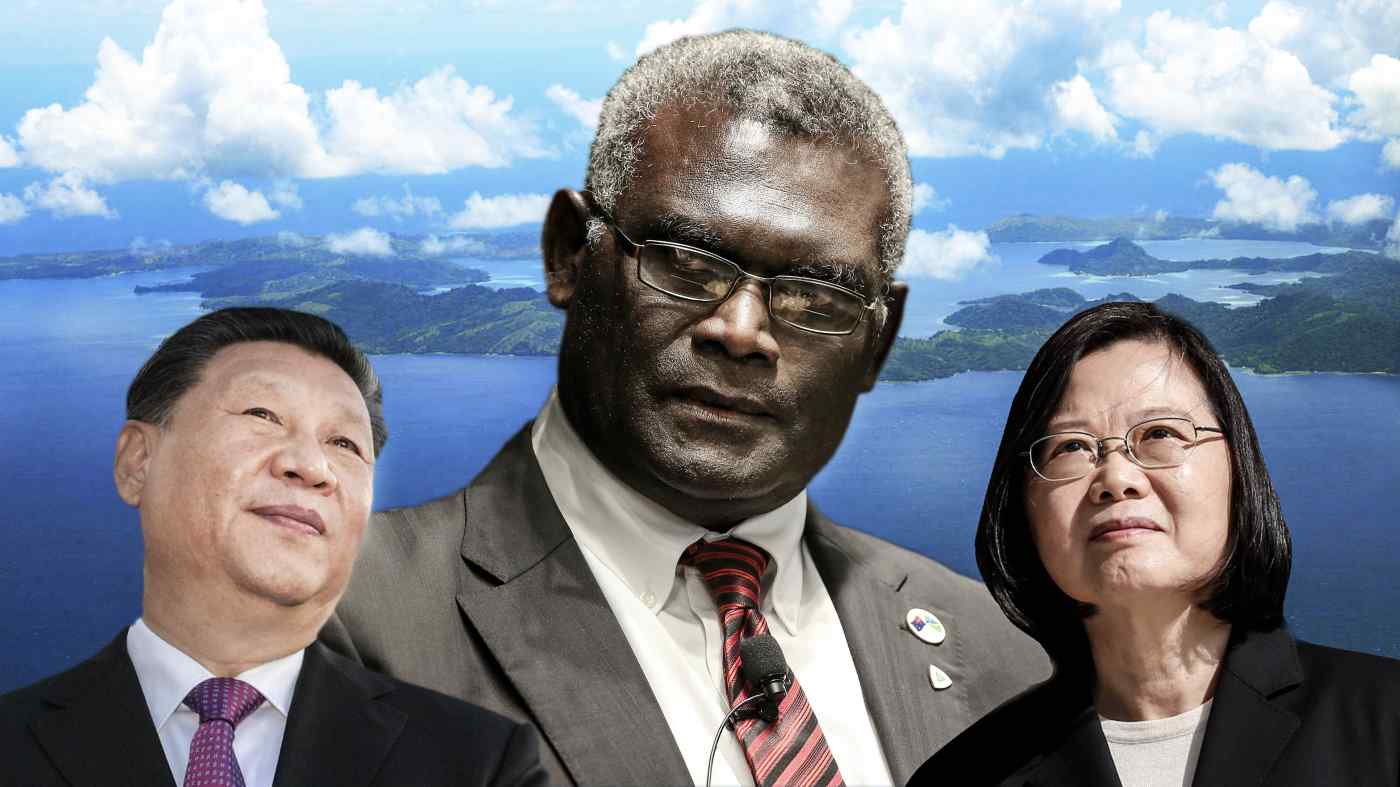 HONIARA, Solomon Islands -- As the Solomon Islands weighs whether to shift its diplomatic recognition from Taiwan to China, the South Pacific nation's leadership is considering the experience of other countries which have taken on heavy debt from Beijing.

"Of course we read -- people have been reading about... the experience of Sri Lanka and Samoa," Prime Minister Manasseh Sogavare told the Nikkei Asian Review.

Controversy over lending policies related to Beijing's Belt and Road Initiative infrastructure development program came to the fore in 2017, when Sri Lanka was forced to hand over a port to Chinese interests for 99 years after Colombo failed to repay debt. Samoa, which has also borrowed heavily from China, has been judged at "high risk of external debt distress" by the International Monetary Fund.

Sogavare said that his country of around 600,000 people will decide "by the end of this year" whether to maintain or sever ties with Taiwan.

The Solomon Islands has had official diplomatic ties with Taiwan since 1983. It is one of just 17 countries that maintain relations with Taipei rather than Beijing, which forces other countries to choose between two.

Of the six South Pacific nations that still have diplomatic ties with Taiwan, the Solomon Islands is the most populous. It has become the principal target in the region of Beijing's diplomatic effort to pressure Taiwanese President Tsai Ing-wen by snatching her remaining allies.

In April's general election, the incumbent Democratic Alliance Party, headed by Rick Houenipwela, declared in its manifesto that it would review the Solomon Islands' diplomatic relations, including ties with Taiwan. That touched off a spirited debate.

In announcing its policy priorities for the first 100 days, the winning coalition of four parties led by Sogavare pledged to conduct a "comprehensive assessment of the China question." The prime minister of the Solomon Islands Manasseh Sogavare said the South Pacific nation will review its diplomatic relationship with Taiwan.(Photo by Fumi Matsumoto)

Acknowledging that "there has been active engagement" with Beijing, Sogavare said his country will soon send a fact-finding mission to neighboring island nations that have ties with China, such as Fiji, Tonga and Papua New Guinea, to assess their infrastructure development and debt servicing.

"What we did was we came up with a task force," he said. "They are going to go around, first of all to all the countries that I mentioned, [and] even to Beijing.

China has raised its diplomatic profile in nearby countries, such as Papua New Guinea and Tonga, by building roads, ports and other facilities. But the Solomon Islands has held out on recognizing Beijing despite China being the largest market for its exports, mainly timber. A growing number of businesspeople have called for the establishment of diplomatic relations with China to bolster the economy. 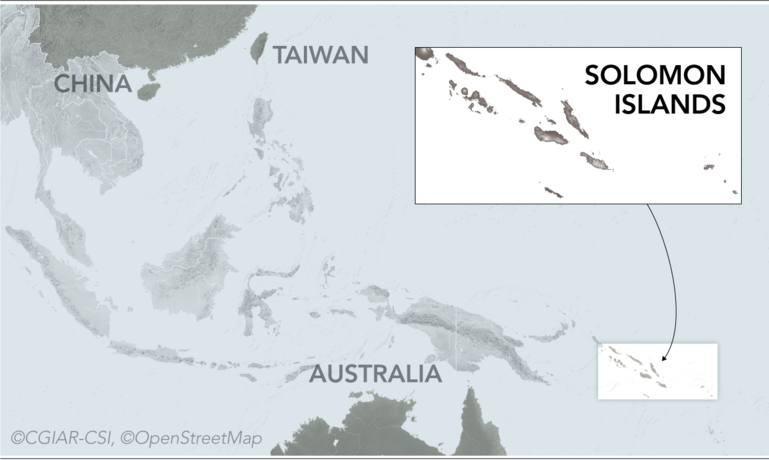 One member of the Solomon Islands' parliament who has been lobbying to switch diplomatic recognition to Beijing laments that his country lags far behind its neighbors in economic development. "Look at Vanuatu and Papua New Guinea, we are 10 years behind," he said.

But Sogavare cautioned that a decision on whether to maintain ties with Taipei will not happen until the government analyzes the results of the fact-finding mission. "A decision will have to be made, based on the analysis, either way," he said.

Australia, New Zealand and the U.S., alarmed by China's drive to strengthen its diplomatic presence in the South Pacific, have expressed concern over the Solomon Islands' readiness to consider switching recognition.

In early June, Australian Prime Minister Scott Morrison visited the Solomon Islands on his first overseas trip following his surprise reelection in May, promising 250 million Australian dollars ($173 million) in aid to the country.

Morrison was followed by Winston Peters, New Zealand's deputy prime minister and foreign minister, who met with Sogavare. It was reported in June that the U.S. is considering opening an embassy in the Solomon Islands.

Sogavare acknowledged that he had discussed issues concerning China with Morrison, but added that Australia will respect his country's decision on the Taiwan issue. "(If) you are a sovereign country you make your own decision... [Morrison] put it in that way," Sogavare said.