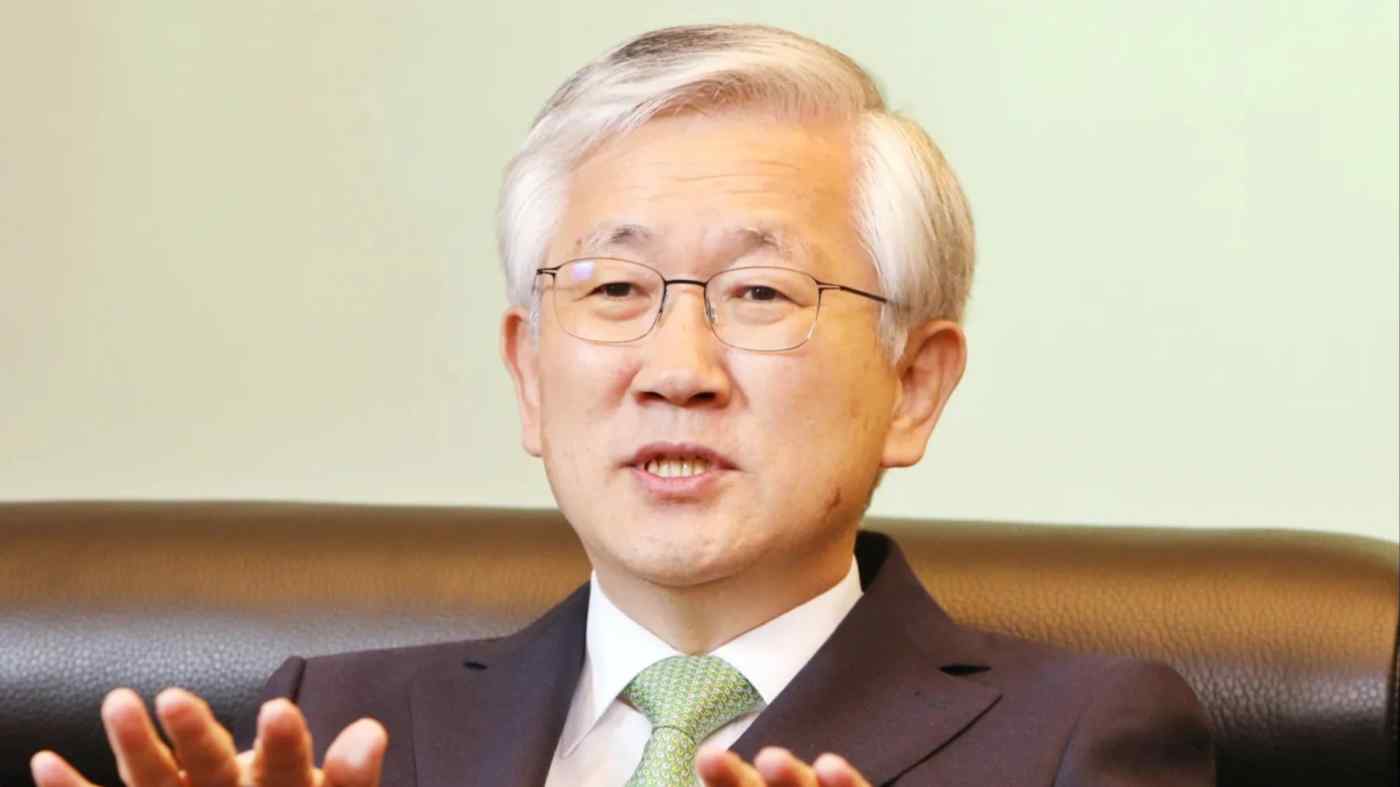 SEOUL -- South Korea is willing to enter into talks with Japan to resolve bilateral tensions over the wartime labor issue, the nation's top envoy to Japan told Nikkei, signaling a willingness to consider monetary contributions by Seoul.

"If we can see a path to resolution, we will hold talks with no preconditions," Ambassador Nam Gwan-pyo said in an interview in Seoul, referring to the dispute over compensation for South Korean wartime laborers forced to work for Japanese companies. "I will put all options on the table," he added.

Japan has already rejected a plan proposed by Seoul that would have Japanese and South Korean companies voluntarily contribute funds toward a settlement with the former wartime workers. Nam said that South Korea is not necessarily insisting on that plan.

Seoul's proposal for dissolving the dispute is "designed to bring a closure to the matter without government involvement," said Nam. But "we are open to all possibilities that could lead to a resolution. And if Japan has a good idea, we are willing to discuss it," the ambassador added, signaling that Seoul could consider contributing funds.

Tokyo maintains that the wartime labor reparations issue was settled by a treaty signed in 1965 and claims that South Korea's high court ruling violates international law. Seoul says lawsuits initiated by private individuals are valid, an opinion upheld by the Supreme Court.

"Differences in positions should not result in a standoff between governments," said Nam. "Our goal is not to prove who is right. It's essential to think hard for resolving the problem."

South Korea decided in August to exit an intelligence-sharing pact with Japan called the General Security of Military Information Agreement. But Seoul expressed a willingness to renew the agreement if Japan removes trade restrictions introduced over the summer.

"I believe there is no difference in our understanding of the importance of the GSOMIA," said Nam. "We should engage in close security cooperation no matter the situation."

Japan has toughened oversight of exports to South Korea, citing a lack of confidence on the security front. "I wish the current lack of trust will be resolved so that the export monitoring measures will be eliminated and the GSOMIA will not be discontinued," the ambassador said.

Nam touched on the "final and irreversible" resolution Japan and South Korea reached in 2015 to address the issue of wartime "comfort women."

"I can praise how [Japanese] Prime Minister Shinzo Abe expressed a position reflecting a step forward from the past, but the problem is that the agreement did not reflect the will of the victims," he said. But he added that South Korean President Moon Jae-in has decided neither to scrap the deal nor renegotiate it.

Nam was installed in his current position in May after serving as deputy national security director. "What worries me is the spread of anti-Korean mood in Japan," he said. "That has yet to be recognized in South Korea."