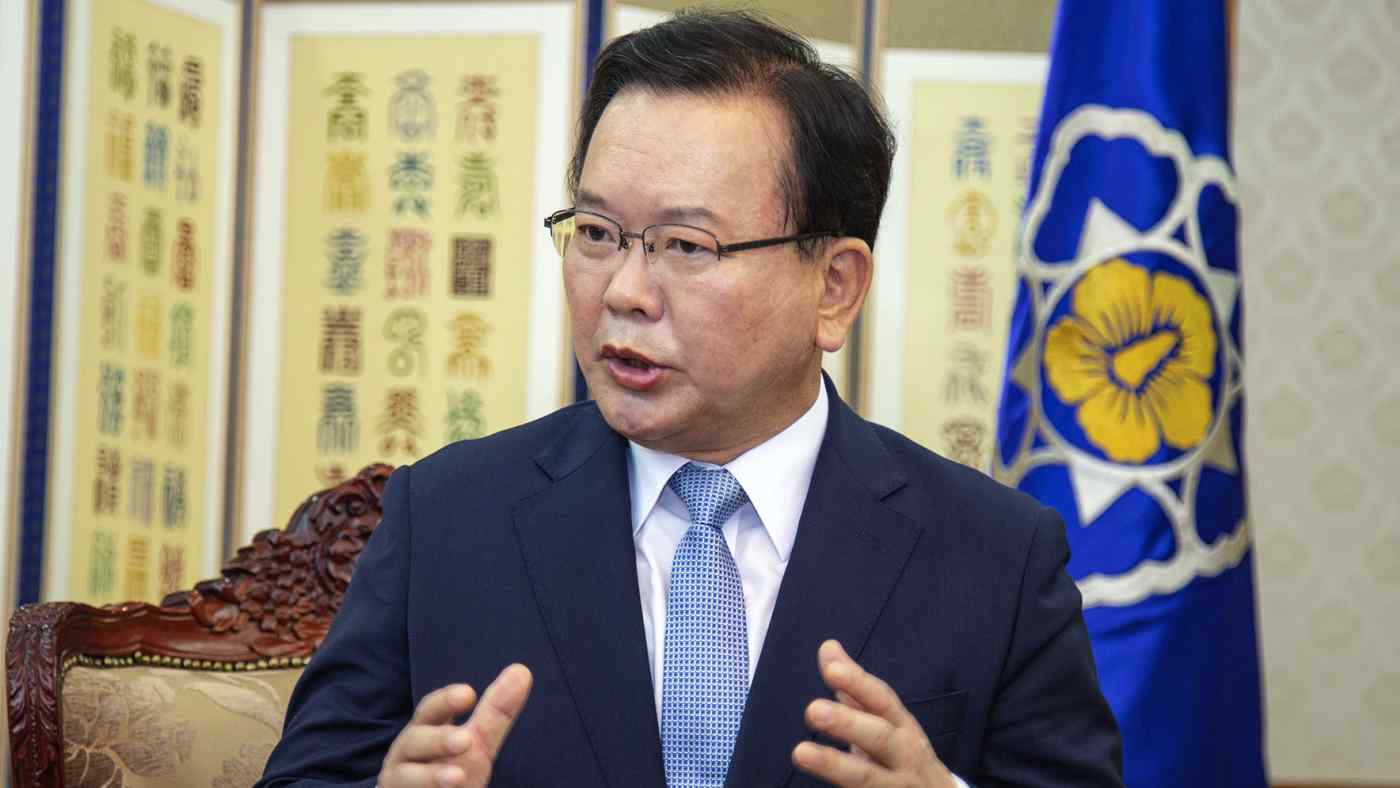 "I think we need a summit between the leaders anytime, if diplomatic officials can discuss this," Kim told Nikkei Asia in an exclusive interview. He expressed hope that such bilateral meetings would "become a platform to establish strong peace in the region, which includes China, North Korea, Russia and the U.S."

Kishida will inherit a relationship with South Korea that has soured over issues stemming from Japan's occupation of the Korean Peninsula from 1910 to 1945, including compensation for wartime labor and so-called comfort women who worked in Japanese military brothels. The sovereignty of South Korean-controlled islets known as Dokdo in South Korea and Takeshima in Japan is another friction point.

But Kim suggested Kishida's inauguration could offer a chance for a thaw, given the new premier's experience. Kishida was Japan's foreign minister in 2015, when the Shinzo Abe government signed a deal meant to resolve the comfort women issue with the administration of then South Korean President Park Geun-hye.

Aside from a summit, Kim said South Korea would consider opening up to travelers from Japan after consultations with health authorities and the Foreign Ministry, as Japan appears to have brought COVID-19 infections under control.

"The two countries should make efforts to come closer" in daily life, the prime minister said. "Among them, I think we should create an atmosphere in which people in both countries could come and go much more freely than now."

Kim said that was difficult to do when Japan's coronavirus cases were surging, but is possible now that the numbers have fallen. Recorded daily infections have plunged from over 24,000 in August to a seven-day average of around 2,000. South Korea is averaging around 2,500, though its cases are on an upward trajectory.

South Korea is weighing what it calls a With Corona policy starting in late October, when more than 70% of its population should complete their vaccinations. Like Singapore and some other Asian countries, it aims to shift living with COVID-19, balancing precautions while enabling normal economic activity.

Before the pandemic, Japan was one of the most popular destinations among South Korean travelers, with millions visiting every year.

On North Korea, the prime minister urged a step to reduce Pyongyang's isolation: allowing the North to return to the Olympics. The International Olympic Committee blocked North Korea from participating in the upcoming Beijing Games in February after it declined to attend the Tokyo Games this summer. Kim says he expects South Korea's chaebol conglomerates to live up to international expectations of "transparency and responsibility." (Photo by Ahn Seong-bok)

"Considering the IOC pursues peace for humanity, I ask the committee to generously consider giving North Korea a chance to come to the international community again," Kim said, arguing this would help lower tensions on the peninsula and contribute to efforts toward the North's denuclearization.

Although Seoul has not made this stance official yet, Kim said the government would be willing to actively express this opinion to the IOC.

There is a precedent for the North's participation in the Olympics leading up to diplomatic progress. North Korea sent athletes and a high-ranking delegation including Kim Yo Jong, leader Kim Jong Un's sister, to the Pyeongchang Winter Olympics in 2018. Summits with South Korea and the U.S. followed.

However, relations between Seoul and Pyongyang have chilled since 2019, after the U.S. and North Korea failed to reach an agreement on denuclearization.

On the home front, the prime minister said he expects the country's family-run conglomerates, also known as chaebol, to do business according to international standards.

Samsung Electronics Vice Chairman Lee Jae-yong was paroled in August, after serving more than half of a 30-month prison term for corruption. The decision raised fresh questions about equality under the law in South Korea, where convicted business titans often receive leniency.

"I admit that there have been some dark sides as the Korean economy grew rapidly," Kim said. "But, as the third and the fourth generations follow the second generation, they know what the international community demands, such as transparency and responsibility."