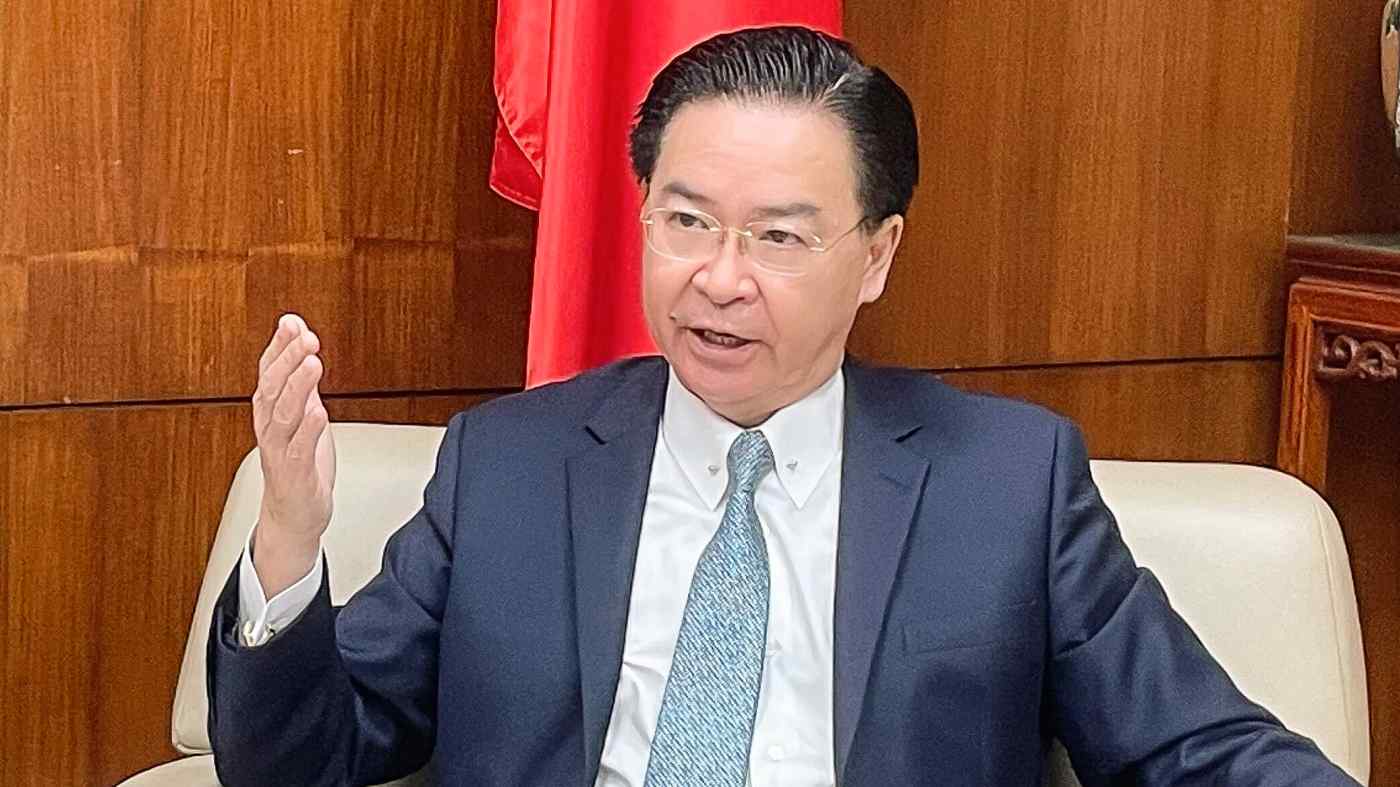 Taiwan's top diplomat told Nikkei Asia in an exclusive interview in Taipei that Beijing's increasing aggression is a global threat.