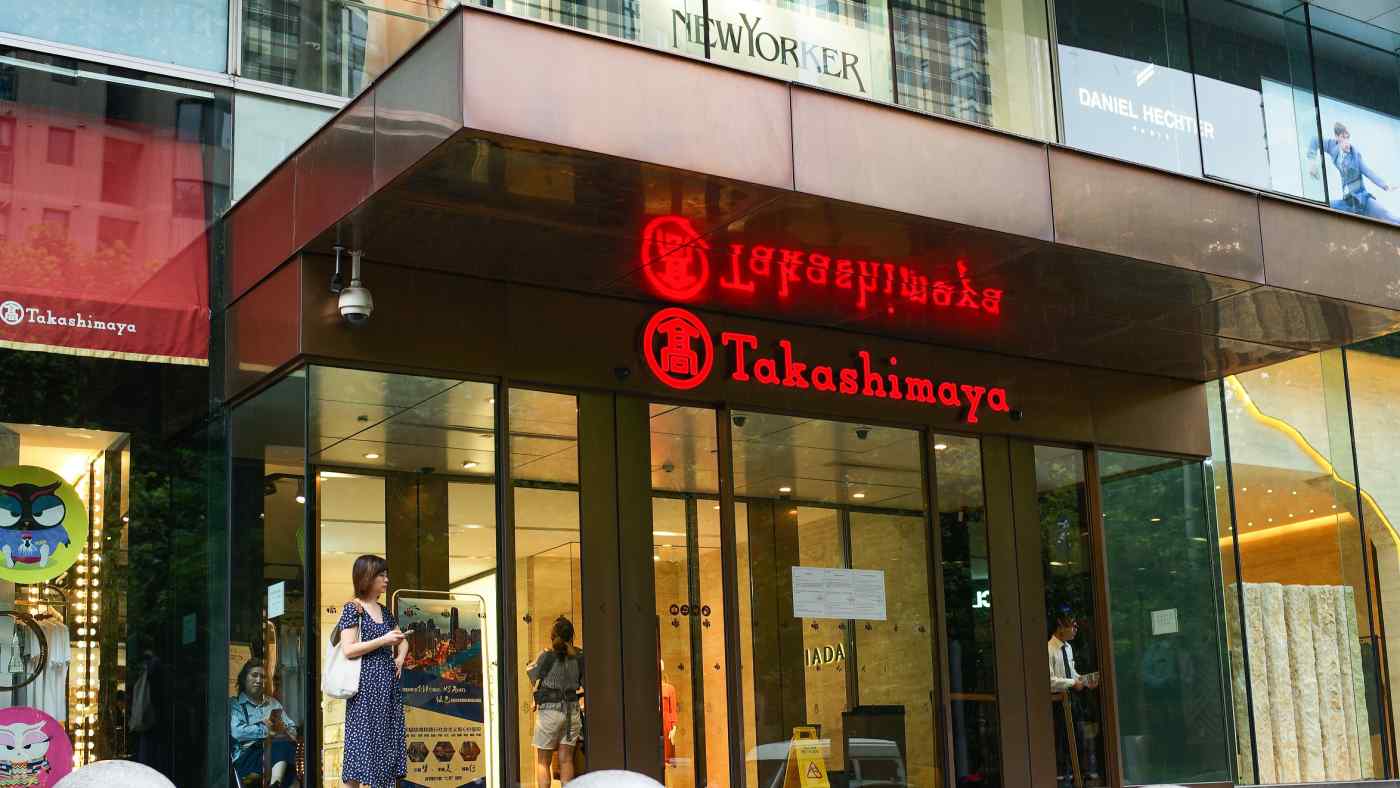 TOKYO -- Japanese department store operator Takashimaya is looking to more than double the profit from its overseas businesses in four years, by fine-tuning product ranges and ramping up channels such as e-commerce in stores located in Asia, president Yoshio Murata told Nikkei in an interview.

The overseas market is one of the growth pillars for Takashimaya as its homeland faces a shrinking population and pressure from other retail outlets. It hopes to boost its annual operating profit outside of Japan to 11 billion yen ($1.55 billion) in the fiscal year ending February 2024, from 3.9 billion yen last fiscal year.

The key to achieving that goal is turning around businesses in Bangkok, Ho Chi Minh City and especially Shanghai, its biggest loss-making store in Asia. Four stores in China and Southeast Asia have yet to generate profit, although Singapore is considered a success story and a cash cow.

While Murata has received requests to launch stores in new Asian markets, the retailer's existing four stores "are the main priority," he said.

The Shanghai store, Takashimaya's sole outlet in China that has been in the red since it opened in 2012, is expected to turn a profit by the fiscal year ending February 2021, Murata said. The company suddenly canceled its plan to close the store in August just two days before the planned shutdown, swayed by a rent reduction offered by the local government.

Murata said the store's rent "is now considerably lower" than it was before -- enough for the location to make business sense, even with the country's continued economic slowdown. "Otherwise we wouldn't have reversed such a decision," he said, adding that the about-face was an unusual move for the company. Given the reduced rent, a sales increase of about 30% would now be enough to generate some profit in Shanghai, Murata said.

But about 30% of the Shanghai store's sales floor remains vacant, as its tenants had already planned to move out. Still, those spaces will mostly be occupied again by February 2021, Murata said. Takashimaya hopes to attract more customers by strengthening Japanese goods, events and e-commerce, with a renewed focus on office workers in the area. It is also considering growing its online sales by working with a local partner. Teresa Lam, vice president of research company Fung Business Intelligence, suggested that "digital transformation is indeed a matter of survival in such a dynamic and competitive environment." China's consumer market is driven by the younger generation, and "it is important for department stores to connect seamlessly with them across different channels," including online and social media, she said.

Murata said the outlook for the Siam Takashimaya store in Bangkok, which opened last year, largely depends on the delayed completion of the BTS Skytrain that is expected to bring more foot traffic to the shopping complex. The store is still expected to suffer an operating loss of 900 million yen in fiscal 2020.

While the Bangkok store currently focuses on high-earning consumers, Murata said there need to be more products for the middle class visitors that will increase with the new train. "Upper-middle product ranges like menswear are not satisfactory," said Murata, who has experience working as a store manager.

Meanwhile, the Takashimaya Vietnam store in Ho Chi Minh City is expected to generate 100 million yen in operating profit this fiscal year, and the president sees it as potentially "another Singapore." The company is also investing in an urban development project in Hanoi, where it is planning to open a bilingual school through a joint venture.

Industry analysts suggest it is worthwhile to be patient with Takashimaya's overseas businesses. The retailer's Southeast Asian outlets "take 10 to 20 years to generate high profit," said Masahiro Matsuoka, co-president at consulting firm Frontier Management, who pointed out that Takashimaya Singapore was unprofitable for a long time after opening in 1993.

Competition is high in the region, even among bricks-and-mortar stores. Among the prevailing department store and mall operators are Central Group in Thailand, Beijing Hualian Group in Singapore and Aeon in Vietnam. Japanese department store chain Isetan Mitsukoshi Holdings is developing a complex of condominiums and commercial spaces in the Philippines, with plans to open a shopping mall in 2021.

Takashimaya's president admitted that Singapore is "starting to have too many stores for domestic consumers," and said the company is expanding direct sales for that market.

The company's Singapore property is also undergoing a three-year renovation project to improve product lineups. The store, which is expected to generate 4.8 billion yen in operating profit this fiscal year, still attracts considerable numbers of tourists from the rest of the region who shop for high-end goods, Murata said.